With the promotion of Michael Che, "Saturday Night Live" has its first non-white head writer

Che takes on the role alongside Colin Jost, who co-hosts "Weekend Update" with him 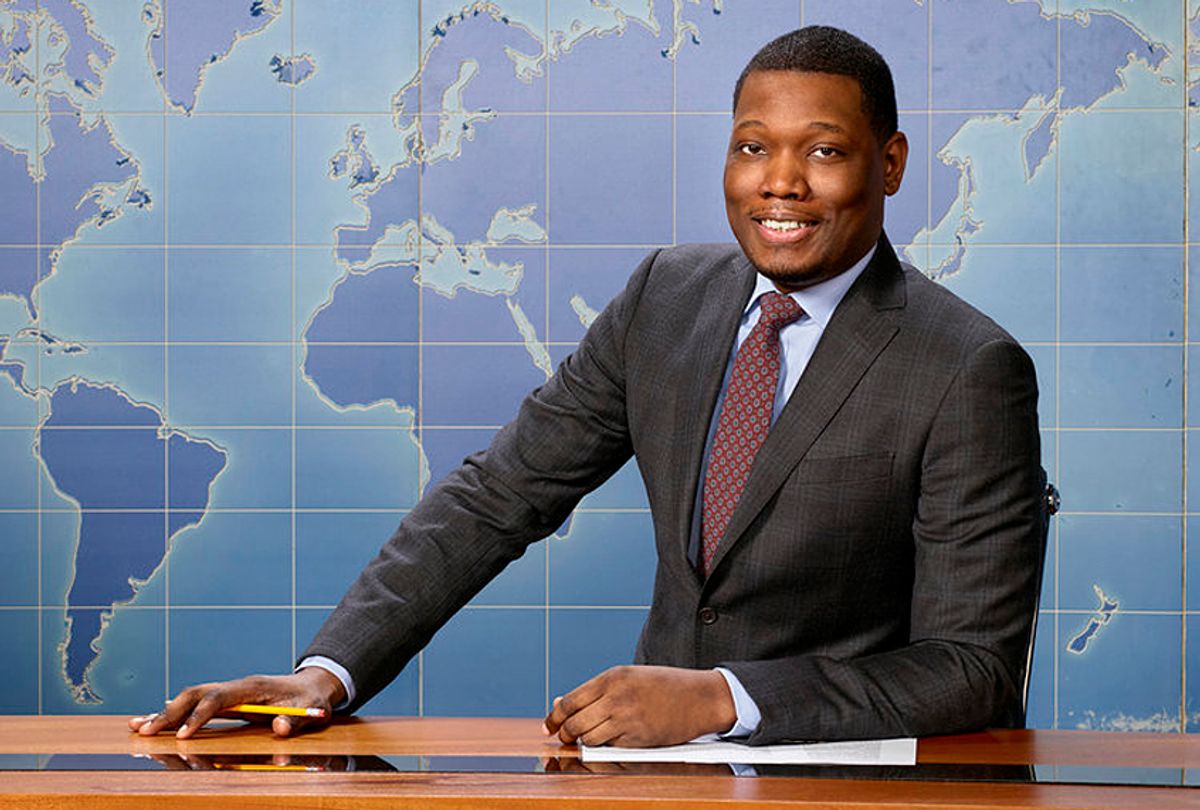 Michael Che has just become the first non-white head writer in the 42-year history of "Saturday Night Live." It brings to end a streak of all-white writer's room leadership that has seen the show on the wrong end of sharp and persistent critique.

Che takes the position alongside his "Weekend Update" co-host Colin Jost, according to New York Magazine. The current head writers, Kent Sublette and Bryan Tucker, will remain in their current positions, meaning "Saturday Night Live" will be helmed by four head writers beginning in its new season. Only Che will be brand new to the job, as Jost served as a head writer from 2012 to 2015 before stepping down to focus on "Weekend Update."

The decision to promote Che is not without some question marks. "Saturday Night Live" flourished last season, in part thanks to the services of more female-friendly comedy writers Chris Kelly and Sarah Schneider, who left after one season to write for their own Comedy Central series. Ratings and reviews have slipped since their departure. The new quartet of writers lacks any women.

Che, by contrast, has gotten in trouble in the past over problematic comments he has made about women on issues such as catcalling (although he has tried to address those concerns in some of his recent skits).

That said, Che also has a track record of major successes to bolster his status as a heavy hitter for the show. Despite early skepticism over his ability to make a "Weekend Update" spin-off with himself and co-host Colin Jost into a success, the series wound up netting high ratings, demonstrating that Che understands what viewers want to see. His sharp "Black Jeopardy" skit was both an instant classic and a sharp critique of both Trump supporters and certain attitudes within the black community.

Along with their announcements about Che and Jost, "Saturday Night Live" has announced that Sudi Green and Fran Gillespie will become the new writing supervisors, according to USA Today.

"Saturday Night Live" has been a ratings behemoth in recent seasons, and its popularity among audiences has been matched by its strength during the awards season. "Saturday Night Live" managed to win nine Emmy Awards out of 22 nominations this year for the 2016 season, including an award for Alec Baldwin for Outstanding Supporting Actor in a Comedy Series for his iconic depiction of President Donald Trump.