Not another Trump University: Does Arizona need Woz U? 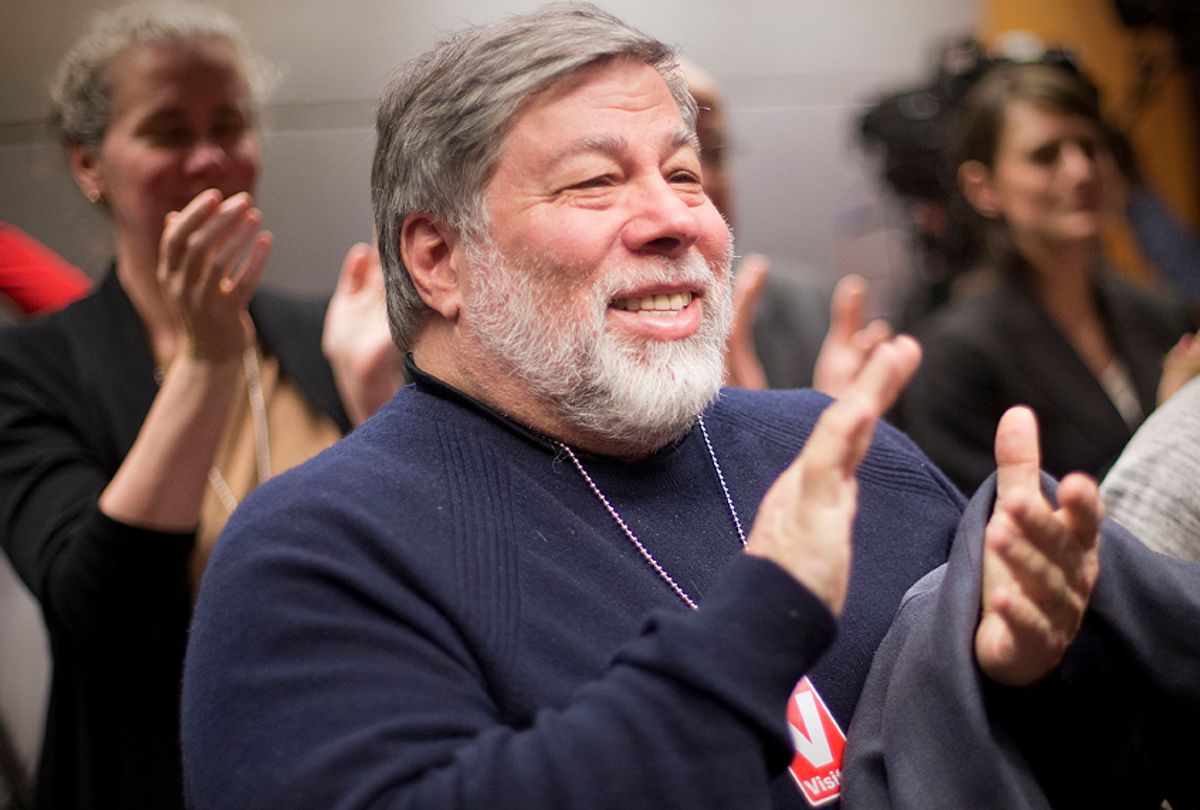 At an October tech conference in Arizona's Paradise Valley, Apple co-founder Steve Wozniak announced a new online technology education platform called Woz U. He expressed hope it would revolutionize the industry and become the standard for software and technology education. “Our goal is to educate and train people in employable digital skills without putting them into years of debt,” Wozniak said. “People are often afraid to choose a technology-based career because they think they can’t do it.”

As of now, Woz U only offers two 33-week courses for customer-support specialists and software developers, both MOOCs, or massive open online courses. But Wozniak’s plans don’t stop there, as he also hopes to add data science, mobile application and cybersecurity programs to the curriculum.

Woz U, which will be based out of Scottsdale, has plans to expand the school into physical campuses all across the country, with the goal of setting up campuses in more than 30 cities across the country and another 15 internationally. This initiative, called Woz Academy, will begin in 2018, although no future sites have been announced. Another part of Wozniak’s plan, called the Accelerator, is to create a different kind of school that will aim to attract elite tech talent and innovators to participate in an immersive 12-month program that will offer paid internships. The Accelerator will also have a physical campus in a yet undisclosed location in Arizona.

Woz U has already run into some issues within the state regarding accreditation and logistics. The school does not have a physical campus, but does have an office in Scottsdale that will serve as its headquarters. The Arizona State Board for Private Postsecondary Education, the state agency that regulates for-profit schools, announced Woz U is not licensed to operate in Arizona.

Because the news release and website for the school describe it as an “Arizona-based” school offering classes with headquarters in Scottsdale, that would mandate it get a license or face a Class 3 misdemeanor if the school advertises, recruits students or operates without a license.

The programs being offered now are run by a for-profit education company called Southern Careers Institute, which doesn’t have the best track record of success for its students. Only 31 percent of the students who attend SCI graduate, a staggeringly low score, even among for-profit schools.

According to the website, the school is working in partnership with Exeter Education, whose CEO, Brent Richardson, was the former chairman of another for-profit school in Arizona, Grand Canyon University. The premise of Woz U wouldn’t be a new one, as there are other similar programs that used MOOCs to teach tech-based skills. But the other elements of his proposed goal for what the school will become are surely innovative on the surface.

However, Woz U currently doesn’t offer any form of degree or certification for completing the courses offered at the moment. Aside from the two MOOCs offered, those interested are limited to requesting more information about what the program will look like eventually. The site itself outlines the vision for the school, but for the time being it offers nothing but the prospect of something better coming in the future, albeit with the Woz’s stamp of approval.

But with Woz U’s partnership with a for-profit company, it raises questions of why it chose Arizona to set up shop.

History of for-profit education in Arizona

Arizona is a state that welcomes for-profit colleges with open arms. Arizona has 26 different for-profit colleges, ranging from job-specific schools for cosmetology and auto mechanics, to more traditional or online schools like the University of Phoenix.

Arizona is more than just welcoming to for-profit schools; it may be the best place in the country for them. The country’s largest for-profit college, the University of Phoenix, was established in Arizona because, as the founder John Sperling once told the Arizona Republic, there were no regulations. It’s no coincidence that the school’s name also adorns the Arizona Cardinals football stadium, providing, if nothing else, a symbolic representation of the significance of for-profit education in the state.

Arizona politics are also heavily influenced by the lobbying arm of the for-profit education industry. Arizona Senators Jeff Flake and John McCain worked to nix an investigation by the Pentagon into aggressive recruiting practices aimed at veterans by the University of Phoenix, whose parent company was one of the primary campaign contributors for both senators. A bill was proposed last year in the state Senate to lower the state property tax for for-profit colleges from 18.5 to 5 percent, which would essentially only benefit schools with a physical campus like Grand Canyon.

For-profit education has its many detractors, who cite a multitude of issues that plague the industry. Large for-profit schools such as ITT Technical Institute and Corinthian Colleges were shut down in 2016 because of predatory advertising practices and a failure to ensure students become gainfully employed, or in other words, are able to get jobs that make it possible for them to pay off their debt. For-profit schools have also been criticized for taking advantage of first-generation students, minorities and veterans by deceiving them and not delivering on promises of career advancement and job placement, let alone graduation.

Many have argued that for-profit schools take advantage of these types of students who might not be aware of other options available at traditional two- and four-year public institutions. They have also been the subject of a number of investigations and studies that have shown for-profit schools have higher default rates on loans, are more expensive than public colleges and have lower graduation rates than their public counterparts. Perhaps the most famous example of a for-profit institution taking advantage of students is Trump University, which was owned and operated by Donald Trump and was open from 2005-10. Now defunct, Trump agreed to a $25 million settlement with over 3,700 former students, who alleged in a class-action lawsuit the school took advantage of them. They argued they were defrauded by the school, pressured into paying thousands of dollars for real estate seminars that failed to deliver on the promises advertised. The suit claims they were pressured into signing up for the expensive seminars through aggressive sales techniques and false promises on the curriculum and business opportunities. Trump denies any wrongdoing and has even hinted at reopening the school in the future, despite the settlement.

Not all for-profit schools are bad, as there are a number of trade and vocational schools that are highly successful in training and educating new professionals. They also serve a vital role in the education ecosystem, in that they are responsible for filling a major gap in the marketplace for skilled workers by graduating almost half of all the associates degrees for computer science and information technology.

Those that run afoul and fail, however, especially such large schools like ITT and Corinthian, present a number of problems. More than 90 percent of students at for-profit schools rely on federal loans to pay for school, compared to 43 percent of students at public colleges. The schools themselves also rely heavily on federal funds, so when the schools go belly up like many did last year, the students are left in crippling debt and the taxpayers are footed with the bill.

Is Woz U different from other for-profit schools?

The concept of Woz U is noble one, and it certainly hasn’t defrauded any students. Another part of the plan is to fund K-12 programs that focus on science, technology, engineering, the arts and mathematics (STEAM). But while it may look promising to some, to many it could just be another school offering the promise of career enhancement and opportunity with no proof that it can do either.

The timing of the announcement to create another for-profit school is interesting as well. In 2016, the Obama administration placed restrictions on schools and began monitoring those who were defrauding their students or not equipping them with gainful employment. Schools found to violate the rules would lose federal funding or accreditation, as was the case with ITT and Corinthian. But the new administration and education Secretary Betsy DeVos have already rolled back those regulations, potentially ushering in another wave of for-profit schools unencumbered by rules that help protect the interests of students.

Woz U promises to educate and train, without going into years of debt, but with no degree or certificate programs, will the price be worth it? Wozniak's personal investment in the school seems to be a good sign for the school and its potential students, but that gets tricky when the school worries more about the bottom line than preparing its students for successful lives and careers. The school could become a hotbed for innovation like envisioned, but the history of for-profit schools may suggest otherwise.