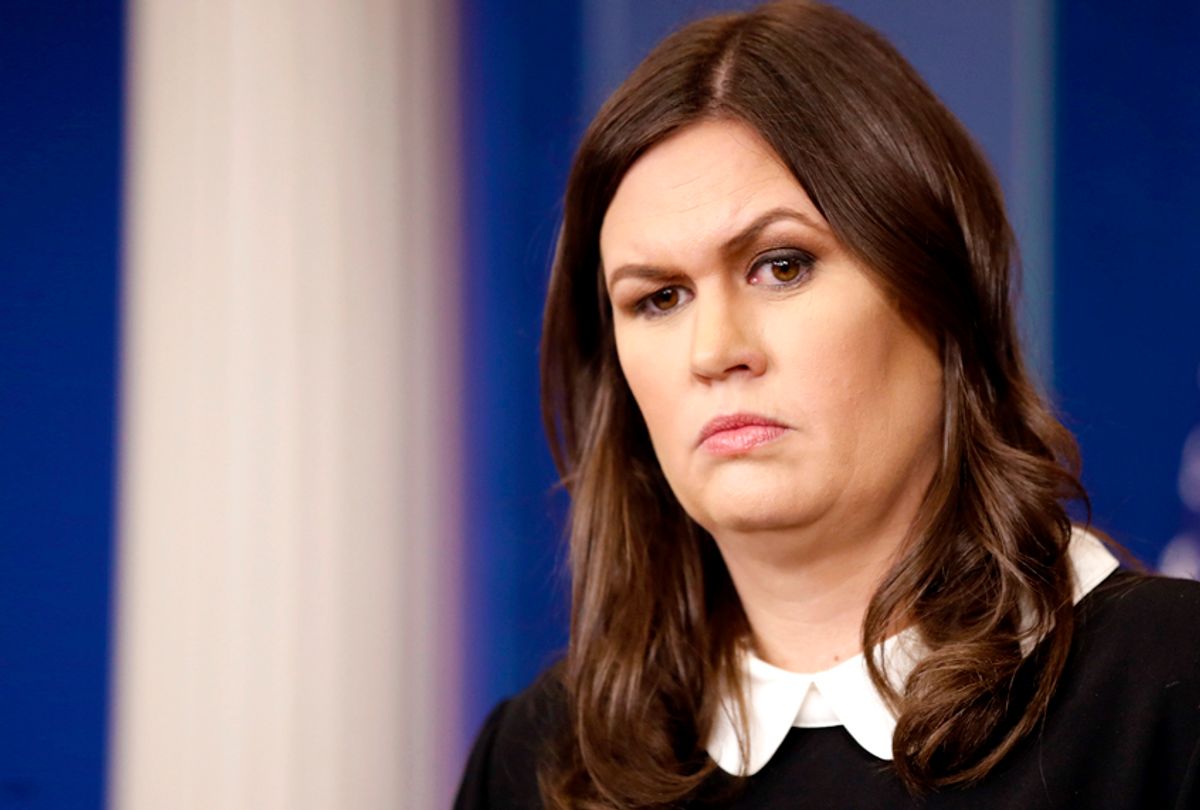 Much more has been said about White House press secretary Sarah Huckabee Sanders than what she herself has said during her tenure as President Donald Trump's chief spokesperson. Even by the standards of the woman who's in charge of America's most vapid display of political theater, Tuesday was not a good day.

To be fair, Sanders was dealt a bad hand. After waking up, the president slammed Sen. Kirsten Gillibrand — a New York Democrat who has called for an investigation into the sexual harassment and assault allegations against Trump. Trump responded in one of the worst ways possible, by seeming to imply that Gillibrand had offered sex for political donations.

During Tuesday's press briefing, Sanders tried to swat away the obvious sexual innuendo, telling reporters that it only sounded that way if "your mind is in the gutter." In saying that, she didn't really consider whom she was talking about.

President Trump lives in the gutter. Here's a man who went on Howard Stern and talked about his sex life multiple times. A man so focused on sex that, in the middle of a discussion on national television, he interrupted a contestant on his reality TV show to say that seeing a celebrity on her knees "must be a pretty picture."

In short, Sanders' defense was probably one of the weakest ones there could possibly have been.

But one botched presidential defense doesn't make a story in the 2017 news cycle. Because Sanders also tried to prevent Trump from being asked about it and threatened CNN reporter Jim Acosta, who wanted to do so. Here's what Acosta told Wolf Blitzer about what happened when he attended a press event for the president's signing of the National Defense Authorization bill Tuesday afternoon:

In the moments before I asked the president the question in the Roosevelt Room as he was signing the National Defense Authorization bill, the White House press secretary, Sarah Huckabee Sanders, pulled me aside — this was prior to me asking that question of the president. And she warned me that if I asked the president a question at this pool spray, as we call them, that she could not promise that I would be allowed into a pool spray again.

Wolf, this was a direct threat coming from the press secretary to me, warning me not to ask a question and, of course, I went ahead and asked the question anyway and the president did not respond. But Wolf, as you know, we don’t respond to threats, we’re not going to be intimidated.

It remains to be seen whether Sanders will follow through with her threat, but one thing's clear: The sooner the White House press corps realizes how meaningless the communications office is, the better off they will be.