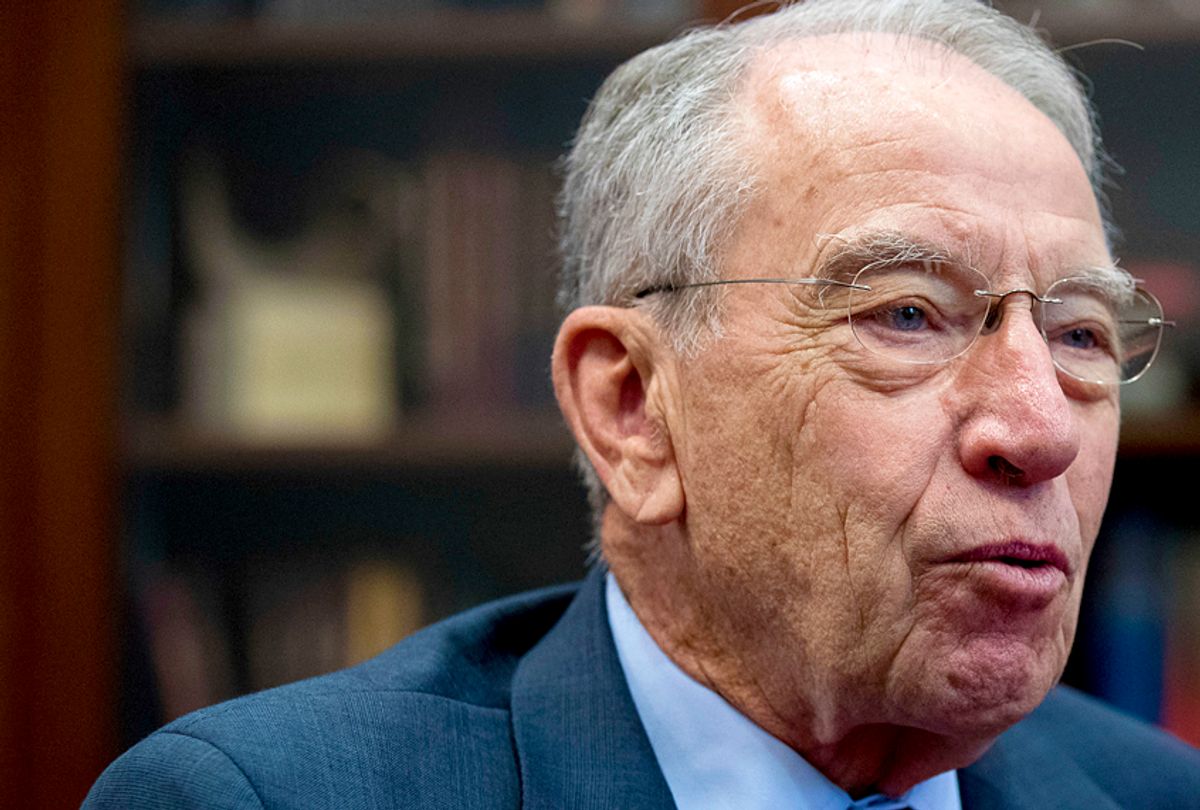 Both the Washington Post and BuzzFeed News have reported they’ve received confirmation from the White House that the controversial nominations of Jeff Mateer and Brett Talley for federal judgeships will no longer advance in the confirmation process.

This comes after a tireless effort from Trump’s administration which has tried to cram potential judges through the Senate Judiciary Committee selection process at a rapid pace.

Grassley, an Iowa Republican who chairs that committee, top Republican, strongly urged the administration to think twice about those two names:

"While the senator believes that Brett Talley is a great young attorney, he spoke with him last week and asked for his letter of withdrawal in hopes that Mr. Talley can gain more experience," Shelby spokesperson Blair Bailey Taylor said in a statement.

The nominations of Mateer and Talley have been controversial from the start. CNN broke the news that Mateer, who currently serves as the first assistant attorney general of Texas, said in 2015 that transgender children were part of "Satan's plan." Talley has never tried a case and was rated as "not qualified" by the American Bar Association, amid reports he had worked as a paranormal researcher, or "ghost-hunter," in Alabama. More recently the controversy heightened when a 2011 online comment resurfaced in which Talley appeared to defend the early Ku Klux Klan.

In a rare display of senatorial comity, the disapproval of these nominations has crossed party lines. Sen. Dianne Feinstein of California, the top Democrat on the Judiciary Committee, wrote a statement urging Grassley to slow down the entirety of the nomination process:

"I would hope that Chairman Grassley's request that the White House pull these nominations leads him to reconsider the breakneck speed at which the Judiciary Committee has been considering nominees," Feinstein said. "Moving so quickly makes it more likely that senators will be caught by surprise and end up having to vote for someone whose record they weren't fully aware of."

It’s unclear who Trump may next pick to fill the vacant federal court seats.