How neo-Nazis recruit: Highlights from the Daily Stormer style guide 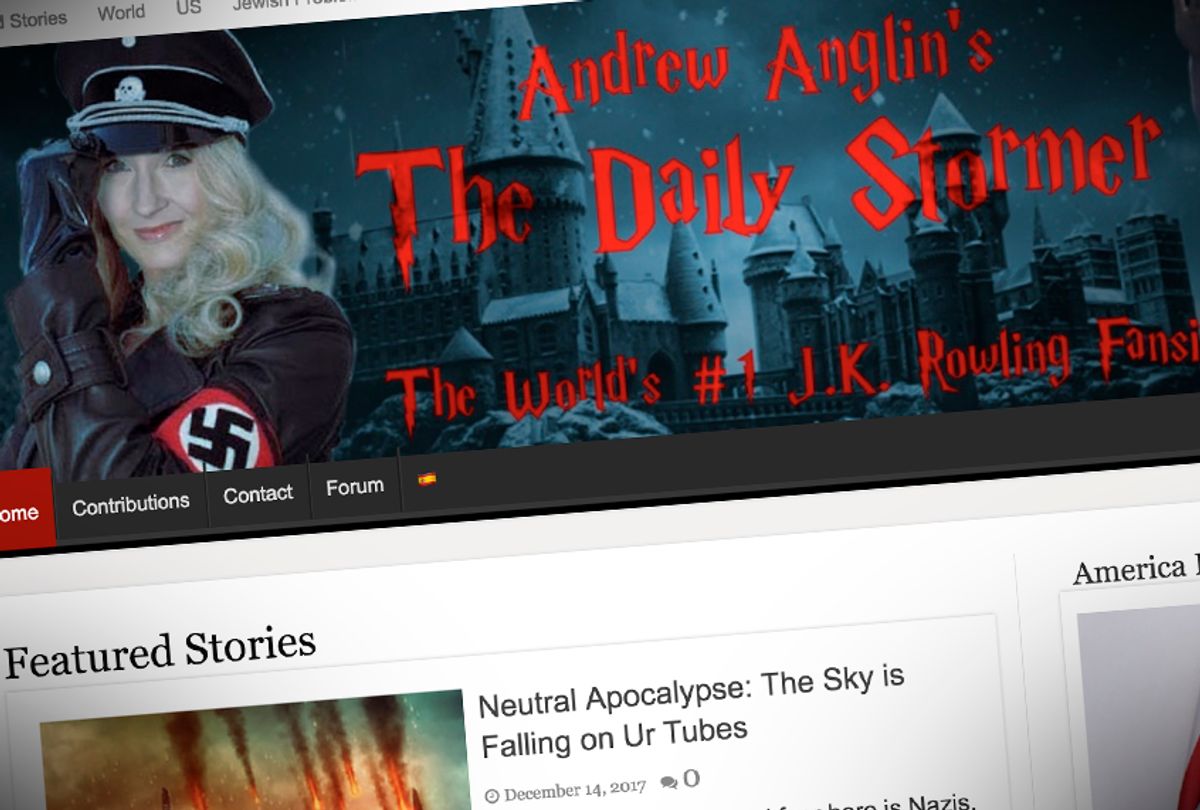 While the average person likely hasn't heard of the neo-Nazi website The Daily Stormer, the site is a go-to source for many established and emerging white supremacists. And though its rhetoric appears preposterous and offensive to most Americans, behind the scenes the site's operators have a well-organized, carefully-packaged machine to recruit new members. Huffington Post reporter Ashley Feinberg uncovered a leaked copy of the website’s style guide, which exposes The Daily Stormer's recruitment tactics. While an incredibly disturbing read, the leaked style guide also provides insight into how white supremacists turn average people to their cause.

First, the style guide explicitly encourages the use of racial slurs. “Generally, when using racial slurs, it should come across as half-joking — like a racist joke that everyone laughs at because it’s true,” the guide says.

It also specifically encourages the use of oppressive and derogatory terms for women, and says that when writing about women, the writer should “blame Jew feminism for their behavior.”

The appalling instructions don’t stop there. The style guide goes on to explain that The Daily Stormer isn’t a “movement site,” but an “outreach site” — in other words, a recruitment vehicle for white supremacy.

In the same section, it asks writers to read Hitler’s doctrine of war propaganda, chapter six of “Mein Kampf,” in which Hitler offers insight into the use of propaganda by the Nazi Party. Propaganda was a powerful weapon for the Nazis to establish and grow their movement in Germany. The Nazi Party famously used newspapers and films to push their propaganda.

All of this should be done in what the style guide refers to as a “lulz” manner. “The tone of the site should be light. Most people are not comfortable with material that comes across as vitriolic, raging, nonironic hatred. The unindoctrinated should not be able to tell if we are joking or not. There should also be a conscious awareness of mocking stereotypes of hateful racists,” it says.

You can read the full document via the Huffington Post here.