Joe Biden regrets how he handled Anita Hill: "I owe her an apology" 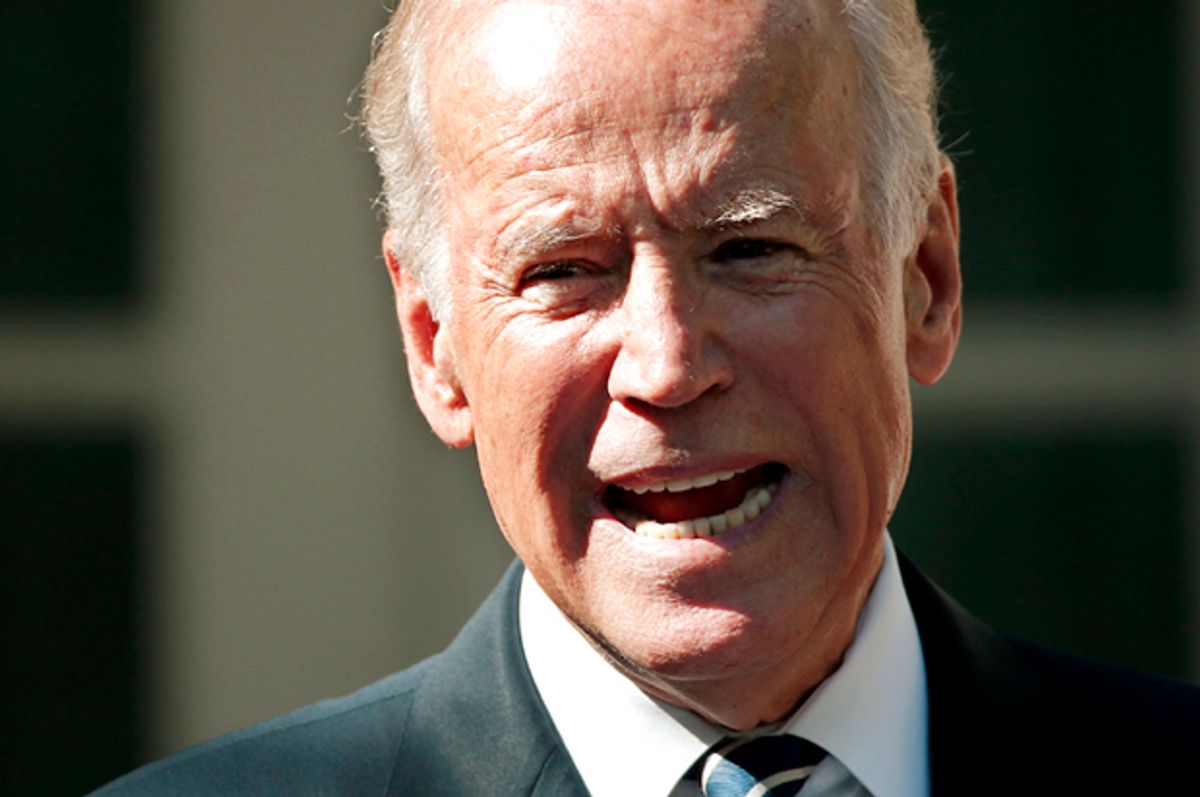 Former vice president Joe Biden is apologizing to Anita Hill, the law professor who accused Clarence Thomas of sexually harassing her during her 1991 testimony against his confirmation to become a United States Supreme Court justice.

"I believed Anita Hill. I voted against Clarence Thomas. And I insisted the next election — I campaigned for two women Senators on the condition that if they won they would come on the Judiciary Committee, so there would never be again all men making a judgement on this," Biden told Teen Vogue in an interview published on Thursday. At the time, Biden was the chairman of the Senate Judiciary Committee. Although he opposed Thomas' confirmation and ultimately voted against him, he was widely perceived as allowing Republicans hostile to Hill to dominate the proceedings and define the narrative around attacks against Hill's character.

Biden alluded to this criticism in his interview, adding that "my one regret is that I wasn’t able to tone down the attacks on her by some of my Republican friends. I mean, they really went after her. As much as I tried to intervene, I did not have the power to gavel them out of order. I tried to be like a judge and only allow a question that would be relevant to ask."

Biden also defended his own conduct, claiming that he had tried to create a stronger case against Thomas but ran into obstacles beyond his control.

"I wasn’t able to convince three women we’d subpoenaed to cooperate with testimony," Biden told Teen Vogue. "At the last minute they changed their mind and said they wouldn’t do it. I had them sign an affidavit saying, 'I want you to come, and you’re saying, No, I will not come.’ In retrospect, some, including Anita, think I should have subpoenaed them no matter what. The reason I didn’t, I was worried they would come and not corroborate what she said and make — I mean, Clarence Thomas only won by two votes. And we still thought we had a chance at beating him."

He added, "I wish I had been able to do more for Anita Hill. I owe her an apology."

In an interview with The Washington Post Magazine last month, Hill acknowledged that "some part of" Biden's earlier attempts at apologizing to her had been genuine, but she added, "I still don’t think it takes ownership of his role in what happened."

During a Wednesday appearance on ABC's "The View," he comforted co-host Meghan McCain when she teared up talking about her father's battle with brain cancer.

"Look, one of the things that gave Beau courage, my word, was John (McCain). Your dad, you may remember when you were a little kid. Your dad took care of my Beau," Biden told McCain.

He added a charming anecdote, "We're like two brothers who were somehow raised by different fathers or something because of our points of view. Even when your dad got mad at me, said I should get the hell off the ticket, and remember what I said about your dad? I said, I know, and I mean this sincerely, I know if I picked up the phone tonight and called John McCain and said, ... 'I need your help, come,' he'd get on a plane and come. And I would for him."