Donors hope to get $30 a pop for their plasma, but sometimes they aren't even paid what they're promised 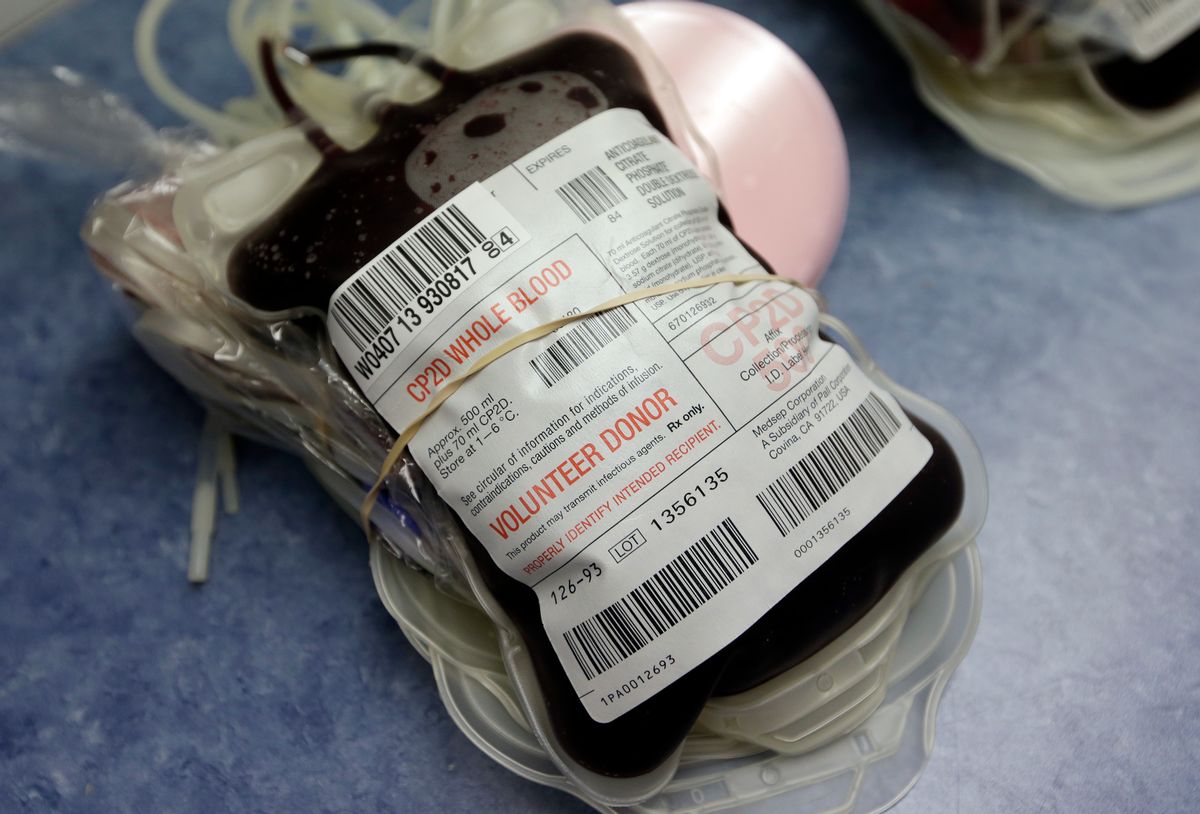 Here’s another example of wealthy corporations sucking poor people dry—literally. While many good samaritans donate blood or bone marrow out of good will, others sell their bodily fluids on a biweekly basis just so they can make ends meet. Multimillion-dollar medical companies know this, and eagerly take advantage. The for-profit plasma donation industry has been quietly targeting poor Americans for decades, and sometimes, the donors aren’t even paid what they’re promised.

Plasma is used to manufacture medicines that help people with diseases like blood-clotting and immune deficiency disorders. According to ABC, 94 percent of the plasma used internationally comes from the U.S. Four out of 5 American plasma centers are located in poorer neighborhoods around the country, and are frequented mainly by poor people who need to supplement their income with the extra money they receive from donating. These donors receive $30 to $40 per donation on average. Compare that to the biotech companies that turn a profit from the plasma, estimated to be a $19.7 billion global industry.

Darryl Lorenzo Wellington, who wrote in a piece for the Atlantic that he donated plasma to pay his rent one month, explains how for-profit plasma companies are well aware they are making money off of poor donors. He writes, “the number of centers in the United States ballooned during the Great Recession, with 100 new centers opening and total donations leaping from 12.5 million in 2006 to more than 23 million in 2011.”

Some reports show that donors who frequent these for-profit plasma donation centers don’t end up being paid the amount they were promised.

As one plasma donor wrote in a complaint on RipoffReport:

“Bio life plasma Mankato pays $20 the first donation of the week and 50 for the second[. T]he problem is you can't get to all your money because of the car[d] that they use to pay you is in $10 increments which no ATMs around have so therefore you have to pay every time you use the stupid card when you happen to have a week where it's off also they charge You a monthly fee just for having the card therefore if you do get a $50 donation and are able to take it out for whatever reason you have overdraft on said card so therefore you can't get your money you have to use their card and guess what they make money off of it these people are bloodsucking vampires.”

Wellington confirms this unfair payment process: "'Plassers' [donors] receive payments on a special debit card that extracts a surcharge whenever they use it.”

It’s a cruel move for people who come to plasma donation centers as a last resort. One donor told ABC, “I donate specifically for the money because I work a minimum wage job. I work as a cashier and a stocker. I used to work as a repair technician for 14 bucks an hour, so I’m used to more than what I’m getting.”

Another donor in Kansas City who has a day job at Burger King said he makes donating a regular part of his routine. “I go Fridays and Sundays. Right arm I use Friday. Other I use Sunday. I switch up every time.”

Not everyone in the health industry is a fan of for-profit plasma. The Atlantic writes, “Hospitals, Red Cross units, and nonprofit agencies relying on voluntary donations reject the plasma center model because cash incentives for whole blood may give donors an incentive to lie [about their health histories], heightening risks of a tainted supply. Such risks are higher overall for whole blood, too.”

One expert on the subject finds the practice notably creepy. “For a majority of people, apparently, it’s relatively safe. We really don’t know the long-term effects because it’s a relatively new phenomenon," Roger Kobayashi, a clinical professor of immunology at UCLA, told ABC. However, he said that what used to be “a simple gift of life has now evolved into a multi-national, highly profitable corporate enterprise.”

“What was once an act of altruism has now evolved into an act of necessity or desperation,” Kobayashi said.

The Plasma Protein Therapeutics Association said in a statement to ABC News, "Source plasma donation is safe and is highly regulated. Donors must meet criteria defined by the U.S. Food and Drug Administration and voluntary industry standards. Healthy, committed donors are the foundation of plasma-derived therapies."

Yet if donors are desperate enough, there’s no way to monitor the possibility that they’ll lie about their medical history.

The plasma industry has a surprisingly shady history. In the '60s and '70s, the Atlantic writes, for-profit plasma companies used to source donors from prisons, sometimes paying them just $5 per donation to cut costs. As a result, many people got sick. According to the Atlantic, “Roughly 50 percent of American hemophiliacs contracted HIV from bad plasma-based pharmaceuticals (a much higher infection rate than that suffered by gay men at the time).”

One plasma donor told the Atlantic, “Hearing all this, I never want to walk into those places again.”