"He's not going anywhere any time soon," a spokesperson for the Speaker of the House said Thursday 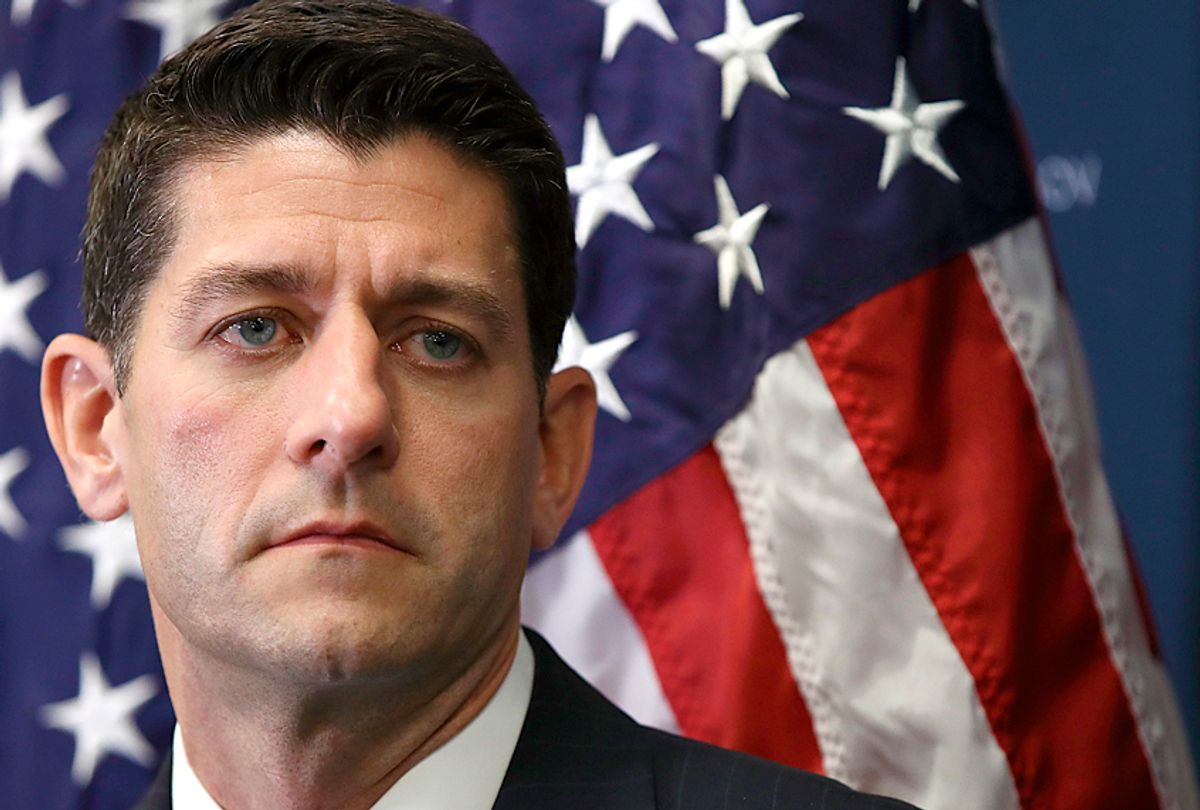 Speaker of the House Paul Ryan was forced to affirm his plans to remain in Congress after the 2017-2019 term following a new report by Politico on Thursday:

Ryan has made it known to some of his closest confidants that this will be his final term as speaker. He consults a small crew of family, friends and staff for career advice, and is always cautious not to telegraph his political maneuvers. But the expectation of his impending departure has escaped the hushed confines of Ryan’s inner circle and permeated the upper-most echelons of the GOP. In recent interviews with three dozen people who know the speaker—fellow lawmakers, congressional and administration aides, conservative intellectuals and Republican lobbyists—not a single person believed Ryan will stay in Congress past 2018.

"I'm not. No," Ryan said to refute the report on Thursday afternoon. His spokeswoman, Ashlee Strong, reiterated to CBS News: "As the speaker himself said today, he's not going anywhere any time soon."

But what would it mean for America if Paul Ryan is left to pursue his longstanding political dreams, untethered by any sense of needing to be reelected or remain popular? If you're a poor or working-class American, it's nothing good.

Ryan has already achieved one of his lifelong political ambitions through the passage of the tax reform bill, which will cost $1.5 trillion and focuses on lowering corporate tax rates and the top tax rate for families and individuals. Although the details of the bill remain murky, it has been widely criticized as a major redistribution of wealth from the poorest Americans to the wealthiest ones. This may explain why 53 percent of Americans believe that the bill won't help them or their families and, just as importantly, that it won't help the economy in any way.

Ryan's other major life goal has been to decimate the welfare state by tackling Social Security, Medicare and Medicaid. Now that he doesn't see himself running for reelection — and thus facing voters' wrath for cutting the social safety net for its most economically vulnerable citizens — he can pursue that goal.

"So Medicaid, sending it back to the states, capping its growth rate, we've been dreaming of this since I've been around — since you and I were drinking at a keg. ... I've been thinking about this stuff for a long time. We're on the cusp of doing something we've long believed in," Ryan infamously told Rich Lowry of the National Review earlier this year.

While it may seem odd for a politician to talk about health policy reforms as a college dream, it makes more sense when you consider Ryan's lifelong affinity for one of America's most notorious classist philosophers — Ayn Rand. In addition to saying that he had been reading Rand's seminal work "Atlas Shrugged" since high school, Ryan has also admitted that it inspired his current interest in economics and that he used to give copies to his interns on Christmas in the hope that they would read it.

"Atlas Shrugged" sends the message that economic policies which help the poor are really simply rewarding laziness, and that the rich deserve their money because they are harder working and more talented than everyone else. In one controversial scene, Rand has a train full of working people die a hideous death and morally justifies it on the grounds that they supported left-wing economic policies.

While Ryan has never advocated anything that extreme, it seems quite likely — based on both his stated youthful ideals and his recent policy initiatives — that he will spend his final years in Congress trying to punish the poor and reward the rich.