Four of them are claiming he raped them 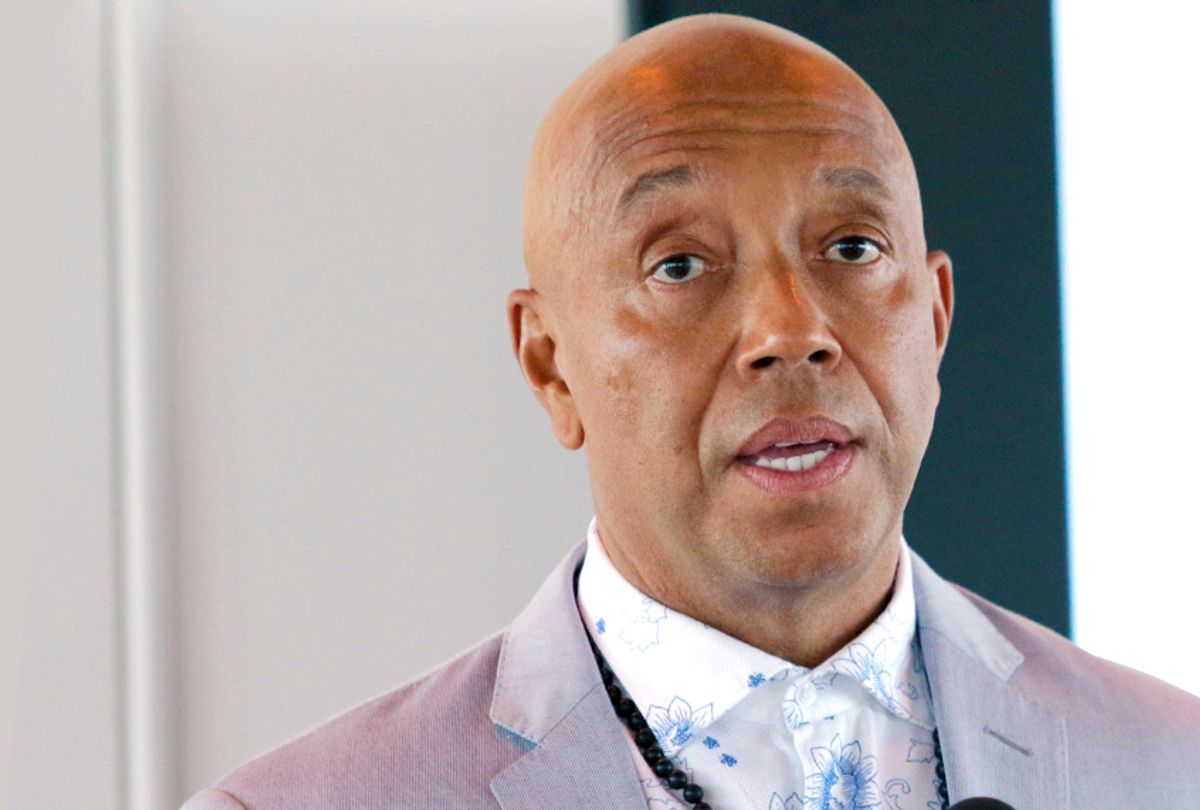 Nine women accused music mogul and Def Jam Recordings co-founder Russell Simmons of sexual misconduct Wednesday in a series of claims tied to alleged incidents that span from the early 1980s to 2016. The allegations, published in the New York Times and the Los Angeles Times join those already levied by model Keri Claussen Khalighi and screenwriter Jenny Lumet against Simmons, bringing the total count of accusers to 11.

At least four of the women say Simmons raped them. Others allege Simmons exposed his erect penis to them. Many say he repeatedly made unwarranted sexual remarks and advances.

In a post on Instagram, Simmons posted, "I have never had a sexual encounter that was not consensual or lawful. Ever." In the same post, he included a longer statement saying, "I vehemently deny all these allegations. These horrific accusations have shocked me to my core and all of my relations have been consensual."

In a statement to the LA Times, Simmons said, "These new stories range from the patently untrue to frivolous and hurtful claims. I want to restate categorically what I have said previously: I have never been violent or abusive to any women in any way at any time in my entire life."

Toni Sallie, a music journalist, told the New York Times that she met Simmons in 1987, and the two went on several dates. The next year, she claims, Simmons invited her to his place for a party, but his apartment was empty when she arrived. "He pushed me on the bed and jumped on top of me, and physically attacked me," she said. "We were fighting. I said no." She says that Simmons then raped her.

Sallie said she did not report the alleged rape because "I was very much in a man’s game . . . black women were just starting to break into the field."

The Times reported that "Black women, especially, felt powerless against Mr. Simmons and his cohort in the small world of urban music, with several saying that misconduct against them could go unchecked because their place in the industry was so tenuous. They feared being ostracized, or worse."

Drew Dixon, a former executive at Def Jam, says Simmons who co-founded the record label, raped her in 1995. She told the Times that she was "broken" and resigned from the label shorty afterwards. Singer Tina Baker also told the Times that Simmons raped her while he was managing her singing career in the 1990s.

The LA Times reported more recent incidents of alleged sexual misconduct. Erin Beattie says that while giving Simmons a massage 2005, "the mogul exposed himself and asked her to touch his penis." "Insecure" star Amanda Seales claims that during a meeting with Simmons in 2016, he used vulgar language and made inappropriate remarks, including asking her if the two had sex previously.

Karen Russell, the former general manager of Simmons' yoga studio Tantris, said the mogul used his power there to pursue women. One woman teacher told Russell that Simmons' was being aggressive and harassing. She resigned in February.

There are several other allegations listed in each exposé ranging from sexual harassment, to trying to force an 18-year-old to perform oral sex, to rape. Simmons denies all claims.

Simmons stepped down from his many business ventures last month after Jenny Lumet accused Simmons of rape in an editorial, and after model Keri Claussen Khalighi accused him of sexual assault when she was 17.

In a statement to the New York Times, Simmons said: "I am devastated by any reason I may have given to anyone to say or think of me in the ways that are currently being described. In recent weeks, some former business, creative and romantic partners have aired grievances as claims I categorically reject. In some of these instances, financial motives and direct contradictory witness testimony has been supplied to the media, which has been completely left out of stories. In the last few days, one woman attempted to extort me for $500,000 only to recant her ridiculous claim. The current allegations sent to me by The New York Times range from the patently untrue to the frivolous and hurtful. The presumption of innocent until proven guilty must not be replaced by 'Guilty by Accusation.'"