The candidate search begins for Omarosa's replacement, thank goodness there is only one requirement for her job 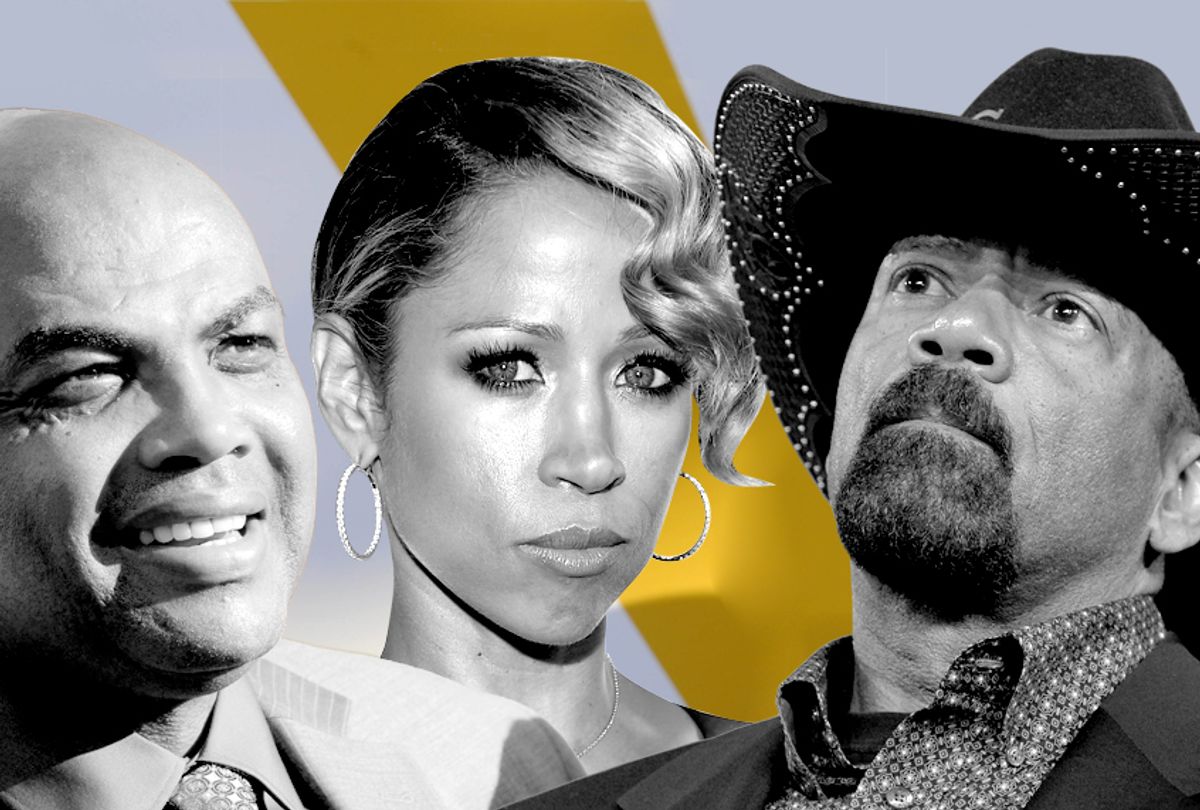 So, apparently Omarosa Manigault Newman was fired by Donald Trump for the third time yesterday, even though she denied it on "Good Morning America" this morning. Manigault Newman was first fired by Trump back in 2004 on the first season of the underwhelming NBC show "The Apprentice." She was fired again by Trump in 2008 from her role as project manager on an even more underwhelming show called "Celebrity Apprentice." And now her reign as director of communications for the Office of Public Liaison for the Trump administration is over.

According to CNN’s April Ryan, Manigault Newman was largely responsible for some of the president's most childlike mood swings. It was Manigault Newman, reports Ryan, who directed a smiling Trump to read articles that trashed him. There is speculation that her manipulations sparked some of the silliest toilet Twitter rants from the 45th president. Sadly, there are little or no meditations available on what might have motivated her meddling. I’m going to miss Trump's Omarosa-insired rants, even though I’m sure there will be more and different public spasms. Chief of Staff, John Kelly, wearied by her antics, determined she had to go. In the course of the abrupt and reportedly dramatic dismissal Manigault Newman was denied an exit interview with the President and escorted from the White House — leaving Trump with a dire shortage of African American employees.

Since I’m a great American citizen who always puts country first, I’m going to recommend some black people that can take Omarosa’s place.

Carlton Banks from "The Fresh Prince of Bel-Air": He’s black, he loves money, dresses in khaki and polo like those rejects from the Charlottesville Race rally who Trump called “good people,” and was president of the junior Republican club of his high school as a black guy!

Charles Barkley from TNT: The heavy weight basketball commenter is kind of like a black version of Donald Trump — a pompous loud mouth who doesn’t really have any interest in facts. Barkley, a long-time republican, and probably the only African American to side with George Zimmerman’s killing of the unarmed teenager Trayvon Martin would fit right in to the administration.

Sheriff David Clarke: This is the only black guy I know of, who hates every black person in the world. Imagine if Roy Moore and David Duke had a black love child. He also has a racist mustache, the first of its kind, exactly the kind of mustache you need to make America great again.

Stacey Dash: ­ Dash is the reigning queen of All Lives Matter! She’s black and she’s a woman which is a great deal because that fills two minority slots for the price of one, just like Manigault Newman.

Donald Trump: (Read this in Trump’s voice) Trump is the only white man with the skill set to be the greatest African American of all time. He can do her job, and be very very, very very, tremendous at it. No need to spend tax payer money, he’ll take care of it while he’s saving the country from eight years of Obama.

Now I don’t know what Omarosa’s responsibility’s were; then again, neither did she, so I believe that all of the candidates above are over qualified for the job. You’re welcome.