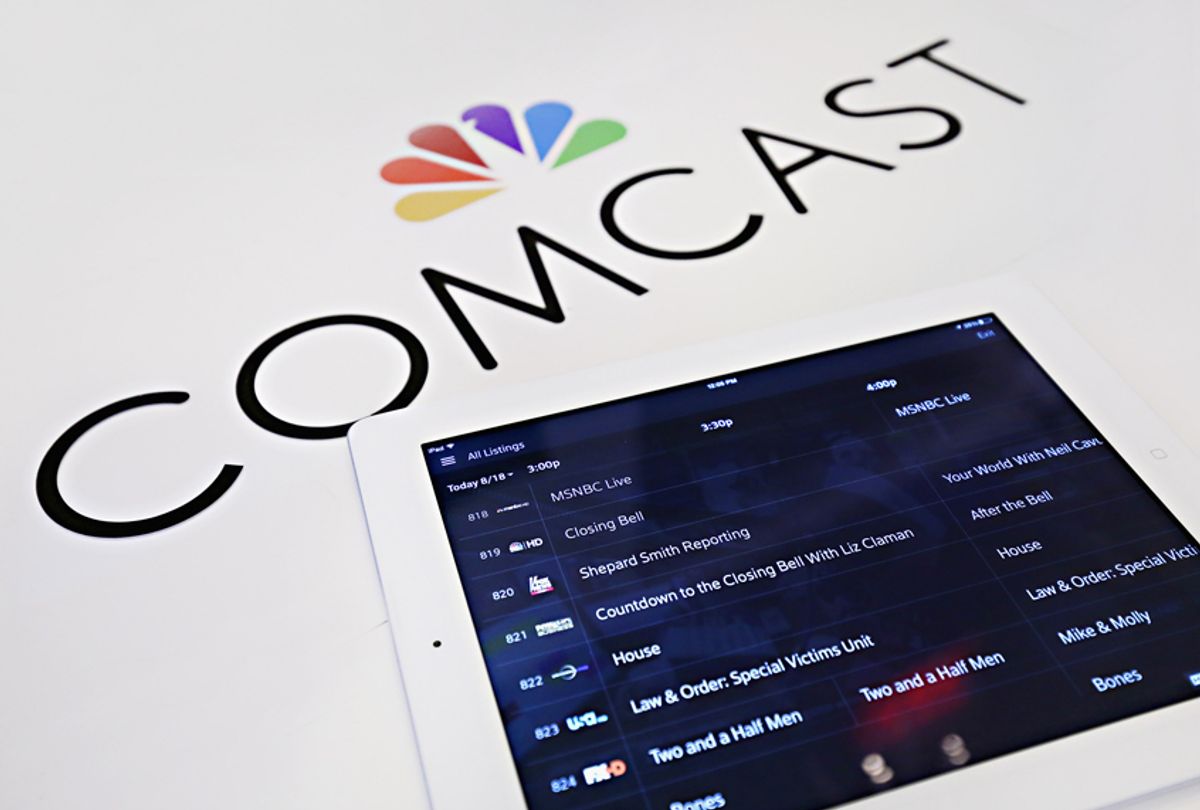 A day after the FCC voted to overturn the Obama administration’s net neutrality rules, many telecom corporations, including Cox Communications and AT&T, have made public statements to clarify that the wildly unpopular rule changes won't affect consumers. (Whether or not one believes them is another matter entirely.)

Others, such as mega-corporation Comcast — which spent millions lobbying to end net neutrality — is flip-flopping all over the place.

A new report on BoingBoing details the way in which Comcast's posted statements about net neutrality have shifted around since April 2017. The article references the Internet Archive, which takes snapshots of web pages at different historical moments, to reveal Comcast's shifting position. It reveals a corporation that is at once conniving, politically shrewd,  and savvy with their public relations.

First, Comcast said that they were “committed to an open Internet,” in a statement that was on their website for years, up until April 27, 2017. From their archived statement from then:

Comcast won't throttle back the speed at which content comes to you.

On April 27, one day after FCC Chairman Ajit Pai announced the vote to eliminate net neutrality rules, Comcast rewrote the above bullet points to now read:

We do not block, slow down or discriminate against lawful content.

We believe in full transparency in our customer policies.

We are for sustainable and legally enforceable net neutrality protections for our customers.

In hindsight, these posts raise the question as to whether conversations may have occurred between the FCC Chairman and Comcast execs long before the vote. If anything, it validates speculation that some internet service providers (ISPs) like Comcast are in favor of the rollback and will take advantage of it, despite claims that they are supportive of an “open Internet.”

Aside from the aforementioned press releases, what else do other ISPs have to say specifically about the rollback? The Verge reached out to 10 ISPs to understand their views on three core pillars of net neutrality: no blocking, no throttling, and no paid prioritization. “Not all of them answered, and the answers we did get are complicated,” they said. AT&T reportedly doesn’t support blocking or throttling websites. Verizon’s stance seems to be a little wishy-washy, as is T-Mobile’s.