As these entertainment companies consolidate, the "Big Six" Hollywood studios will turn into the "Big Five" 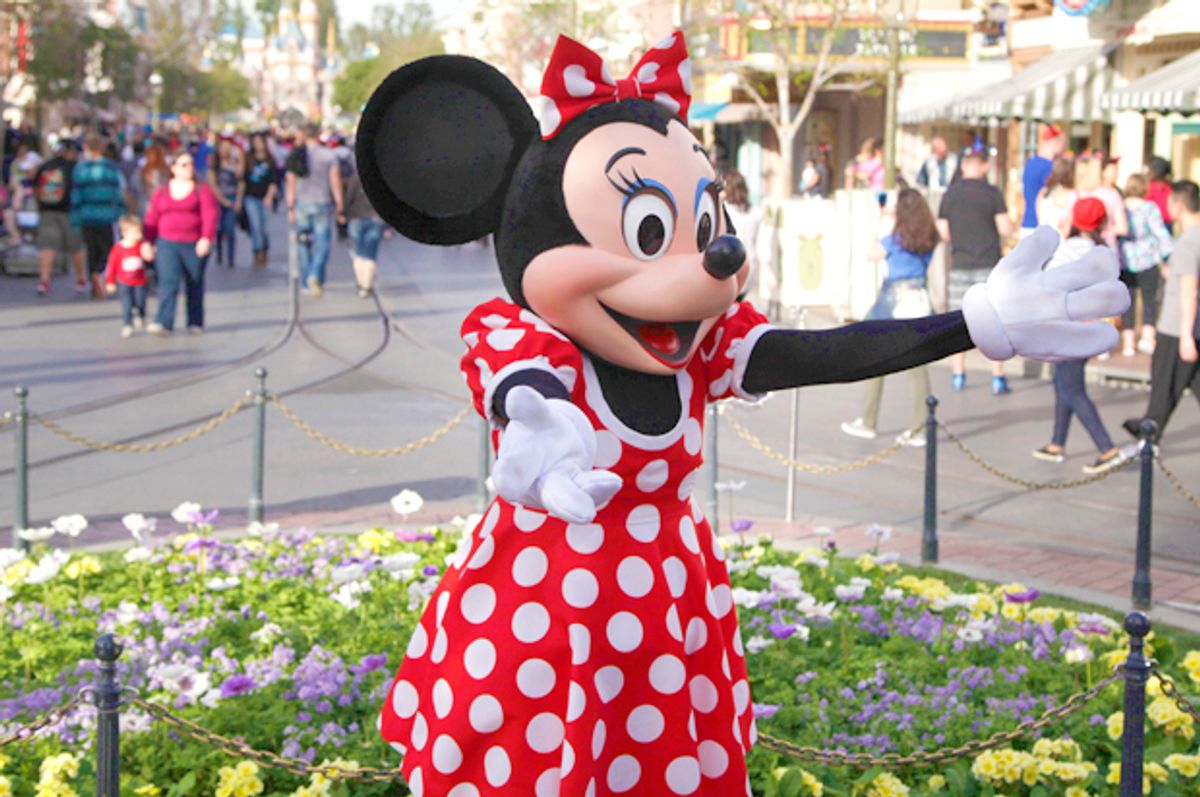 A still-pending deal in which Disney would buy most of the assets of rival studio 21st Century Fox is expected to reduce opportunities for creatives in Hollywood, according to a number of experts who spoke to Salon.  The anticipated merger is not only a disappointment for many TV writers, and creatives who already hustle to survive in an highly competitive industry, but also reflects the big money, pro-big business attitudes typified by the Trump Administration.

"It’s interesting this is happening on the day the FCC voted to repeal net neutrality. This environment we are entering makes the emergence of a new Netflix less likely because there is no longer a level playing field,” Ellen Stutzman, Senior Director of Research & Public Policy at the Writers Guild of America West, a union that represents much of the writing talent in Hollywood, told Salon.

After the Walt Disney Company announced Thursday that it had reached a deal to pay a reported $52.4 billion for most of Rupert Murdoch’s storied studio empire, news of the buyout caused panic among many in the industry. The acquisition would be historic: Not only would it make Disney the biggest studio in Hollywood, but it would reduce the renowned "Big Six" Los Angeles film giants into a "Big Five," in effect changing the corporate calculus of Hollywood, and possibly cutting opportunities for independent TV writers, screen writers, and creatives. "Where do creatives go to pitch their ideas?" lamented Matt Goldberg in a Collider article. "The number of major studios that will back an R-rated film goes from five to four, and if those four say “No”, that movie doesn’t get to exist," Goldberg continued, referencing Disney's notorious eschewal of R-rated films.

The acquisition would give Disney majority ownership over Fox’s regional sports networks, as well as ownership over many flagship television and film series including The Simpsons, X-Men, Avatar, and Family Guy. A few networks, including Fox News, are not included in the deal, the Times reported.

Others wondered over the future of online streaming services, and whether Disney's move was a calculated strike against Netflix. Disney had been plotting its own streaming service prior, for which they announced a live-action Star Wars series. However, Disney previously owned 30 percent of streaming service Hulu, which had been a joint project of multiple Big Six studios, and whose equal shares formed a sort of detente: Disney, Comcast and Fox each owned 30 percent, while Turner owned a 10 percent share. Disney's acquisition of Fox tilts the ownership share of Hulu significantly: now, Disney will control 60 percent of the streaming giant, leaving Comcast with a 30 percent share and Turner with 10 percent. This tilted scale leaves Hulu, creator of renowned original series like "The Handmaid's Tale," in unsteady waters.

Speaking of uncertainty, many workers at either company may be left in the lurch as the buyout takes place. A Los Angeles Times article earlier this week speculated that many managers may find themselves in redundant positions, and possibly face layoffs. According to a Deadline report, sadness and uncertainty have permeated the offices of 21st Century Fox, headquartered in the LA area. The company’s chairman and CEO, Stacey Snider, reportedly cancelled her trip to D.C. to stay in L.A. to talk to upset employees, reassuring them that everything will remain “status quo” for the next 12-18 months.

According to the Writers Guild of America West, the mood within Fox's L.A. offices aligns with the way that other writers in the industry have been feeling, many of whom have taken to Twitter to voice their concerns.

"We are in complete opposition to this merger. From a writer’s creative and economic perspectives, there are significant concerns about the implications of the merger,” Stutzman told Salon.

But some major Hollywood players are happy about it, like producer/director Judd Apatow.

The buyout seems likely to continue as planned, unless government regulators throw a wrench in plans. Such a scenario is entirely possible; last month, the Justice Department sued to stop AT&T's intended takeover of Time Warner. Stutzman said that the Writers Guild of America West will be taking political steps to stop the deal from going through.

"The Guild has a political program and a public policy program and we will be active in opposing this merger. We will reach out to elected officials who have oversight over mergers, the Department of Justice and state attorneys general to raise concerns,” she said.

In addition to creating an uneven playing field for creatives and writers, the Fox buyout raises the specter of antitrust violations, since Disney and 20th Century Fox are direct competitors.