Dustin Hoffman accused of exposing himself to a minor

The actor already had three sexual misconduct allegations levied against him, the total now comes to six 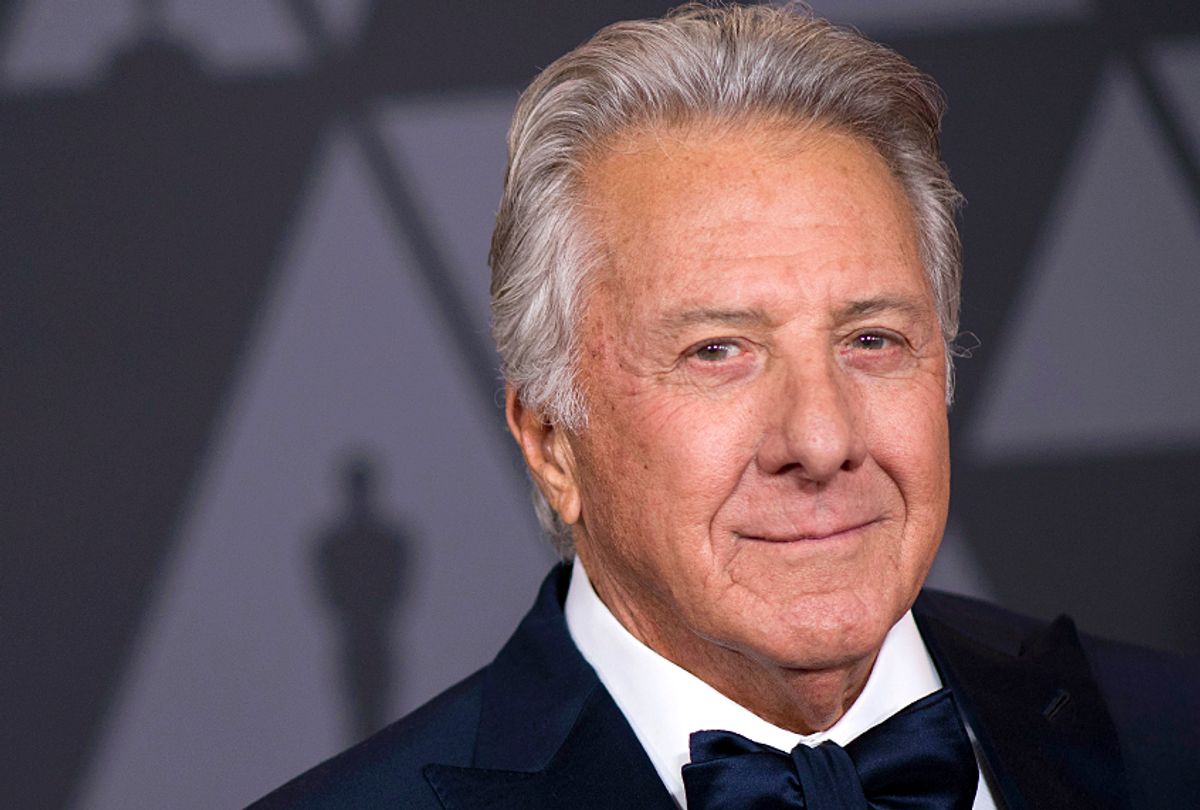 Three more women have come forward to accuse actor Dustin Hoffman of sexual misconduct. One woman says she was a minor in high school when Hoffman exposed himself in front of her, and the other two are accusing him of sexual assault, Variety reported. In the past two months, three women had already accused Hoffman of sexual harassment and assault.

Hoffman's attorney called the new round of accusations "defamatory falsehoods" in a letter to Variety's owner, Penske Media Corp.

Cori Thomas was classmates with Hoffman's daughter Karina at the United Nations International School of New York. In 1980, she says she spent a Sunday afternoon with Hoffman and Karina, which was a dream come true, as Thomas was an aspiring actor.

"This was at first one of the greatest days of my life," she told Variety. "One of my idols was spending time with me and talking with me respectfully."

Thomas says the three had dinner together, and that her parents were supposed to pick her up from the restaurant, but Hoffman suggested they head to the hotel room where he was staying. When they arrived, she says Hoffman said Karina should go home, since it was a school night and Thomas was left alone with the actor.

She said Hoffman went into the bathroom and ran the shower. "He came out of the bathroom with a towel at first wrapped around him, which he dropped," Thomas told Variety. "He was standing there naked. I think I almost collapsed, actually. It was the first time I had ever seen a naked man. I was mortified. I didn’t know what to do. And he milked it. He milked the fact that he was naked. He stood there. He took his time."

Thomas said Hoffman eventually put a robe on, but then asked her to rub his feet. "I didn’t know what to do in the circumstance," she said. "I didn’t know that I could say no, so I did it. And he kept telling me, 'I’m naked. Do you want to see?'" Thomas said she ignored his questions.

She claims says she was saved when her mother called, saying she was downstairs to pick her up. It took decades for Thomas to tell her mom, she said. "I was humiliated. My mother always had some instinct that something untoward had happened. She kept asking me, and I was so mortified, I never said anything."

Another woman, Melissa Kester, said she met Hoffman during the production of 1987's "Ishtar." Her boyfriend at the time worked on the music for the film and brought her to the studio. During her third visit there, she says, Hoffman asked her to come into the booth while he was recording a song. When the two were concealed from the waist down, "he literally just stuck his fingers down my pants," Kester told Variety. "He put his fingers inside me. And the thing I feel most bad about is I didn’t know what to do. I just stood there. I just froze in the situation like 'Oh my god, what is happening?' It’s shocking when that happens to you."

Kester said she tried not to react, and Hoffman "kind of laughed," she said. "Then I just ran out of there, and I sat in the bathroom crying. I thought, 'Oh my God.' I felt like I’d been raped. There was no warning. I didn’t know he would do that."

Another woman told Variety that a similar incident occurred, again during the filming of "Ishtar." Asked to remain anonymous, she said one night she and Hoffman were in the back of a station wagon with other people from the set. "There are people inches from us," she said. "And he just took his hand and stuck his fingers right up inside of me. I didn’t know what to do. He’s smiling at me. I was frozen. I was outside of my body."

In November, Anna Graham Hunter said Hoffman sexually harassed and assaulted her when she was 17 in 1985. Actor Kathryn Rossetter claimed Hoffman groped her repeatedly during the production of "Death of a Salesman" in 1983. Wendy Riss Gatsiounis told Variety that during a meeting in 1991, Hoffmann propositioned her and tried to persuade her to leave the office and go to a nearby hotel room. Hoffman denies all claims against him.