Miss Iraq took a selfie with Miss Israel, and now she's in hiding

Miss Iraq Sarah Idan has gone into hiding after taking a picture with her friend, Miss Israel Adar Gandelsman 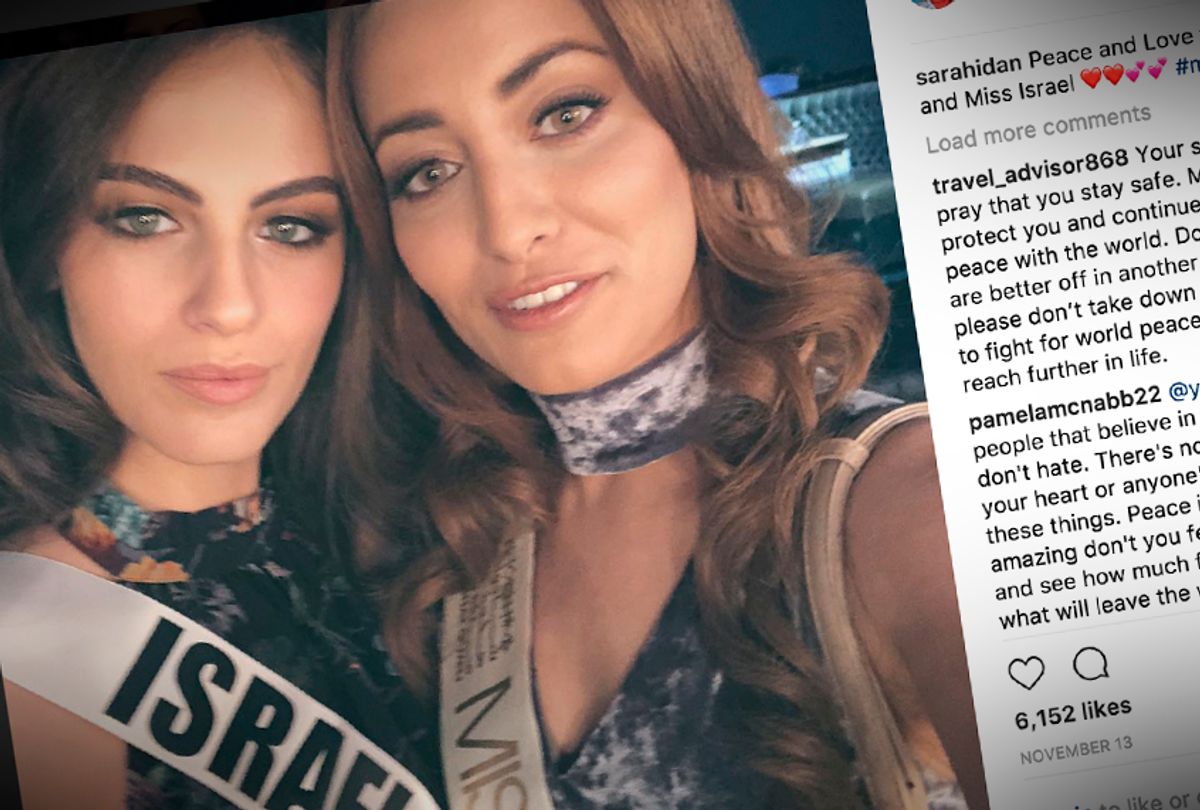 Miss Iraq has gone into hiding after posting a good-natured selfie with herself and her friend, Miss Israel.

In an Instagram photograph with the caption "Peace and Love from Miss Iraq and Miss Israel," Sarah Idan (Miss Iraq) showed a picture of herself standing next to her friend, Adar Gandelsman (Miss Israel) back in November, according to Newsweek. A recent interview with Gandelsman reveals that Idan has paid a heavy personal price for her attempt at a conciliatory photograph.

"People made threats against her and her family that if she didn’t return home and take down the photos, they would remove her [Miss Iraq] title, that they would kill her," Gandelsman told Israeli TV.

Idan, who according to her Twitter profile lives in Los Angeles and Cairo, emphasized that the photograph was not meant to be pro-Zionist. In an Instagram post, Idan explained that her photograph was not intended to "signal support for the government of Israel and does not mean I agree or accept its policies in the Arab homeland." She also apologized to anyone who thought the picture was "harmful to the Palestinian cause."

She made it clear that her goal instead was to "express hope and desire for peace between the two countries."

Israel and Iraq are considered to be enemies due to Iraq's opposition to Israel's foreign policies toward the Palestinian territories. Tensions between Israel and the Arab world have worsened since President Donald Trump announced he would recognize Jerusalem as Israel's capital last week, although the photograph in question was taken before that announcement was made.

Gandelsman also pointed out that Idan had received heavy criticism for appearing in a bikini in her photograph.