What kind of white person do you want to be: Roy Moore or his foes?

The Alabama Senate election posed a test to white people. Despite the result, way too many of them failed 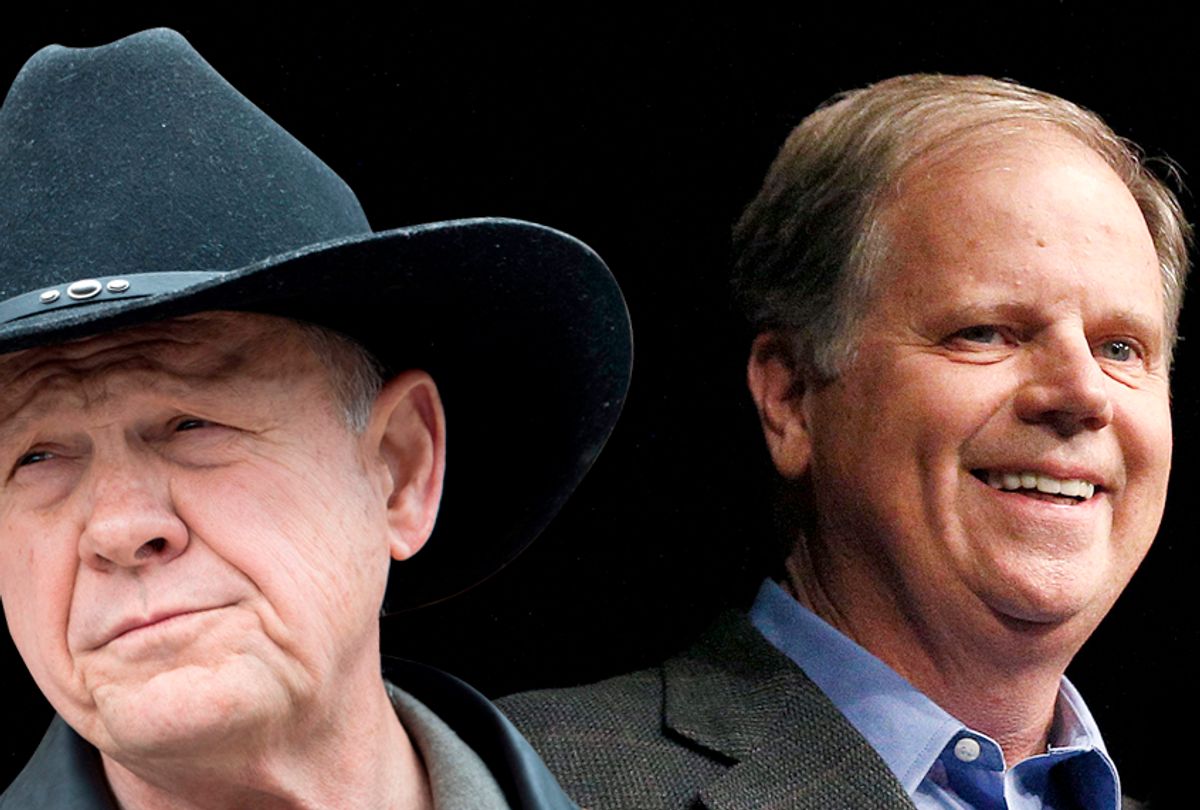 "What Shall We Do With the White People?" is one of my favorite essays. Written in 1860 by an African-American school teacher and activist named William Wilson (aka "Ethiop"), it is a brilliant response to white supremacy and a white American society that projected pathology and inferiority onto black people as a means of legitimating slavery and all the exploitation, rape, murder and other abuse it entailed.

I read "What Shall We Do With the White People?" several times a year. It always makes me laugh. It also helps me make sense of the social and political insanity of this society, which for all its many positive social changes over the decades and centuries remains fundamentally organized to protect white privilege and the power of white people as a group.

As I watched tens of millions of white Americans elect a racist, sexist con man -- not to mention a carnival barker, professional liar, proud ignoramus and possible traitor -- as president of the United States, I thought back to the themes and questions of Ethiop's essay.

This week, as I watched Tuesday night's tight election contest between Roy Moore and Doug Jones in Alabama, I wondered again what we shall do with the white people.

As the world now knows, former U.S. attorney Jones, a Democrat, defeated former Alabama Supreme Court justice Moore, largely because of overwhelming support from the black community (especially black women). It was not a landslide victory. Jones won by about 20,000 votes out of 1.3 million cast, a margin of 1.5 percent.

Moore, who is by the preponderance of the evidence an adult sexual predator who targeted underage girls, won a majority among every category of white voter in Alabama. This was even true among college-educated white women.

Roy Moore, a man who wants to take away women's right to vote as well as control over their own bodies, won the votes of white women by a huge margin, 63 percent to 34 percent.

Roy Moore, a man who can reasonably be described as a Christian fascist -- a man who does not respect the U.S. Constitution and has spoken affectionately about the era of slavery, won every demographic of white voters by a large margin.

Roy Moore, a man whose apparent "godly" and "family values" include being a likely sexual predator and an unapologetic racist, won the self-described white evangelical vote by an overwhelming margin. This of course is no surprise.

Like Donald Trump, Roy Moore is not an aberration or outlier within today's Republican Party and broader conservative movement. The problem for Republican leaders is that both men are simply tactless and unapologetic in their racism, sexism, misogyny and bigotry. Republican voters (and the right-wing political machine) do not find such values abhorrent. They may prefer, however, that such values and beliefs are expressed more politely, through dog whistles and other cues that offer a veil of not-very-plausible deniability. It makes perfect sense that Trump embraced Moore's candidacy, despite the president's effort to walk back his endorsement after the fact.

Sociologist Michael Kimmel explained the toxic allure of sexism and racism for white Republican voters to me by email: "I think that the tradition which Moore represents is one of 'everyone knowing their place.' That is, women in the kitchen and black people subservient to whites. And in that sense, 'making American great again' is returning to that imagined era."

Of course, with Roy Moore, as with Trump, there is an obvious double standard that is one of the grossest examples of white privilege in recent memory. If a black man running for Senate were repeatedly accused of molesting young girls he would at the very least be run out of public life, and quite likely thrown in prison.

Moreover, imagine a scenario where a majority of black people in a given election had voted for a likely serial sexual abuser and pedophile. Both the right-wing and mainstream media would be hysterical, with wall-to-wall coverage and commentary. We would hear about the black community's "pathological" behavior and its "bad culture."

If black Christians cited scripture to make excuses for a man who by all accounts and preyed on underage girls for decades, sober people on television would call for a "national discussion" about whether the "black church" was a public menace. On cue, right-wing bloviators would issue poisonous rhetorical questions: Where are the black fathers? Where are the black leaders? Where do black people learn such values?

But because whiteness is by definition excluded from critical interrogation, these realities will be avoided by too many people.

Several days ago, I spoke be email with a friend who is a mentor to me. Although he would be quick to minimize his role in changing history, he is a brave and heroic person. In 1961, along with dozens of others, he helped black Americans in the Jim Crow South register to vote. My friend also risked his life to defend black Americans' human rights. Our conversations often revolve around an existential question: "What kind of white person do you want to be?" Because he is a philosopher and historian, my friend knows this is one of the most important (and unresolved) questions about the relationship between race and democracy in the United States.

Under Donald Trump this question resonates even more, in ways both familiar and new.

While watching the Alabama special election and reviewing the exit-poll data, I realized that such an existential question need not be directly asked for the answer to be apparent.