With a triumphant tour and a new album, "The Knowledge," the U.K. vets sail forward 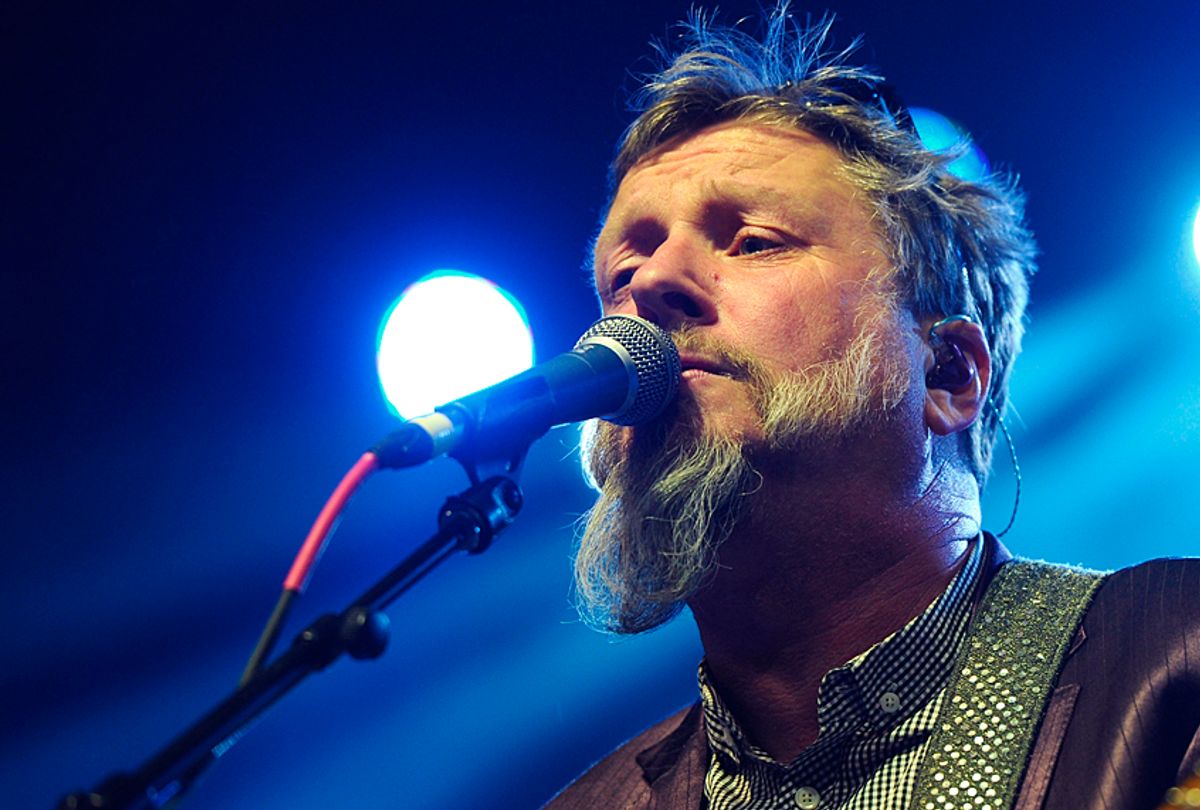 These days, it's a welcome sight to see veteran acts whose original members are on good terms. Of course, it's even better when these old friends continue touring together — as in the case of U.K. pop enthusiasts Squeeze, whose "Join the Dots" tour wrapped in recent weeks. During the band introduction portion of the act's November 24 concert at the Goodyear Theater in Akron, Ohio, vocalist/guitarist Chris Difford casually mentioned that he and the group's other principal songwriter/vocalist/guitarist, Glenn Tilbrook, have known each other for 45 years.

The comment came near the end of an ebullient, marathon concert that illustrated Squeeze's ageless energy and piquant catalog. The group emerged in the late '70s as riotous post-punks with a knack for melodic pop irreverence, jaunty keyboard accents and slice-of-life lyrics. As the years progressed, Squeeze shape-shifted through many styles and iterations, finding the biggest U.S. chart success with the brisk, horn-bolstered hit "Hourglass," from 1987's "Babylon and On" LP.

In Akron, that tune was an exuberant blast, its acrobatic chorus loads of motor-mouthed fun. In fact, unbridled joy was a theme of the concert: Squeeze inspired dancers to defy the theater's seated configuration — frequently at the behest of Difford, who encouraged such enthusiasm from the stage — and expressed deep gratitude for the audience's zeal.

It helps that the band's current sextet lineup is particularly strong and captures the us-against-the-world, jovial essence that made Squeeze's earliest work so resonant. After all, that vibe hasn't always been a given for the band: They've broken up a few times, and many instrumentalists have cycled in and out of orbit. (Most notably, keyboardist Jools Holland was in the band in the '70s and '80s, and Ace's Paul Carrack joined Squeeze long enough to sing the studio version of 1981's "Tempted.")

However, new bassist Yolanda Charles (who's toured with Paul Weller and Roddy Frame) and percussionist/guitarist/vocalist Steve Smith, the lead singer of the electronic band Dirty Vegas, have galvanized Squeeze's live show. Charles is an incredible, charismatic player who adds supple, lively grooves and velocity to older material. Smith, meanwhile, also brings both skill and personality: He spent most of the show lined up precisely at the back of the stage with synth/keyboard operator Stephen Large and drummer Simon Hanson; all were visibly having a riot and goofing around as they tore through the old and new songs.

That enjoyment filtered down to the front of the stage, where Difford, Tilbrook and Charles held down the fort. In fact, for "Take Me I'm Yours," the entire band gathered together for a stripped-down take resembling one street buskers might attempt. Large strapped on an accordion, and Hanson and Smith slung drums over their shoulders, to create a rogue marching band vibe.

Such chemistry elevated many of Squeeze's most familiar songs. With its speak-sing vocal approach, "Cool For Cats" could easily devolve into a monotone bore. However, Difford's droll delivery was buoyant, and its extended bridge leaned into prog, between Tilbrook's guitar solo and some heavy organ. An upbeat "Annie Get Your Gun" and nervy "If I Didn't Love You" were taut and inspired, while "Slap and Tickle" had an otherworldly electro-pop feel, courtesy of Large's karate-chop keyboard approach.

The band was even more engaged when they tackled songs from Squeeze's last two studio albums, 2015's "Cradle to the Grave" and 2017's "The Knowledge." That's largely due to the material; the latter in particular is ambitious and eclectic.

The exuberant disco-funk number "Rough Ride" incorporates a booming opera singer and a children's choir, while "A&E" weaves in horns and saxophones, and an accordion sways through "Every Story." The woozy "Departure Lounge" could've easily been recorded by the Pet Shop Boys, between its glacial keyboards and swooning vocals, while the piano-heavy "Final Score" splits the difference between Elbow-caliber moodiness and torchy soul. Even classic Squeeze pop gems (the dreamy "Please Be Upstanding," summery folk shimmer "Patchouli") exude sophistication.

Lyrically, "The Knowledge" tends to be somber and reflective, with songs full of characters looking back wistfully at happier times. This often produces vivid imagery ("Every Story" and its line, "where walls have ears and gossip has feet") and pointed statements. On "Rough Ride," the band asks, "Austerity, is that all you have to give to me?" while the haunting "Final Score" alludes to a protagonist who's faced childhood abuse at the hands of an authority figure.

Perhaps the most subtle song on the album is "Two Forks," which feels like an affectionate (but honest) recollection of Difford and Tilbrook's long friendship and creative partnership. The tune alludes to pressure and disagreements, but ultimately concludes that "the bad stuff" is all water under the bridge: "I'm grateful for knowing one day we'll look back." It's an honest and sentimental song about realizing what's important and bridging differences when they involve those that matter to you.

"I still to this day don’t know what makes Chris tick but what I do know is when we work together we bring out something in each other that isn’t there otherwise," Tilbrook told Rock Cellar in 2015. "It’s the history; we have so much history together. It’s a very strange thing; I don’t have any relationships that have lasted as long as mine and Chris' [has]."

This personal generosity (and willingness to mend discord) keeps bands together. But it's also one reason why Squeeze in particular continues to sound so vital. Taken as a whole, "The Knowledge" roundly contradicts the theory that veteran bands lose the plot when they tackle new material. The record is enhanced by experience and a lifetime of accumulated memories. Songs don't grasp for ideas or deeper meaning, but impart wry observations and circle around emotional truths without rose-colored glasses.

With so many records released in a given year, this kind of subtlety can get lost in the shuffle. But Squeeze demands listeners dig in and absorb the message they're working to get across, as Difford and Tilbrook especially have learned through trial and error that rare partnerships are gifts worth cultivating.