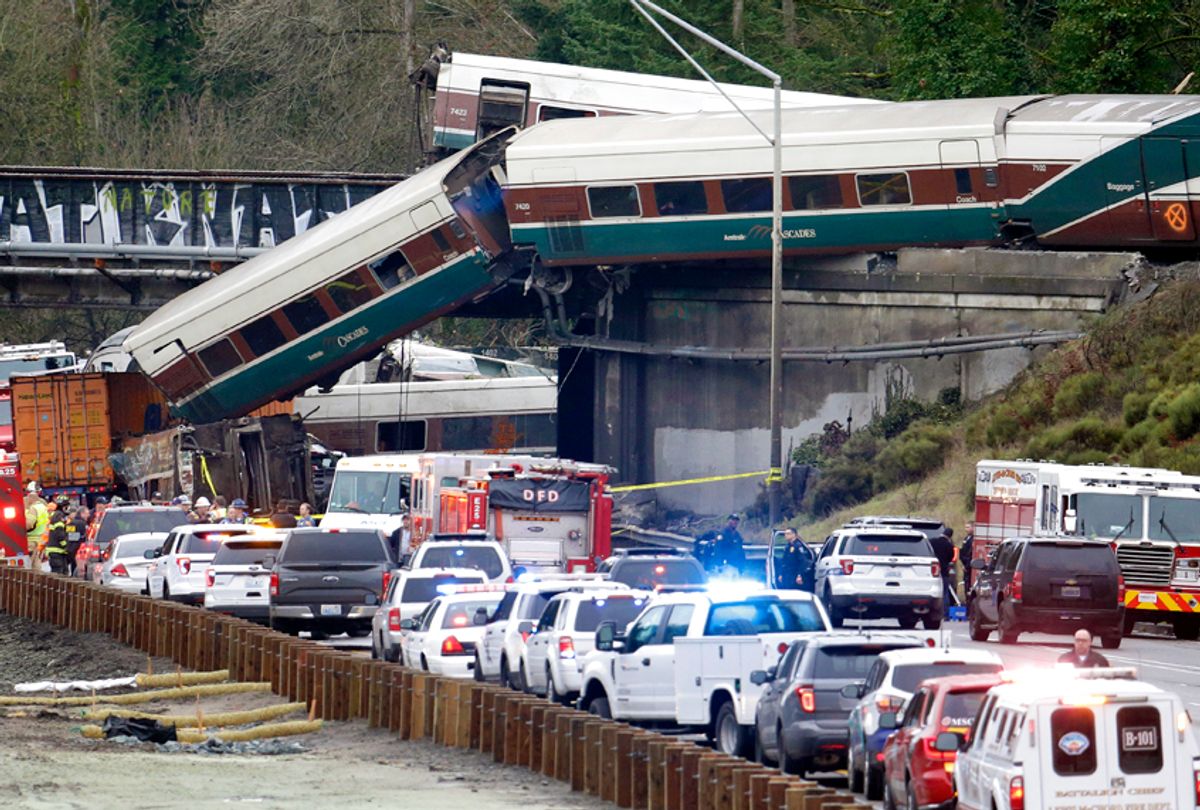 President Donald Trump took to Twitter on Monday to imply that the Amtrak crash would not have happened had Congress passed his infrastructure bill.

A few minutes later, he submitted a tweet that offered sympathy to the victims instead of promoting himself.

The Amtrak train derailed during its inaugural trip near Dupont, Washington, according to CNN. While a final casualty count has not yet been established, a spokesman for the Pierce County Sheriff's Office said that there were "multiple fatalities" that were "all contained to the train."

One big problem with Trump's initial tweet — aside from questions about whether it was presidential — is that it was issued without full knowledge of what had caused the derailment. One official said that a track obstruction has been cited as a possible cause, according to the Associated Press.

Another problem with Trump's tweet is that it ignored how he has prioritized his own policy agenda. Although he told The New York Times in April that he was "accelerating" the infrastructure bill that he had promised since his presidential campaign, he subsequently focused more on repealing the Affordable Care Act and passing tax reform legislation.

That said, Trump has decided to announce a $1 trillion infrastructure plan shortly after Congress has passed tax reform, according to Politico. The bill is expected to spend roughly $200 billion on everything from repairing bridges to improving broadband internet access, with the rest intended to come from local and state governments or private investment. The bill has been heavily criticized by Democrats for including budget cuts, making different projects compete against each other for federal assistance and rolling back environmental regulations.

Another criticism, as summed up by Oregon Rep. Peter DeFazio, is that Trump has been wildly inconsistent about what exactly would appear in his bill.