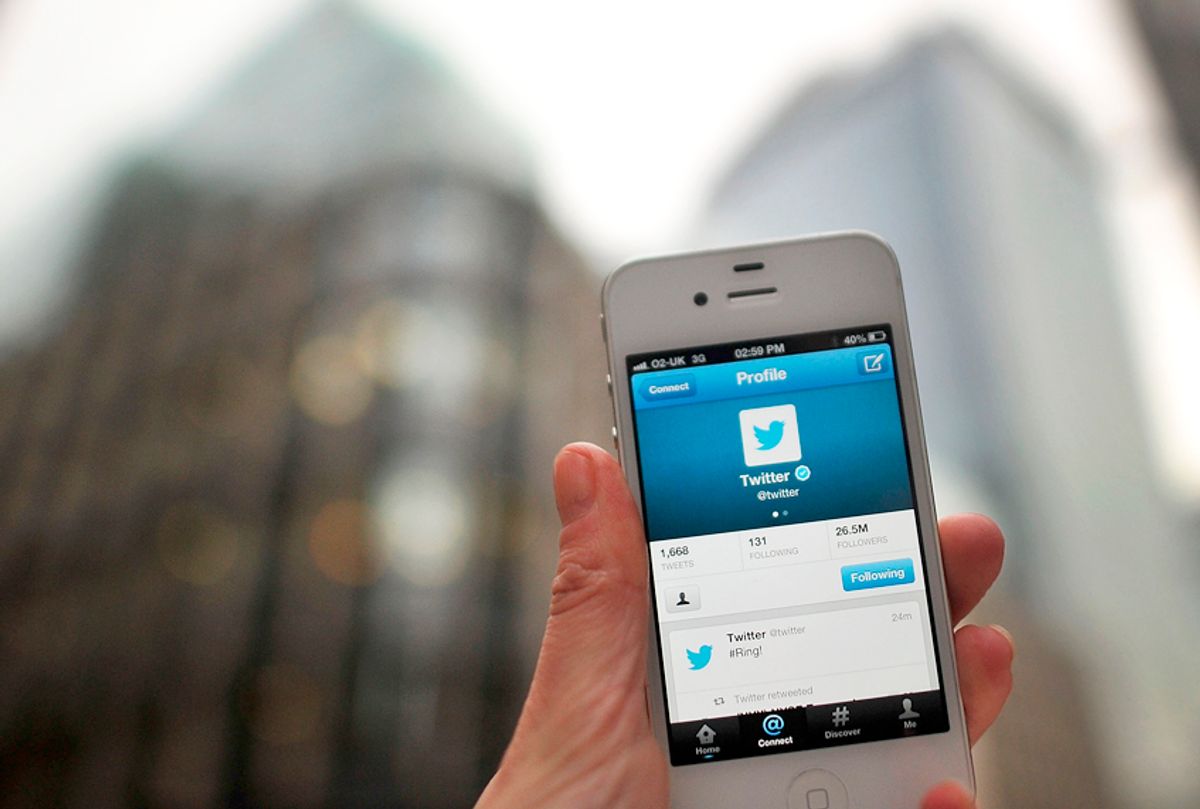 Twitter seems to be making good on its promise to suspend users who are affiliated with hate groups and/or harassment, both on and off of the social media platform.

Twitter removed the account associated with the white supremacist group American Renaissance and the far right group Britain First, according to Recode. Although their overall stated goal is to "reduce hateful and abusive content on Twitter," according to a blog post published by Twitter on Monday, their policy has inevitably had a disproportionate impact on accounts associated with the "alt-right."

People whose accounts have been kicked off Twitter include Jayda Fransen, the Britain First leader whose anti-Muslim videos were retweeted by Trump earlier this month, as well as American Renaissance Editor Jared Taylor, according to Newsweek. They have also removed accounts associated with the Traditionalist Worker Party, which is a neo-Nazi group, and Occidental Dissent, which is a white nationalist group.

Many past "alt-right" figures who were kicked off of Twitter have since begun using a similar social media platform known as Gab. On Monday, an editor for American Renaissance posted on Gab to denounce Twitter's actions.

"In case there was any doubt about Twitter's motivations, on both this account and @jartaylor, we were very careful never to post anything that could be construed as violating Twitter's terms of service, and we were in compliance with the new ones also. This is pure, politically motivated censorship," Gab claimed.

Yet as Recode pointed out, Twitter has made it clear that it is not targeting "alt-right" and neo-Nazi accounts specifically. Because those political groups tend to be more likely to engage in hateful or abusive behavior, however, they are more likely to have violated Twitter's terms of service.