Will the "Star Wars" magic soon wear off? 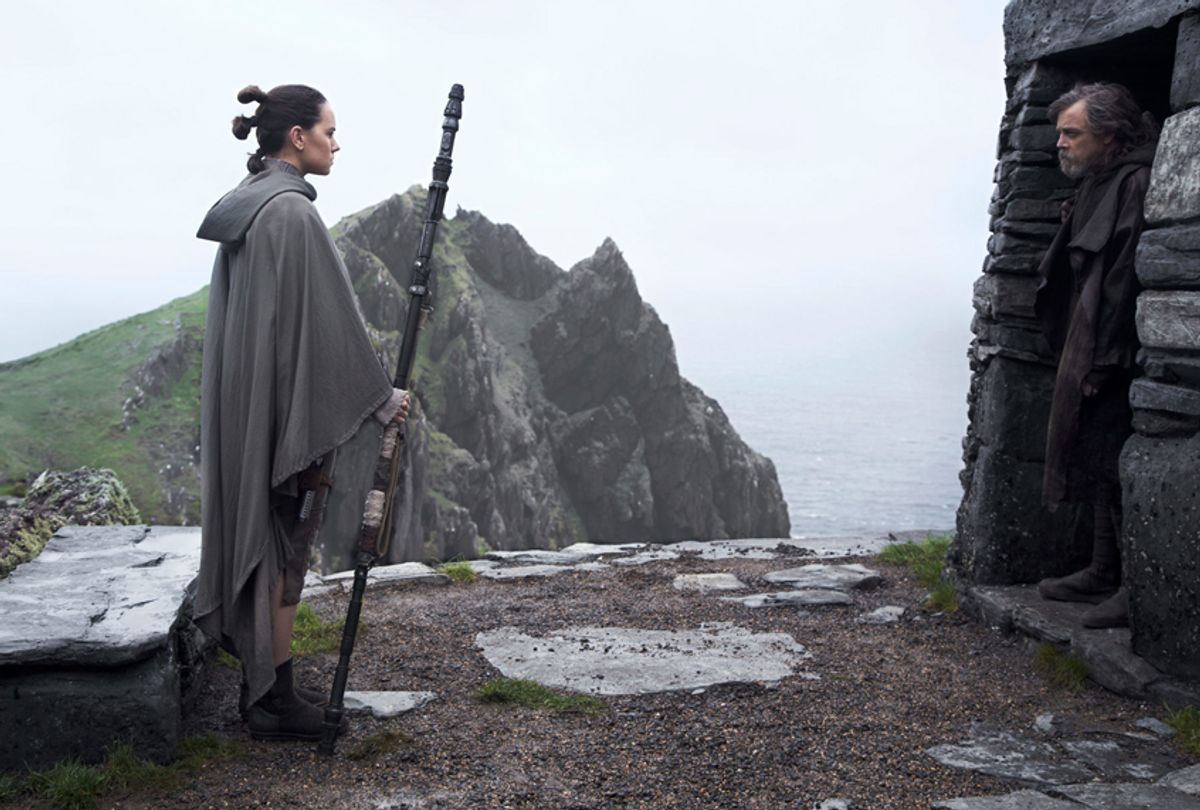 George Lucas's "Star Wars" is one of the most successful film franchises in history. His original film, "Star Wars: A New Hope," was released in 1977 as an auteur project. Forty years later, Lucas's original vision has spawned countless numbers of comic books, novels, video games — and of course — sequels and other TV and film projects that would help to define the very idea of a Hollywood blockbuster film and collectively be worth billions of dollars.

The newest installment in the "Star Wars" film franchise is "The Last Jedi." Debuting last Thursday in the United States, it has already broken box office records. "The Last Jedi" has also received near universal praise from critics who describe it as "amazing," "bold," "exciting" and "thrilling." While serious fans of "Star Wars" are much more divided in their feelings towards "The Last Jedi" and its predecessor, "The Force Awakens," the box office success of those two films — the first since the widely despised "Star Wars" prequels more than ten years ago — shows that the Force is still strong among the general viewing public.

This week's episode of "The Chauncey DeVega Show" celebrates all things "Star Wars" and the release of the newest installment in the saga "The Last Jedi."

Physicist Patrick Johnson joined me on this episode. He is a professor at Georgetown University and the author of the new book "The Physics of 'Star Wars': The Science Behind a Galaxy Far, Far Away."

In our conversation, Johnson explains how science can help us to understand the Force, the physics behind lightsabers, the engineering involved in building the Death Star and yes, whether Han Solo could have made the Kessel Run in less than 12 parsecs.

The second guest on this week's podcast is Bill Slavicsek. He is one of the world's foremost experts on "Star Wars." Slavicsek helped to perfect the classic "Star Wars" role-playing game from West End Games, wrote the highly regarded and beloved "A Guide to the Star Wars Universe" as well as the "Star Wars Sourcebook." His work continues to influence the writers and creators of the new "Star Wars" films, including "Rogue One" and the TV show "Rebels." Slavicsek is also one of the principle game designers for the role-playing game Dungeons and Dragons and the online video game Elder Scrolls.

I also share my thoughts about all of the people who now claim to love black women, after the latter helped to defeat Roy Moore in Alabama. And I offer my preliminary review of "Star Wars: The Last Jedi" — hint: this movie is not the great creative success that many reviewers and others are claiming it is.