Although Corker claims the tax provision which enriches him has nothing to do with his vote change, no one buys it 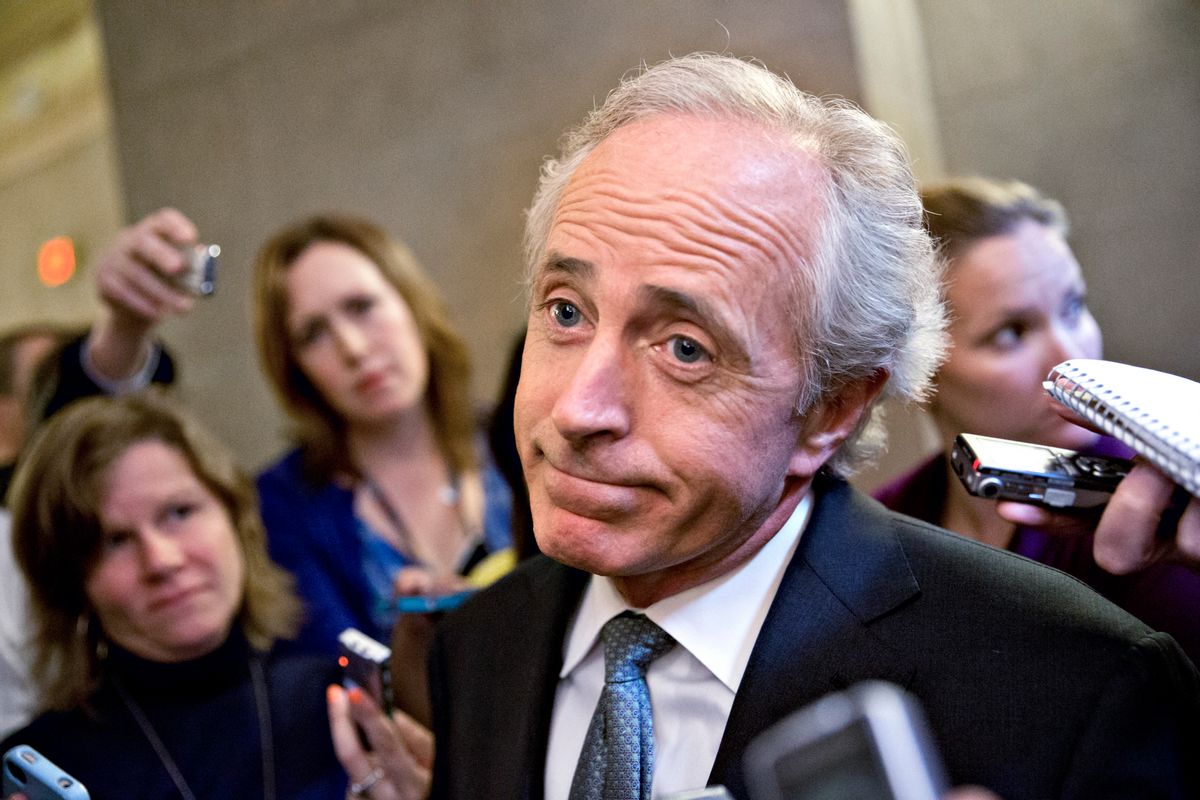 Sen. Bob Corker, R-Tenn., may want people to believe that his last-minute vote change on the Republican tax reform bill had nothing to do with a revision that would personally enrich him, but his critics just aren't buying it.

These people are at the office of Senator Bob Corker wanting to know more about that #CorkerKickback. 😡 pic.twitter.com/d9iGtXdK5b

Corker owns a real estate partnership in Tennessee, and the provision that has been changed would allow individuals in real estate LLCs to receive a 20 percent deduction on income they earned through either those or other so-called pass-through entities, which otherwise would not pay a corporate tax, according to The New York Times.

Corker was contacted by International Business Times on Monday to ask about reports that he had switched his vote from "No" to "Yes" on the tax reform bill — one that he had previously indicated he could not support because of its impact on the deficit — and emphatically denied that the unexpected change had anything to do with the revision that would enrich him.

"If I understand what [the provision] does, it sounds totally unnecessary and borderline ridiculous," Corker said, claiming that he was unaware of it before they had reached out to him. He later called them back and added, "I don’t really know what the provision does to be honest. I would need an accountant to explain it. I had no knowledge of this and would have no knowledge of it except for you guys are calling me about it. I have no idea whatsoever whether it impacts me or doesn’t impact me."

Corker also claimed that he had spoken with local business leaders in his state, as well as Treasury Secretary Steven Mnuchin, in order to discuss the bill before changing his mind, according to Politico.

“On one hand, you had the deficit issue. On the other hand, you had the economic growth issue. I took a long walk on Friday morning and just decided that from the standpoint of, if I were the deciding vote on this . . . is our country better with this or not better with it? And I feel that we are," Corker told Politico.

Sen. Orrin Hatch, R-Utah, later attempted to back up Corker's story by responding to a letter sent by Corker's office regarding the origins of the provision in question.

"I am unaware of any attempt by you or your staff to contact anyone on the conference committee regarding this provision or any related policy matter," Hatch wrote.