Some Democratic Senators want Al Franken to reconsider his resignation 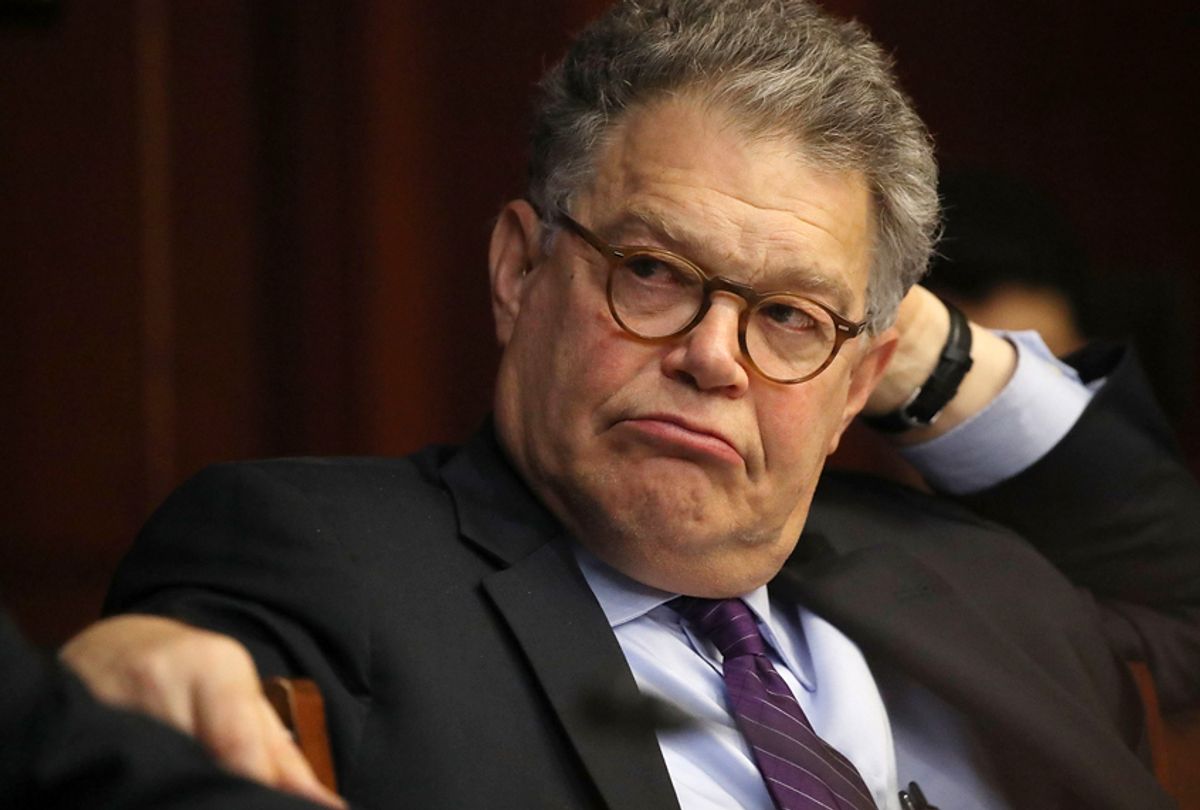 As Al Franken, D-Minn., prepares to transition out of office and face a House Ethics Committee investigation, a few Democratic senators are feeling contrite about their entreaties for his resignation. According to multiple reports and statements, four senators feel as if they acted too soon and wish they had waited for the House Ethics Committee to investigate the sexual misconduct allegations first.

Senator Joe Manchin, D-W.Va., sparked the conversation on CNN’s “News Day” on Monday, saying that the Democrats in the Senate shouldn’t have pressured Franken to resign after the allegations. When asked if he thought Franken’s resignation was premature, he replied, “Most certainly.”

“I think that Al Franken should go through the process of what he’s asked for, due process,” Manchin said. “The political rancor in here is just unbelievable to me, how you can destroy a human’s life and his family and everything that they stand for without giving him a chance.”

Sen. Pat Leahy, D-Vt., released a statement after Manchin shared his honest thoughts about the matter on Monday, agreeing that he wished he had waited for the allegations to be proved true by the House Ethics Committee.

“I have stood for due process throughout my years as a prosecutor and in chairing the Judiciary Committee. I regret not doing that this time. The Ethics Committee should have been allowed to investigate and make its recommendation,” Leahy said in a statement.

Since then, more senators have come forward — one anonymously in a Politico report.

However, this feeling of regret isn’t universal amongst the Democratic Senate. Sen. Kirsten Gillibrand, D-N.Y., who led the initiative to ask Franken to resign, has been outspoken about her stance on political figures stepping down following sexual assault and harassment allegations, regardless of party lines.

“When it comes to sexual assault, harassment, and the general mistreatment of women, we must be able to call out anyone, Democrat or Republican. As elected leaders, let's rise to the occasion, and not shrink away from it. That is what the larger #MeToo moment is about. Let's send a clear message that none of this is okay,” she wrote on her Facebook on December 10.

While Minnesota's Governor, Democrat Mark Dayton, has already announced Franken's temporary replacement, Minnesota Lt. Gov. Tina Smith — who is also a Democrat — it's still possible Franken could ”un-resign," because he hasn't officially announced a resignation date, according to experts.

But then to Gillibrand’s point, what kind of message would that send from the party about the #MeToo movement? And about the current situation with President Donald Trump, who has yet to suffer from the national reckoning?