"I am leaving while a man who has bragged on tape about his history of sexual assault sits in the Oval Office." 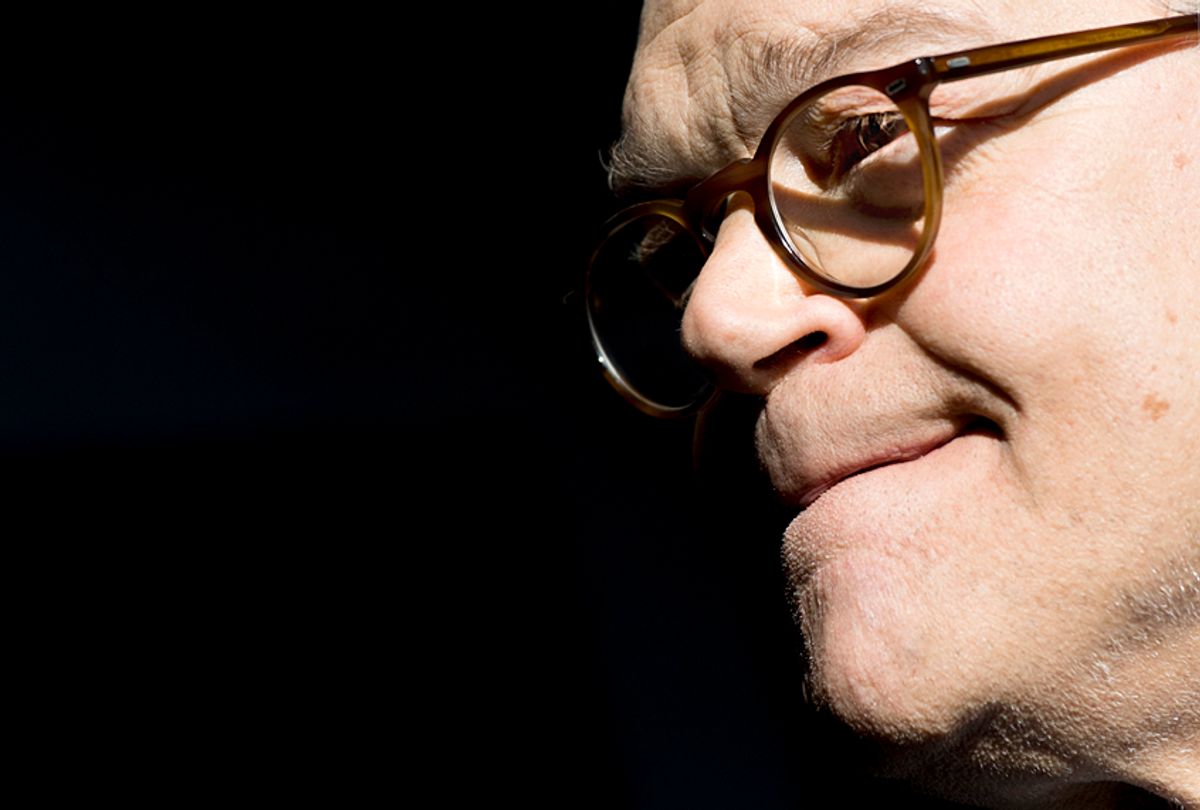 Sen. Al Franken, D-Minn., announced Thursday that he is going to resign from his office within the coming weeks — while acknowledging that at least two prominent Republican politicians are not being held to the same standard as himself.

After eight women came forward to accuse Franken of groping them or engaging in other forms of inappropriate sexual conduct, Franken's Democratic colleagues called en masse for him to leave his office. Franken complied with their request in his Thursday speech to Congress.

He also noted, however, that two Republicans who have been accused of sexual assault and other predatory behavior have not yet been held accountable for it.

"I am leaving while a man who has bragged on tape about his history of sexual assault sits in the Oval Office," Franken told Congress in his speech. He also pointed out that Roy Moore, the Republican candidate for Senate, is still considered a viable candidate, even though multiple women have come forward saying that he sexually preyed upon them when they were underage.

Others on Twitter have also noticed that, when it comes to politicians being punished for sexual misconduct, Democrats seem to be held to a different standard than Republicans.

Tucker Carlson of Fox News offered a semi-defense of Franken Wednesday night, perhaps as a way of shoring up his ability to defend Alabama Senate candidate Roy Moore if he gets elected next week.

"Enjoy the schadenfreude, the pure animal thrill of watching a powerful person knocked from a high perch, but at the same time, ask yourself, what if this happened to you? Imagine being accused by someone whose name you didn't know of something that supposedly happened more than a decade ago. How would you respond? How could you respond? What if you were innocent, by the way? And what if nobody cared?" Carlson asked.

Former Speaker of the House Newt Gingrich made a similar point.

"What you saw today was a lynch mob. Let's just lynch him because when we are done, we will be so pure," Gingrich said on Laura Ingraham's Fox News show on Wednesday.

Franken framed his decision not as an admission that he was unfit to be a senator — he repeatedly insisted that the Ethics Committee, which he had suggested investigate him after the initial accusation, would have vindicated his character — but rather as a choice made out of concern for the best interest of the people of Minnesota.

"Minnesotans deserve a Senator who can focus with all her energy on addressing the challenges they face every day," Franken said in his speech.

There's an old saying that people who live in glass houses shouldn't throw stones. And that message didn't resonate with someone whose father's residence was made of glass — but managed to crow about it anyway.