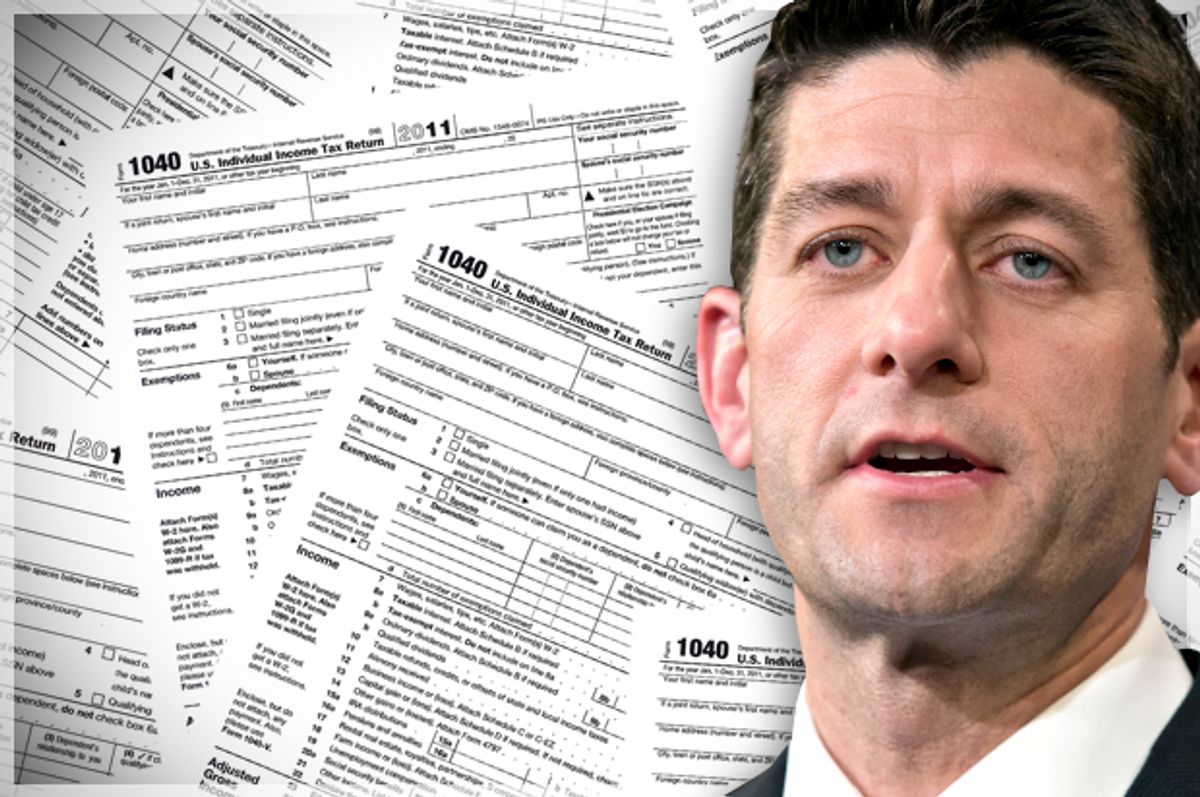 The Republican House of Representatives passed a historic $1.5 trillion tax reform bill on Tuesday — even though it is full of glitches and many of its members admittedly still don't know crucial details about it.

As The Huffington Post's Matt Fuller noted in a series of tweets, several GOP congressmen could not name all of the bill's new tax brackets hours before overwhelmingly voting to pass it. Rep. Chris Stewart, R-Utah, eventually did— but it took him 18 tries.

Meanwhile, a reporter from Politico detailed the raucous protests that occurred in the House of Representatives as the bill was about to pass.

Fox News correspondent Peter Doocy also got a taste of protesters' wrath when a woman interrupted his live report from Capitol Hill to denounce the tax bill as a scam that injures Americans with disabilities:

"The tax bill is a scam": Fox cuts away after correspondent Peter Doocy gets interrupted by a protester during a live shot pic.twitter.com/OgEie4En8q

An analysis by the Joint Committee on Taxation found that the bill will overwhelmingly help the wealthy. Only 10 percent of the tax cut will go directly to the middle class (roughly $144 billion), or individuals who earn between $20,000 and $100,000 each year. By contrast, slightly less than half of the $1.5 trillion in tax cuts will go to corporations, thanks to the reduction of the corporate tax rate to 21 percent. The estimate is that financial firms will save $250 billion in taxes over the next decade as a result of the bill. The bill also contains a number of glitches due to the rushed process in which it was written, with Republicans saying they will try to fix that with a second bill after the first one passes.