"He's a KGB officer. That's what they do. They recruit assets." Clapper says on Putin's relationship to Trump 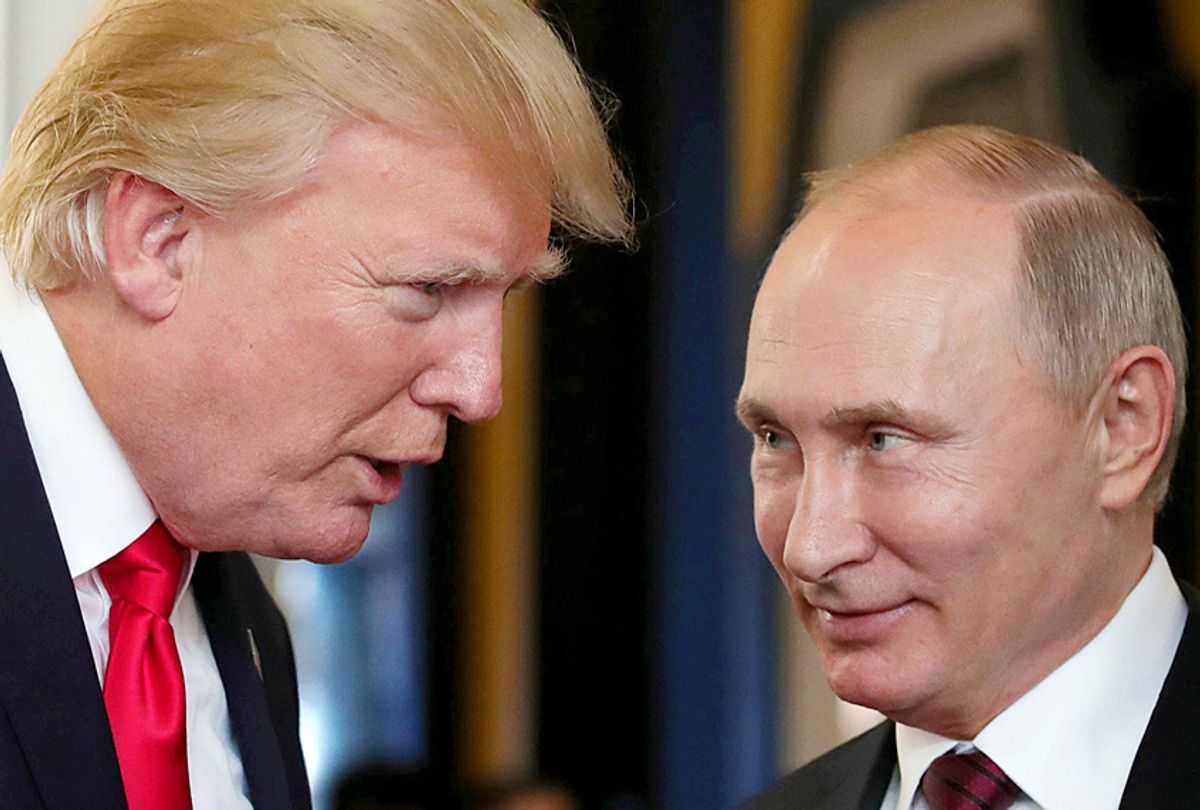 James Clapper, the former director of national intelligence, appeared on CNN on Monday to describe how Russian President Vladimir Putin is treating America's own president, Donald Trump, like an "asset."

After being asked by CNN's Jim Sciutto about the seeming contradiction in Trump's Monday foreign policy speech — one in which he described Russia as a rival power before describing how he hoped America could work closely with the country — Clapper replied that Trump was acting like an asset whom Putin had effectively cultivated.

"I think this past weekend is illustrative of what a great case officer Vladimir Putin is. He knows how to handle an asset, and that's what he's doing with the president," Clapper told Sciutto.

After describing how it was a "rather theatric gesture" for Putin to thank Trump for sharing intelligence that averted a terrorist attack in St. Petersburg, considering that American and Russian intelligence agencies share information quite often, Clapper pointed out that Putin's professional background put him in a strong position to manipulate the president, whose election the intelligence community believes Russia helped bring about.

"Well, I'm saying this figuratively. I think, you have to remember Putin's background. He's a KGB officer. That's what they do. They recruit assets," Clapper told Sciutto.

He added, "And I think some of that experience and instincts of Putin has come into play here in his managing of a pretty important account for him, if I could use that term, with our president."

Clapper has not been quiet about Trump's alleged involvement with Russian officials, since leaving his job as director of National Intelligence. Earlier this week he joined a number of other former intelligence officials — including former CIA Director John Brennan, former NSA Director Michael Hayden, former acting CIA Director Michael Morell and former U.S. Ambassador to Russia Michael McFaul — to write an amicus brief as part of a lawsuit against the Trump campaign and Republican operative Roger Stone, according to Business Insider.

The lawsuit is from three private citizens whose information was published by WikiLeaks in hacks stolen from the Democratic National Committee. Clapper and the other authors of the amicus brief confirmed that they believed the Russian government had used local actors in the United States to achieve various strategic objectives, including meddling in the 2016 presidential election.