What does it mean that "Cat Person" author Kristen Roupenian netted a seven-figure book deal? 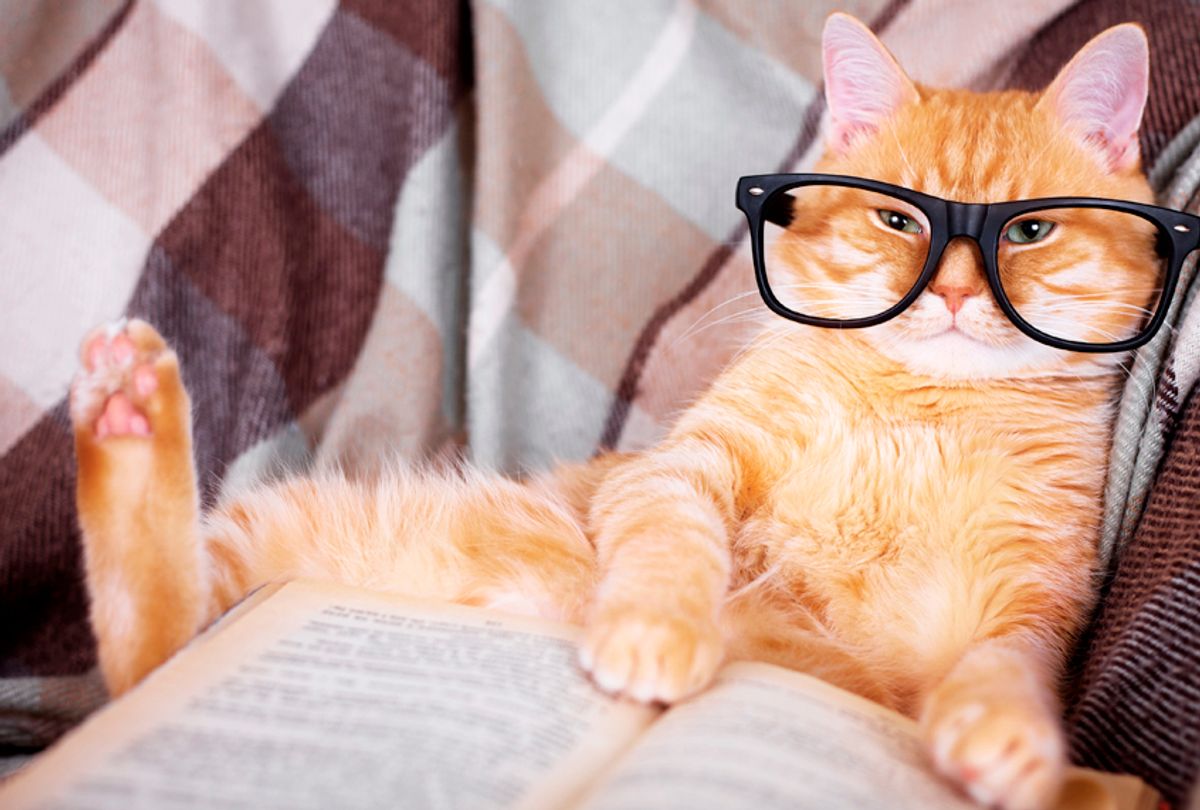 Sharp, unsentimental and with a very strong touch of the real, it took off like wildfire, attracting praise, harsh criticism and a great deal of sometimes overwrought Twitter discussion. "Cat Person," Kristen Roupenian's short story published in the New Yorker just last week, became a viral talking point not just for the way it surfaced nasty, necessary questions of sexual consent and coercion, but for the way some doubted the author's ability or even her right — or any woman's right — to address them in the manner she did. Often falsely understood as a memoir and not a short story, "Cat Person" became so hot, hot, hot that there are even behind-the-scenes articles about the photo which accompanied it.

For some, "Cat Person," which is loosely based on events from Roupenian's life, offered a mirror and a feeling of representation (there were not a few "It me"s with links to the story to be found on Twitter), something essential for a moment defined by the #MeToo movement. For others, mostly men, it seemed a slanted take on sexual dynamics or even a threat to their perceived right to have intercourse at all. For these people, some of whom have columns in nationally published periodicals, both the story and the writer became chew toys for a certain strain of millennial-bashing, woman-doubting thought.

All of this managed to generate what few examples of short fiction published in the New Yorker do: clicks.

With reader engagement and buzz being the currency of the day, the very modern sort of success of "Cat Person" sparked what was reported to be a short, minor bidding war over Roupenian's services between publishing houses. The result: a contract for two books from Simon & Schuster's Scout Press with a estimated price tag of $1.2 million. The first book is described as a collection of short stories that will "explore the complex – and often dark and funny – connections between gender, sex, and power, across genres."

Michal Shavit, publishing director at Jonathan Cape, the imprint that will be distributing Roupenian's first book of short stories "You Know You Want This" in the UK, told The Bookseller that the forthcoming title "marks the arrival of a remarkable new talent." She added "The cultural discourse that has revolved around 'Cat Person' has been astonishing, a talking point around the globe. But it’s in the writing that the really interesting thing is happening." She also told the publication "This is going to be a major publishing event in the coming year and we’re hugely excited and proud to be launching this phenomenal new voice." Yes, it's a lot.

It's not hard to see it as a bit of a coup for a writer with limited publishing experience, news that gives those who already impugned Roupenian's talent, voice and bent something else to gnaw on and those with literary ambitions of their own something new to grouse about over white wine. "I always wanted to be a writer, but I spent most of my twenties doing anything and everything else," Roupenian told the New Yorker. "It’s only in the past five years that I've really committed myself to writing fiction."

To be fair to Roupenian, she's not exactly dropping out of the sky from nowhere. Roupenian is a Barnard graduate in her mid-30s with an MFA from the University of Michigan who has a Phd at Harvard with years in the field in Kenya studying not just modern African literature, but the various political and humanitarian crises that inform it. She's also been a teacher, a rape-crisis volunteer, a Peace Corps member and more. Certainly, that doesn't make her singular or perhaps even exceptional in the world of aspiring authors, but it's hard to cast her as roundly underserving of getting published in the New Yorker, just as it's hard to not cast her prose as, at the very least, highly engrossing.

It is notable, and perhaps frustrating to some, that Roupenian would score such a premium more or less on what appears to be the strength of one highly viral story. Comparisons to the book deals offered to fellow first timers Lena Dunham ($3.7 million) and Amy Schumer ($8 to $10 million) are almost inevitable, though both of those women were already household names among the pop-culture literate at the time they signed their contracts.

For non-celebrity writers, the contracts and advances (the money given to a writer before a book is even published) offered are usually far more humble — though concrete numbers can be hard to come by in an industry where announcing contracts is as much a publicity move as anything else and where the details of those deals are rarely shared.

Peter Osnos, a contributor at the The Atlantic and the founder and editor at large of PublicAffairs books, told Michael Meyer of the New York Times Book review in 2009 that the four bestselling books from his label only merited $40,000 advances. In the same article, Meyer wrote that "most publishers I talked to cited $30,000 as a rough average" for an advance to any author without star power, no matter how often they've published beforehand.

It's difficult to gauge what portion of contracts are advances and which are back-end payments. Meyer and others say that authors may only receive anywhere from two thirds to as little as a tenth of their total of their contracts up front (though he notes that advances were trending generally downward in 2009). Basically, the seven figures we imagine Roupenian to be getting may not actually be seven figures at all, but only the whispered potential of a $1.2 million package. She may have far less guaranteed money in her hands.

As Roy Blount Jr., the president of the Authors Guild told Meyer, a six-figure advance "may mean $100,000, minus 15 percent agent’s commission and self-employment tax, and if we’re comparing it to a salary let us recall (a) that it does not include any fringes like a desk, let alone health insurance, and (b) that the book might take two years to write and three years to get published . . . So a six-figure advance, while in my experience gratefully received, is not necessarily enough, in itself, for most adults to live on."

But even at that, an estimated $1.2 million contract for two books is steep for a first timer no matter its secret particulars. There are exceptions of course; it's generally accepted that Jonathan Safran Foer's first book, "Everything Is Illuminated" caught around $500,000 in 2003. By and large, though, crossing even five figures for a first book seems to be a rarity.

"It’s not that it’s never happened, but it is unusual," said Michael Cader, founder of Publisher's Marketplace told the Times about the contract. "But it’s also unusual if not unprecedented for a story of any kind to drive that kind of viral attention so quickly online."

There's more than good reason for stingy first-time deals. While there's a surfeit of aspiring authors, there's little profit in betting on them. It's said that most books do not earn back the advances paid to their writers, let alone their publishing and publicity costs. Given that, and the increasingly difficult prospect of selling content to an audience that seems to value familiar literary franchises and authors as well on-screen entertainment over experimenting with new writers, why would any publisher chase after new talent with fat checks?

And this, ironically, is part of why Roupenian, one of those new voices, landed such a potentially — though perhaps not actually — massive contract. While a unproven author, she is a proven property in a market that demands them.

Thanks to the traffic and buzz surrounding the 7200 words of "Cat Person,"  both her lovers and her haters may indeed want to read "You Know You Want This." Whether they believe it offers, as Shavit says, "a brilliant writer" with something new to say, a necessary read to keep up with dinner-party discourse, a prime example of what they believe to be wrong with millennial women ripe for picking apart or simply the opportunity to know if she was worth her contract, there's at least the chance that many will buy in. There's also the rare excitement readers feel at the possible arrival on the scene that recommends her to those who keep up with such things. The estimated $1.2 million Simon & Schuster may be paying her only adds to the hype.

In this, it's not fully different from the contract offered to the creator of the F**k You, Penguin blog or the fiction deal given to Kendall and Kylie Jenner, with the exception that the writer in question here is far more deserved and genuinely promising. From a wholly cynical angle, it's possible to see how Simon & Schuster might see Roupenian as a smart bet, that she might be worth it. To paraphrase the title, they think they know we want this. Whether that belief pays off through sales and accolades is another question.

In all, the news of the contract says far more about the modern difficulties and market realities of selling literature than it says about this or any other writer.

As to that writer, it's worth remembering that at the center of all this is a someone who seems, at least at first glance, genuinely surprised and appreciative of the attention coming her way. "I don't really know how to do justice to the conversation that is happening around my story but I am grateful for it," Roupenian tweeted as "Cat Person" began to burn its way through the internet. "I need to go take a walk in the snow and hug my dog."