Catt Sadler leaves E! claiming male co-host made twice as much as she did 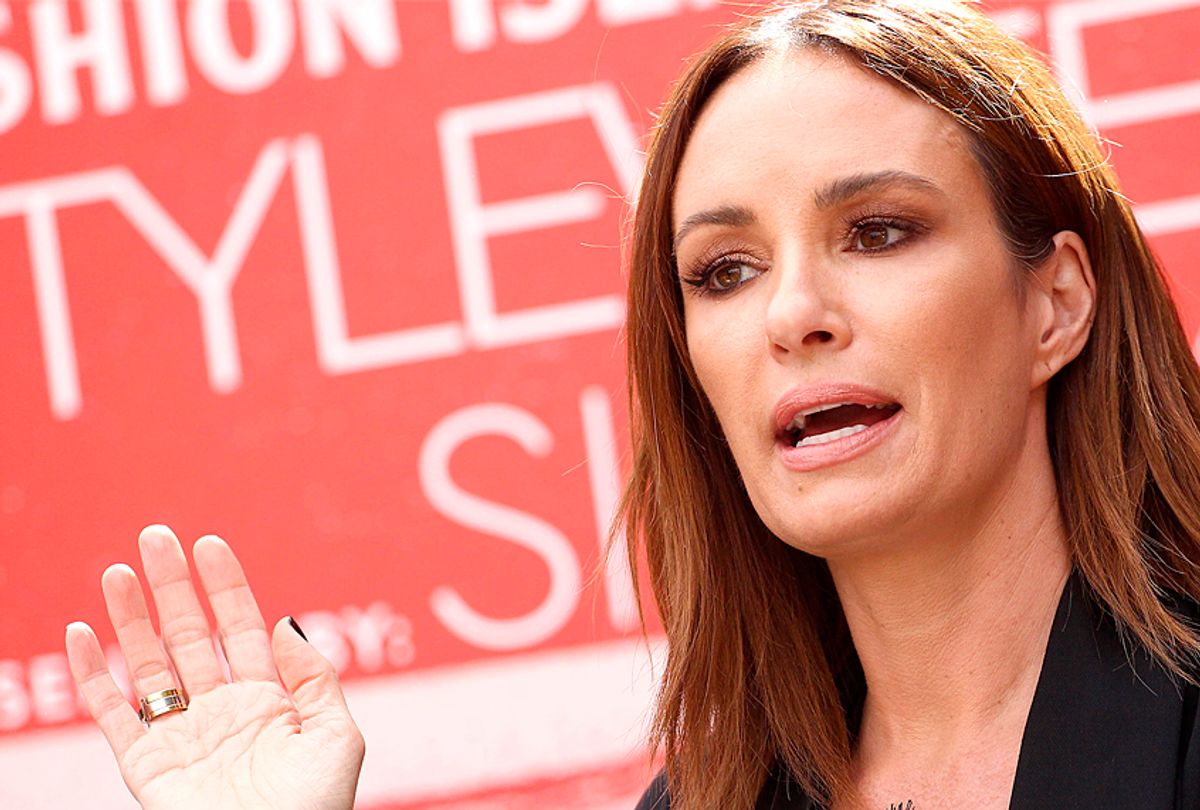 Catt Sadler has quit E! News after a contract dispute, claiming she decided to leave after finding out that her male co-host was making around double her salary.

After over a decade with E!, the co-host of "Daily Pop" posted a detailed explanation of her reasons for leaving, on her website.

"I was named host which meant double duty," she wrote. "Hosting a live, two-hour daytime show while also hosting E News most nights. It was creatively challenging but genuinely one of the most fulfilling years of my professional career."

"Coincidentally," she said, "around this same time an executive from E brought something alarming to my attention — namely, that there was a massive disparity in pay between my similarly situated male co-host and myself. More recently, when E reached out to renew and extend my deal, I learned that he wasn't just making a little more than I was. In fact, he was making close to double my salary for the past several years."

"Information is power. Or it should be," Sadler continued. "We are living in a new era. The gender pay gap is shrinking, although admittedly we have a long way to go. And well, I learned this first hand. My team and I asked for what I know I deserve and were denied repeatedly."

As a single mother of two, Sadler discussed the risky nature of her leaving the popular network but said she’s doing so as a political statement against the wage gap. "How can I accept an offer that shows they do not value my contributions and paralleled dedication all these years?" she said.

Though she leaves the network on a bitter note, she has no hard feelings for her co-host, Jason Kennedy, calling him her “"tv husband.”

"How can I not echo the actions of my heroes and stand for what is right no matter what the cost? How can I remain silent when my rights under the law have been violated?" she wrote.

"I will find more work. I will create content with meaning," Sadler continued.  “I will continue to pursue my passions while making my children proud. The way I see it, I have an obligation to be an agent for change."

Sadler's statements have not been corroborated by any third party, including Kennedy. For his part, Salder's co-host offered a warm goodbye via Twitter:

Sadler had been at the network serving as a host or co-host on a number of shows since 2010. Kennedy joined the network some years before that.

E! News responded to the accusations in a statement that reads, "E! compensates employees fairly and appropriately based on their roles, regardless of gender. We appreciate Catt Sadler’s many contributions at E! News and wish her all the best following her decision to leave the network."

While the pay gap been men and women remains a persistent problem across almost all American industries, Sadler’s account is unusual, given that the disparity between her and her co-host is allegedly so large (though Kennedy's hosting of a prime-time ABC show may be a factor there).

Still, the moment is a reflective one, given that women on average still earn about 79 cents for every dollar a man makes, according to a 2016 report from the American Association of University Women.