Congress passed a tax break for the rich, but is not funding health insurance for poor kids 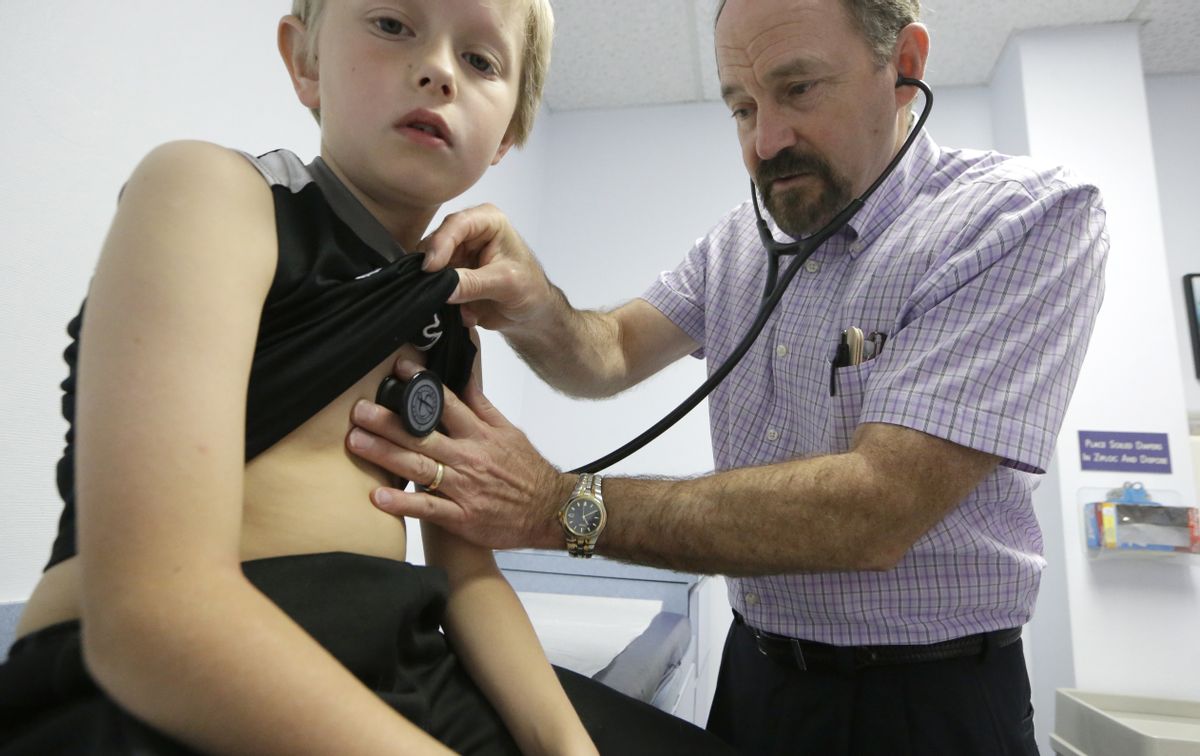 States are starting to prepare low-income children for a world without health insurance, thanks to the actions of the Republican-controlled Congress.

Because Congress allowed the Children's Health Insurance Program (CHIP) to expire in September, states have had to use their own funds to pay for health insurance for low-income children. A government report projected that many states and the District of Columbia would lose CHIP funding by the end of 2017, with others losing it by March 2018. This will make it more difficult, if not impossible, for low-income children to receive regular checkups, immunizations, prescriptions, dental care, vision care, inpatient and outpatient hospital care and other necessary medical services.

In 2016, CHIP cost the government $13.6 billion. By contrast, the new tax reform bill costs $1.5 trillion. Now the effects of the program's expiration are beginning to be seen in individual states.

"Unfortunately, federal funding for the Children's Health Insurance Program (CHIP), known in Connecticut as HUSKY B, ended on September 30, 2017, because Congress failed to take action to extend the program," explained Connecticut's website on the CHIP program. "Connecticut has been able to continue offering HUSKY B beyond that date by using leftover federal funding. However, these funds are expected to run out on January 31, 2018."

Colorado released a similar statement in November, one that likewise declared that they will have to end their CHIP program if federal funds are not renewed on January 31, 2018. Alabama announced last week that it would stop enrolling children on January 1, 2018 and would end the program on February 1, 2018.

The $1.5 trillion tax cut that Republicans passed on Tuesday will also worsen the health care situation for millions of Americans. The repeal of the Obamacare coverage mandate will cause roughly 13 million people to abandon their current health insurance policies, in turn prompting insurers to raise their premiums by 10 percent annually, and it will apply automatic spending cuts to Medicare and food stamps.