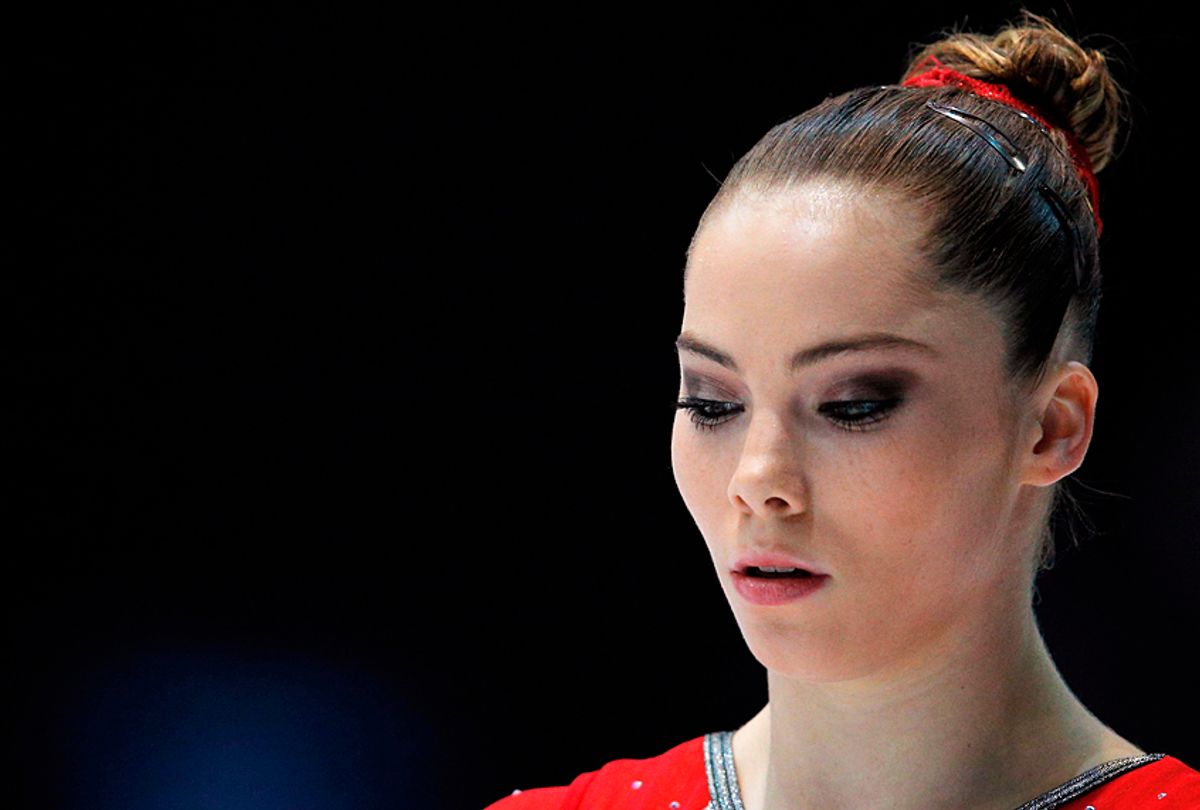 Through her lawyers, Maroney alleges that her team and its attorneys struck a settlement deal that included a confidentiality agreement that barred the gold-medal-winning Olympian from publicly speaking about the abuse she and others may have suffered.

"They were willing to engage in a systematic cover-up of the entire matter," Maroney's attorney, John Manly, told ESPN. He filed the lawsuit on behalf of Maroney in Los Angeles County Superior Court.

Manly said the confidentiality agreement was a way for USA Gymnastics to buy Maroney's silence and is part of a larger "culture and atmosphere that conceals known and suspected sexual abusers." The Wall Street Journal reported that Maroney was compensated $1.25 million for the settlement and that Manly is currently trying to void the agreement.

According to the Los Angeles Times, Maroney says USA Gymnastics "coerced" her into signing the settlement during a time when she was emotionally traumatized from the sexual abuse and "in need of funds to pay for psychological treatment for her worsening psychological condition."

"I want people to understand that this kid had no choice. She couldn't function. She couldn't work," Manly said. "They [USAG] were willing to sacrifice the health and well-being of one of the most famous gymnasts in the world because they didn't want the world to know they were protecting a pedophile doctor."

Manly also claims that the settlement itself was illegal, which, according to the lawsuit, had a penalty of $100,000 if Maroney spoke about the abuse or settlement publicly. Manly says California law blocks confidential agreements in child sex-abuse cases. "We're basically saying USAG and its lawyers violated the law by asking McKayla to agree to it and that she should be free to talk about her abuse to whomever she wants, whenever she wants," he told ESPN.

Maroney broke the agreement when she tweeted about the abuse in October. "People need to understand the courage it took to put out that Twitter post. She not only was exposing her humiliating story, but she was also putting herself at legal risk," Manly said.

Nassar has pled guilty to some of the many allegations against him and was sentenced last month to 60 years in prison in connection with child-porn charges. He was not charged with sexually abusing Maroney, but she did provide a victim impact statement. "He abused my trust, he abused my body and he left scars on my psyche that may never go away," Maroney said. "He needs to be behind bars so he will never prey upon another child."