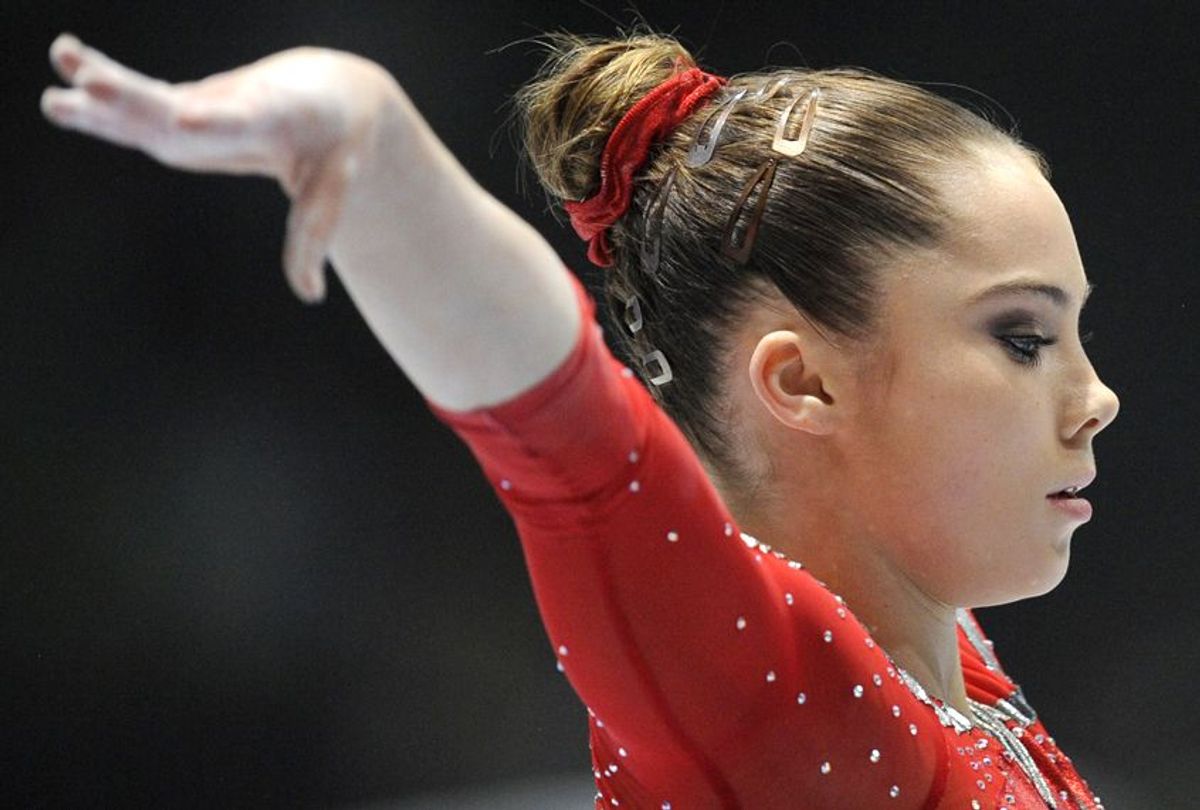 Nassar, now in jail, is already facing 22 charges of first-degree criminal sexual conduct in addition to charges of sexual abuse of a family friend and possession of child pornography, according to a New York Times report. He has pleaded guilty to federal child pornography charges and is scheduled to appear in court for sentencing on November 27, reports ESPN.

In her statement, Maroney alleged that Nassar's abuse of her began when she was 13 years old, disguised by him as “medically necessary treatment.” She wrote, "Dr. Nassar told me that I was receiving 'medically necessary treatment that he had been performing on patients for over 30 years,'" adding, “It seemed whenever and wherever this man could find the chance, I was ‘treated.’”

Maroney, who won gold with her team and silver in the vault event at the London Olympic Games in 2012, alleged that Nassar’s abuse did not end until she left the sport.

"For me, the scariest night of my life happened when I was 15 years old," her Instagram post reads. “I had flown all day and night with the team to get to Tokyo. He'd given me a sleeping pill for the flight, and the next thing I know, I was all alone with him in his hotel room getting a 'treatment.' I thought I was going to die that night.”

Maroney's story aligns with those of her teammates, says a Times report, right down to Nassar's alleged methods. “At the end of the day, there are members of every single Olympic team since 1996 he did this to,” Mr. Manly told the Times. “That’s what we’re going to end up with.”

ESPN reports that 125 women are suing Nassar, and their attorneys "agreed in August to take the cases to mediation, a step that could result in a settlement." USA Gymnastics and Michigan State are among the other defendants.

Nassar also faces charges for performing unnecessary intra-vaginal and intra-rectal examinations, which he and his lawyers have defended as “accepted medical practice,” according to ESPN. The report states that if convicted on any of the 22 counts, Nassar could face life in prison.

Maroney's tweet was both a call to action and a message of empowerment to survivors, encouraging people to speak out about abuse and educate others on the issue. "Our silence has given the wrong people power for too long" she wrote. "It's time to take our power back."

The 10-year-old hashtag #MeToo has found renewed popularity after being pushed by actress Alyssa Milano in an effort to bring awareness to the widespread issue of sexual assault and harassment in light of the recent allegations against Harvey Weinstein. In an exposé published on October 5, The New York Times uncovered Weinstein's long history of sexual misconduct, which had been occurring for decades. Over 30 women have now shared sexual assault or harassment allegations against the Hollywood producer.