President Trump just had another praise and prayer-filled Cabinet meeting 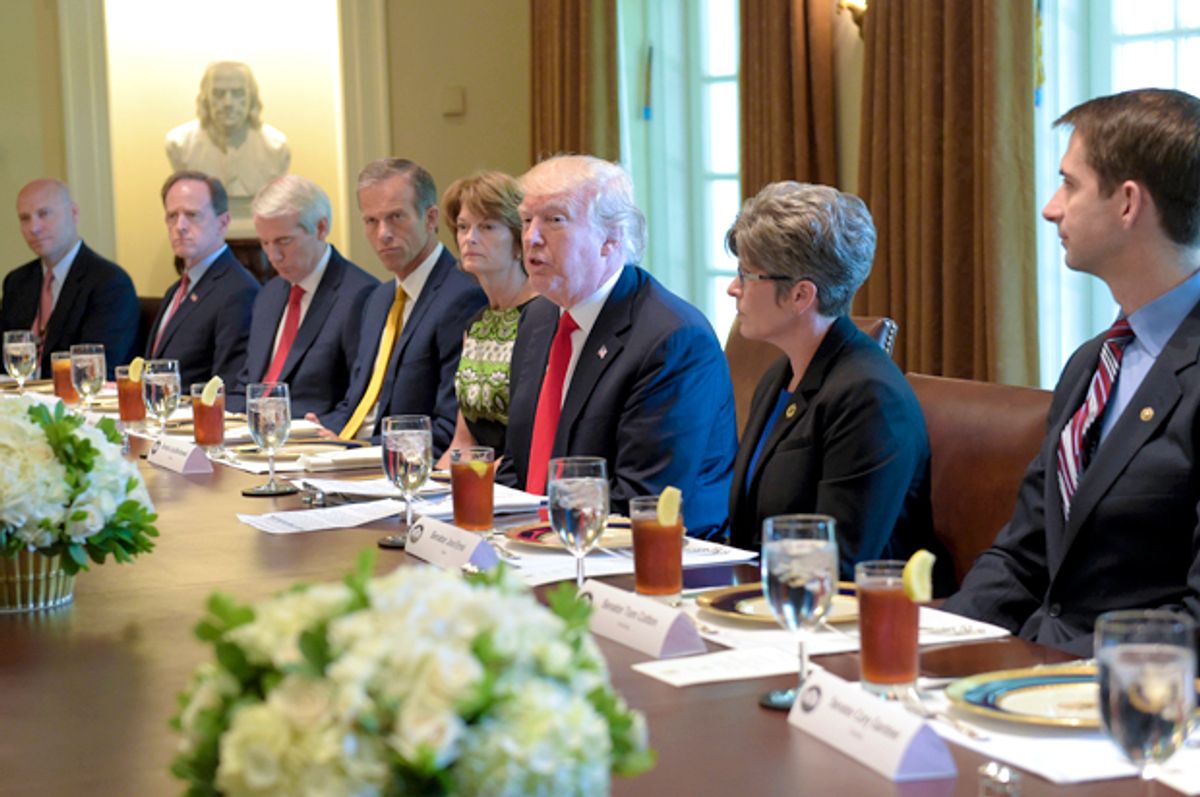 President Donald Trump held an open Cabinet meeting on Wednesday in which — once again — the main theme seemed to be saying nice things about the president.

After telling reporters that his Cabinet meeting was "one of celebration," Trump boasted, "We have done a job like no other administration." He specifically praised the tax reform bill for repealing the individual mandate, saying that Obamacare was being repealed because the individual mandate was removed from the bill. "We have essentially repealed Obamacare and we will come up with something much better," Trump said.

He even admitted that he hadn't emphasized the individual mandate repeal in talks with reporters because he didn't know how it would be covered.

Trump's boasting lasted about 12 minutes, which was swiftly followed by a prayer by Secretary of Housing and Urban Development Ben Carson.

Carson's prayer included a reference to Trump being a "courageous" president and referred to the Cabinet members as people who would "face the winds of controversy . . . to guide a better future for those who come behind us." He also thanked "the unity in Congress that presented an opportunity for our economy to expand so that we can fight the corrosive debt that has been destroying our future."

His prayer also took a swipe at Democrats, expressing hope "that unity will spread even beyond party lines, so that people recognize that we have a nation that is worth saving, and recognize that nations divided against themselves do not stand."

Although he wasn't praying, Vice President Mike Pence also made remarks that may as well have been prayers. He thanked Trump for his deregulatory policies and the passage of "historic tax cuts . . . in just a short period of time, that promise will be fulfilled . . . you’re delivering on that middle class miracle."

He added, "you got Congress to do what they couldn’t do for seven years," referring to the appeal of Obamacare's individual mandate.