For the first time since 2013, Americans say Democrats have a better understanding of the economy 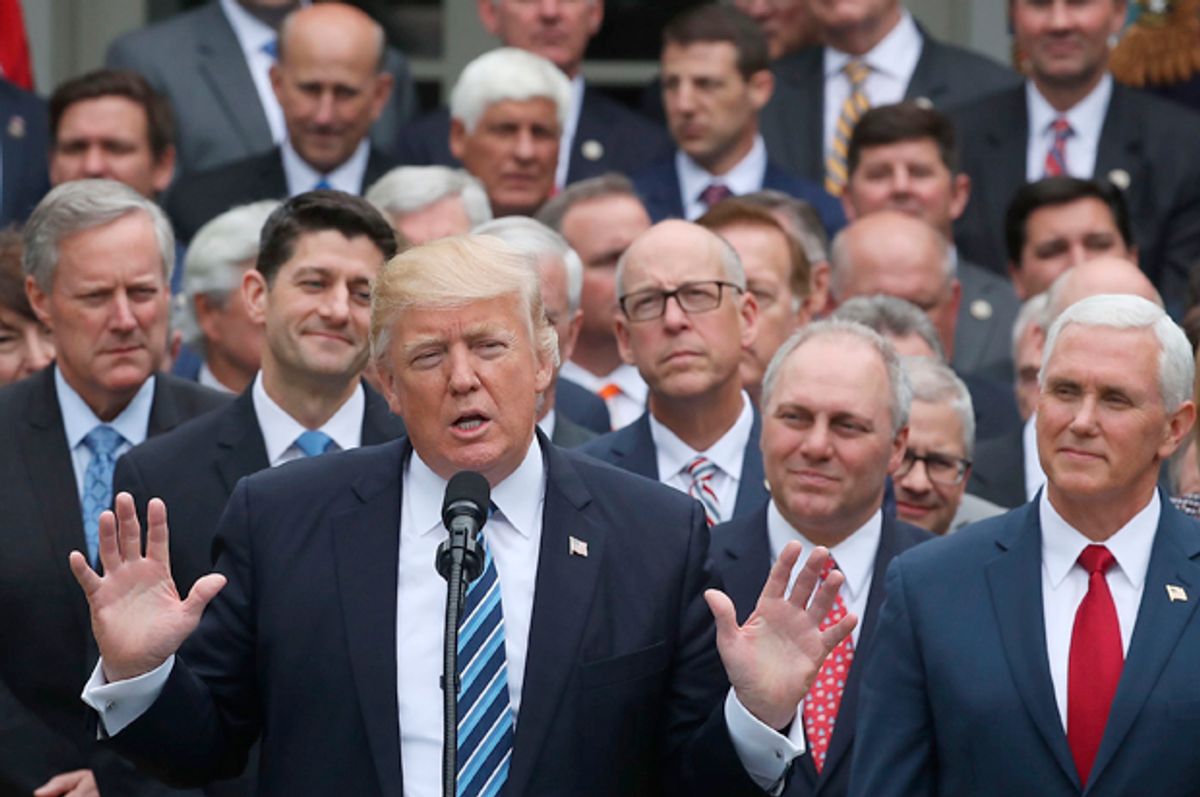 The GOP tax reform bill isn't just unpopular on its own terms; it is actively hurting the Republican Party brand.

Twenty-four percent of Americans think the tax reform legislation is a good idea, while 41 percent believe it is a bad idea, according to a poll by NBC News/Wall Street Journal. This is a decline from the already less-than-stellar marks that the bill received in October, when 25 percent of Americans thought it was a good idea and 35 percent thought it was a bad idea.

The poll also gave President Donald Trump a 41 percent approval rating, which is remarkably low, considering that Americans by a 2-to-1 margin believe the president has made the economy better (4o percent to 21 percent). Republican pollster Bill McInturff told NBC News that he had never in his career seen a political dynamic in which "a president is getting credit for the economy improving and not deriving political value from it."

The Republican Party, by contrast, is being harmed by its association with the unpopular tax bill. Only 30 percent of Americans think the Republican Party does a better job of handling economic policy, while 35 percent say that the Democratic Party does a better job. This is the first time in nearly five years that the GOP has fallen behind the Democrats on this key metric; the last occasion occurred shortly after President Barack Obama was inaugurated for his second term in January 2013.

Notably, Americans were distinctly pessimistic about the impact that the tax reform bill would have on them personally. Seventeen percent said that their families would pay less in taxes while 32 percent said that they would pay more, according to The Wall Street Journal. Perhaps as a result of this lack of confidence, 33 percent said that Democrats would do a better job at handling the economy than Republicans, with only 29 percent saying the reverse.

Sen. Ted Cruz, R-Texas, did not help matters when he told the Senate on Tuesday that the authors of the bill enjoyed the fact that it would hurt Americans in predominantly Democratic-voting areas.

"The ONLY people whose taxes are going up are the really rich, in Manhattan and San Francisco. The facts are, the taxes for the working class are going down," Cruz told the Senate.