Here's why the creator of #MeToo is promoting a new hashtag

Tarana Burke is teaming with Alyssa Milano to promote #HerToo. Here's what it's about 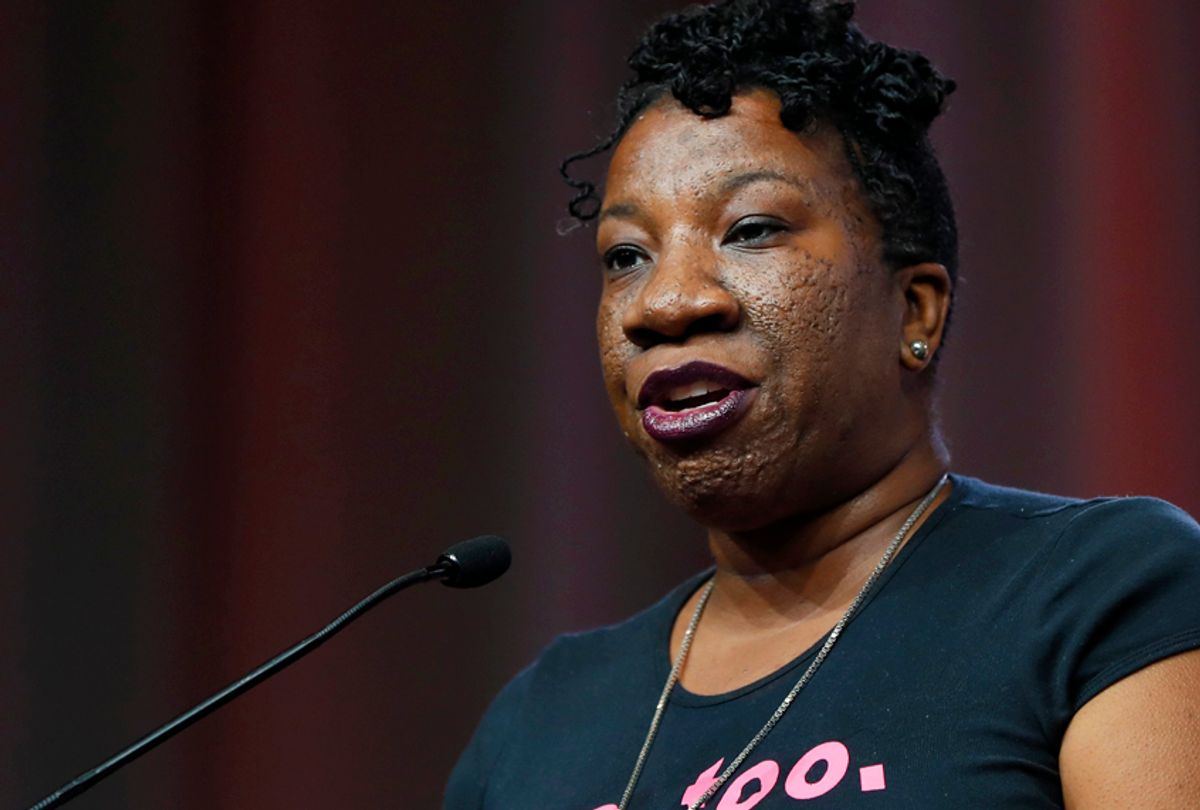 Tarana Burke, the activist and founder of the #MeToo hashtag and campaign, and Alyssa Milano, the actor who helped amplify them after the revelations about Harvey Weinstein became public, have co-authored a piece published The Guardian Thursday that promoting a new phase of the movement and a new hashtag, #HerToo.

"For every woman and girl who has been empowered to say #MeToo – #YoTambien, #BalanceTonPorc – countless others are too afraid to break their silence," the duo writes.
"They fear denial, shame, punishment, blame, further violence and retaliation against them or their families," they add. "We pledge to build on the power and solidarity of #MeToo to embrace #HerToo . . . you are not alone."

The article comes after a November 2017 report by Unicef called "A Familiar Face: Violence in the lives of children and adolescents," which found that 15 million "adolescent girls aged 15 to 19 have experienced forced sex in their lifetime," nine million of whom "were victimized within the past year." Only 1 percent of those girls "reached out for professional help."

It is with these statistics in mind that Burke and Milano are attempting to draw attention to the children and others who do not have the power or ability to share their #MeToo stories on their own terms.

#HerToo is about our deepest desire to ensure the dignity of every woman and girl is honored. It’s about our personal dedication to building a culture of respect where it is sorely lacking. It is about Unicef’s work – work we all must undertake – to end discrimination and violence against girls and women – and against all children suffering violence and harassment – worldwide, through education, protection and policy reform.

Tarana Burke founded #MeToo a campaign of "empowerment through empathy," in 2007 to support "marginalized, poor, underrepresented" victims of sexual assault. Initially, the focus was on "women and girls of color who lacked support and resources." It has since expanded far beyond that as a way for all social-media users to share their experiences of sexual abuse, some say to the detriment to its original aims of amplifying the voices of people of color who rarely get the attention they need and deserve.

To a certain extent, #HerToo can be seen as somewhat of a corrective there. According to its famous advocates, the hashtag exists draw attention back to underrepresented women and girls, be they Boko Haram sex slaves, silenced victims of domestic abuse or anyone who doesn't have the tools or space advocate for themselves. Its focus is everyone affected by systemic sexual assault, not just those who have the access and privilege to speak out.

As Burke and Milano explain, "when all girls do better, we all do better."