When the city's police contract came up for renewal, Black Lives Matter activists seized an opportunity for change 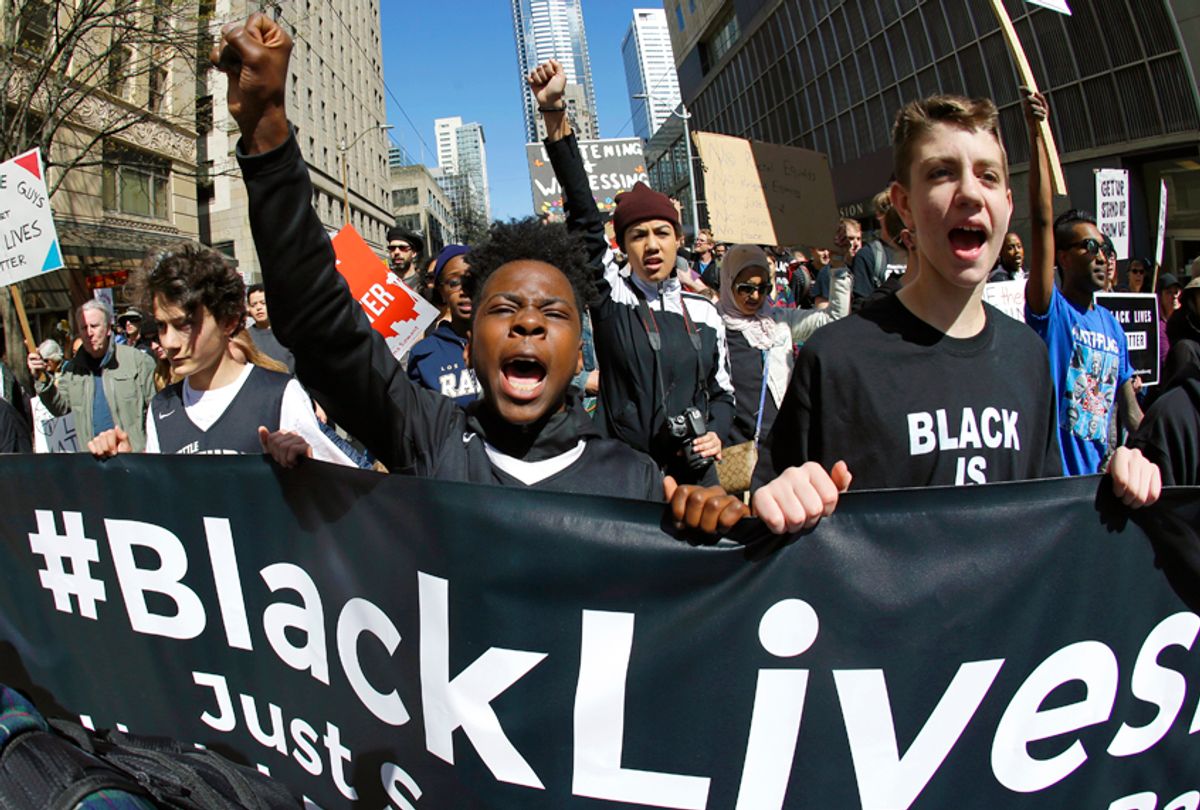 The election of Donald Trump and his appointment of Jeff Sessions as attorney general was a major setback for the Black Lives Matter movement, which had been successfully pressuring the Justice Department under Eric Holder and Loretta Lynch to start holding local police departments accountable for misconduct and brutality. But the movement has become increasingly sophisticated when it comes to targeted local actions aimed at cleaning up police departments. It's grueling work that often takes months of organizing to win even minor reforms, but activists hope that adding up a number of small victories over time can lead to a culture of more humane policing.

The city of Austin, Texas, recently became home to one of those victories and a demonstration of how effective local activism can be when it comes to making life better for people — even under this administration. Community organizers convinced the Austin City Council to reject a police union contract that activists say does not go far enough to ensure that police are held accountable for civil rights violations. Now the police union is refusing to engage in contract talks, and activists believe this represents a real opportunity to remake the Austin Police Department into a far more conscientious organization.

“Many community members, as long I’ve been on city council, have asked me and other leaders for more accountability and transparency for the police department, for very good reason," council member Gregorio Casar told Salon. He is still shaken, Casar added,  by the experience of negotiating "settlements with families who have lost a loved one in a police shooting," since "there’s no way to put a dollar figure to the life of a person."

Despite being a famously liberal city, especially by Texas standards, Austin had a rather backward contract with its police department. Campaign Zero, which functions as the policy wing of the Black Lives Matter movement, has created a score card rating police contracts in 81 cities on transparency and accountability. Austin got one of the worst scores, failing on all six measures. Among other dubious practices, the contract gives police officers 48 hours after a reported incident of abuse or brutality before they are questioned about what happened, limits civilian oversight, and shields police from discipline if a brutality incident is exposed 180 days or more after it happened.

That latter provision became a scandal in the city after video surfaced of police manhandling a schoolteacher named Breaion King. After pulling King over for a minor traffic violation, Officer Bryan Richter is seen flipping out on the young woman, and slamming her to the ground twice. After arresting King for resisting arrest (charges that were immediately dropped), the other officer, Patrick Spradlin, was recorded telling King that "a lot of the white people are afraid" of black people because they supposedly have "violent tendencies." Richter and Spradlin faced no disciplinary charges, however, because the video emerged after the 180-day window.

The police union's contract was up this year, and the city and community pressured the Austin Police Association to come up with a more equitable contract. Instead, activists argue, the police came back with some minor reforms that fell far short of what the city asked and demanded huge pay raises in exchange. So organizers flooded a city council meeting for nearly nine hours on Dec. 13 and, aided by national activists DeRay Mckesson and Samuel Sinyangwe, convinced the council to reject the contract.

"It was hectic. It was beautiful. It was democracy," Chris Harris, a campaign coordinator for the Austin-based Grassroots Leadership, told Salon about that night. "It was also the culmination of a lot of work a bunch of us have put in for a while."

“Basically, there was a lot of cowardice on the council," he told Salon. “There’s a couple hundred activists screaming at them, and they fell apart. I’ve never seen that happen, and I’ve been doing this for 50 years.”

“I use the word ‘activist’ loosely," DeLord added, suggesting the range of attendees went from "anarchists to just liberals."

For left-leaning activists, taking on a police union isn't without its difficulties and internal conflicts. Progressives don't find themselves in opposition to organized labor very often, after all.

"I think we all had our own personal struggles with it," Harris said, "in terms of wondering what this meant about our own views on organized labor and collective bargaining."

Labor historian and University of Rhode Island professor Erik Loomis argued, however, that "it is not anti-union to demand accountability, so long as the bargaining process is respected."

"Police officers are workers and it's important to respect the collective bargaining rights of all workers," he added. "However, the public may also have interests that are not that of the police unions. Solving these problems is what the bargaining process can accomplish."

“I do believe we should have competitive police wages," said Casar, the Austin city councilman, though he noted that Austin police are already some of the highest-paid in the state. "But we should we also have best practices for transparency and oversight with those wages.”

DeLord, the police union lawyer, argues that the contract the union presented offered plenty of reforms and that the pay bump the union demanded in exchange was reasonable. He argued that some of the activist requests, such as subpoena power for a police review board or citizen power over staffing decisions, are overreach.

After the city council told the police union and city management to return to negotiations, the police decided to end talks. That means the police contract will revert, at least for now, to the standard one outlined by the state of Texas. This presents some obstacles, because state law also protects police from community accountability. But neither Casar or Harris seemed too worried about this.

"We now start from the beginning," Harris said. "We had 20 years of bad deals, basically building up perks and incentives for the police that got to the point where anytime we asked for accountability and transparency, they would ask for more money, and we really didn’t have anything left to trade." Now a lot of that is gone, he said, giving the city more leverage if and when talks resume.

Austin, Casar added,  can now “try to be the most transparent and accountable police department that we can be.”

DeLord indicated that once a new city manager has been seated, the police union could be ready to renegotiate.

Ultimately, Harris said, "I really do want less police," saying that Austin police are "asked to do way too much," including dealing with addiction, mental health, homelessness and even school discipline. Instead of shelling out more money to police, he said, he wanted to see the money go to social services that might prevent a lot of these problems from escalating to the point where police are called in the first place.

Austin activists secured this victory because a number of factors converged, including the timing of the contract and negative local press coverage of the Austin police. But the entire story provides a good example of how continuous organizing and education efforts can create an environment where, when opportunities like this arise, activists are ready to strike and make change.

"I hope that the Austin activists can set a precedent to fight back," Loomis remarked. The fight will look different in every city, but the basic principles remain the same.