After piling praise on Donald Trump at a Cabinet meeting, Mike Pence became a victim of Late Night comedy 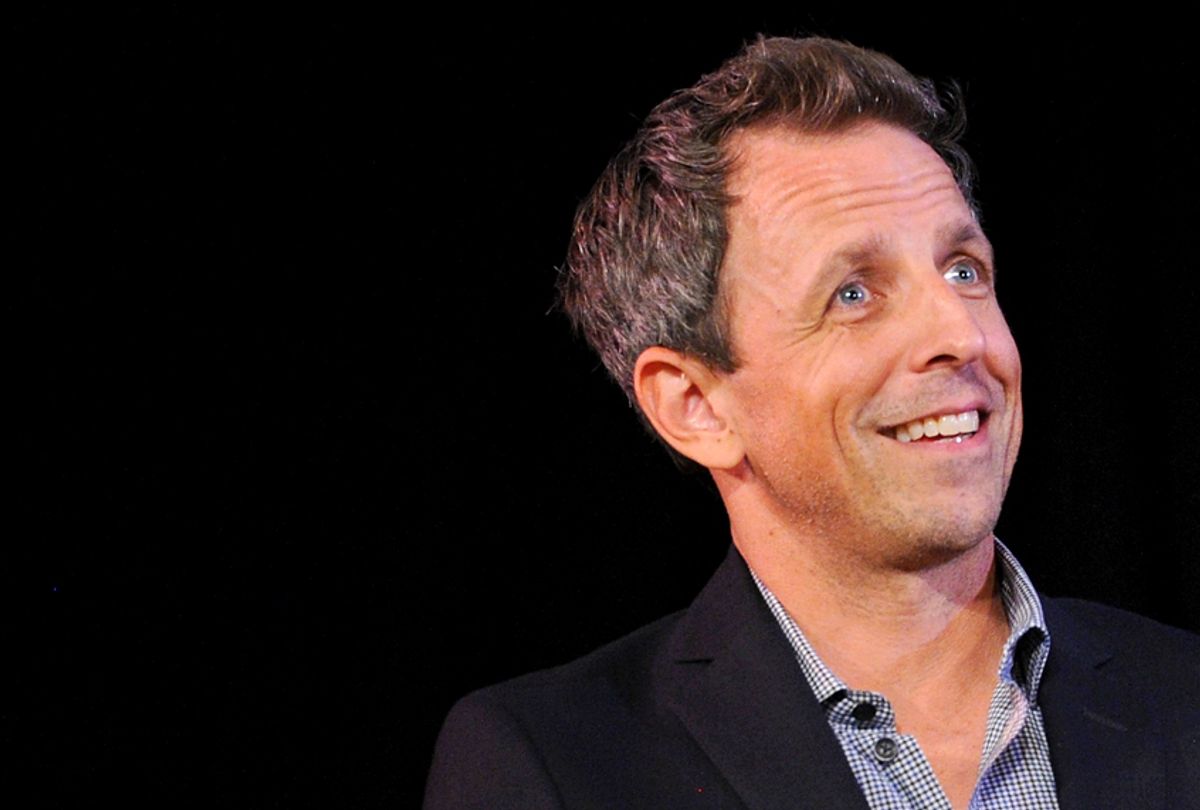 Of course Meyers had his job done for him — Pence commending Trump a total of 14 times in under three minutes, or once every 12.5 seconds, reported the Washington Post. Pence's worst compliments included these gems:

Thank you for seeing, through the course of this year, an agenda that truly is restoring this country.

I’m deeply humbled, as your vice president, to be able to be here.

Because of your leadership, Mr. President, and because of the strong support of the leadership in the Congress of the United States, you're delivering on that middle-class miracle.

And Meyers was sure to mention that Pence made all these praises — and several others — right to Trump’s face — as he was sitting across from him.

“Even [Trump] is like ‘Dude, I’m married,’” Meyers joked. “After that Cabinet meeting, Pence showed up at Trump’s door holding cue cards” — a reference to the romantic comedy film “Love Actually.”

And considering Pence’s vehemently anti-gay attitude, the mere suggestion of his interest in Trump must really hurt.