Have a few hours to kill? More podcasts are taking the miniseries approach 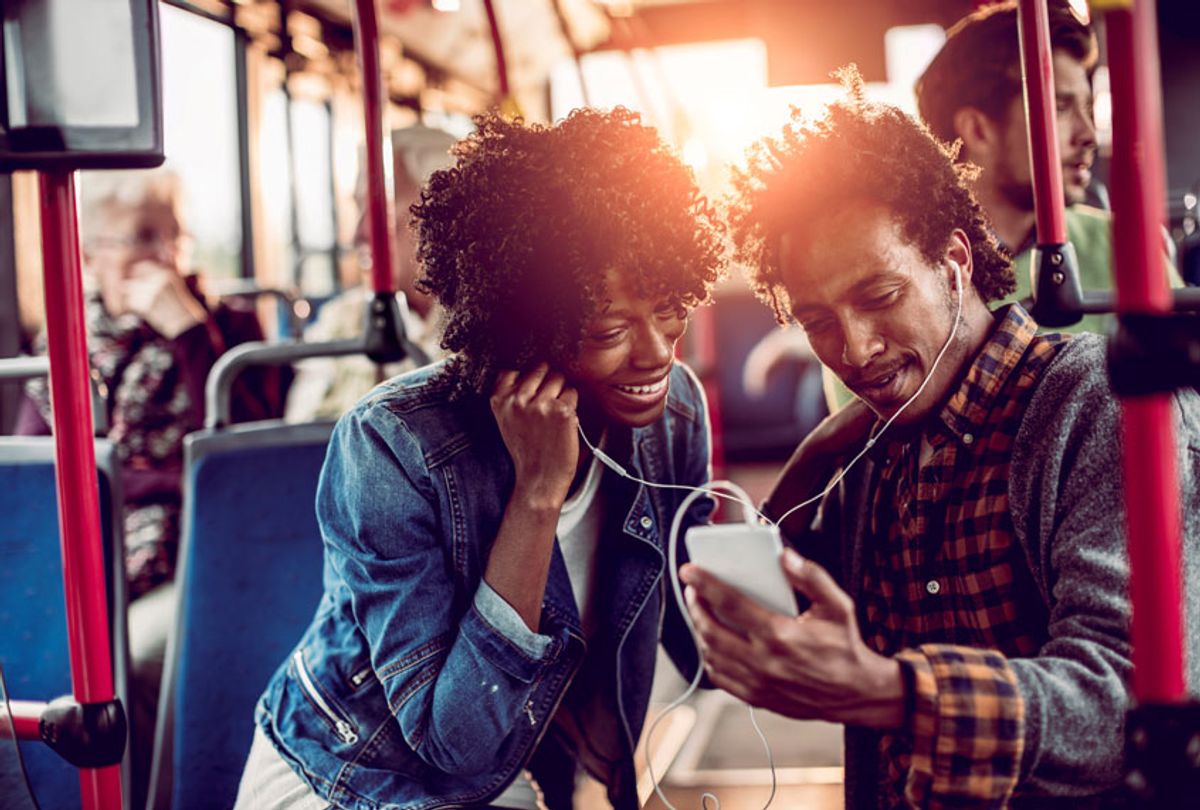 Call them short-runs, call them mini-series: these 14 selected shows all opted to explore a single topic in depth for more than two episodes over the course of 2017. If you’re not ready to marathon listen to a whole serialized show (or you’ve simply run out of them), try some of these focused series instead.

First episodes of each series will be highlighted here. Follow the show in the RadioPublic app for iOS or Android to listen to the complete series.

The Center for Documentary Studies’ podcast asks “How’s it going in our society and culture?” and then leaves the studio to find out. In this 14-part series, host John Biewen turns the lens onto whiteness itself, delving deep into its history and meaning in American life.

"The Heart" podcast's audio art approach lent itself to a series of miniseries this year, including "Pansy," a series on where masculinity and femininity meet, and "Bodies," exploring our relationships with our bodies. If you are to listen to one this year, though, let it be "No," a four-part series about consent.

"The Sporkful" regularly looks at food as a way to learn more about people, so it’s only natural that a series called “Your Mom’s Food” would appear. Over this four-part series, Dan talks about the origins of individual tastes and the ways in which our kids are fed.

"Little Atoms," the podcast about big ideas for open minds, takes a gander into the world of history to explore the influence of science on the Romantic and Gothic imagination.

A four-part series on workplace discrimination for mothers, from the parenting-podcast-for-everyone.

This four-part series explores the complicated history of colonization and renewable resources in Quebec as it seeks to illuminate the environmental benefits and human costs of clean energy.

7. From "Millennial" — the Cuba series

Megan Tan kicks off the final year of Millennial with a trip to Cuba, looking at what it means to come of age in another country.

Members of NPR's "Code Switch" team spent a year with the teachers and students at a radical new high school for young black men in Washington, D.C., in this three-part series set at Ron Brown High School.

Three episodes that tell the story about what happened before, during and after a deadly police shooting caught on camera.

10. From "See Something, Say Something" — the Ramadan series

This five-part series aligned with a month of fasting and explores different aspects of Muslim life: athletic training during Ramadan, building communities outside of mosques, black Muslim communities, converts and the experiences of praying.

This series embraces wholeheartedly the uncomfortable conversations around student debt -- money quandaries that are affecting the lives of individuals years after they were students. The original series was a two-parter and followed up with two episodes that took listener questions live.

Three narratives on homelessness in the San Francisco Bay Area, as reported by the investigative team at KQED.

"The White Whale"’s other-worldly sound takes an experimental approach to audio documentaries. In this six-part series, a 'zine from Julie Shapiro’s past, "Samples from Anodyne," takes on a new form in the digital age.

This story begins with an advertisement in an online lost and found: Father and partner missing. Over the five-part series, the story of Zack’s disappearance is told.