Republicans have enacted the most regressive tax plan in 50 years. Maybe they should study history more closely 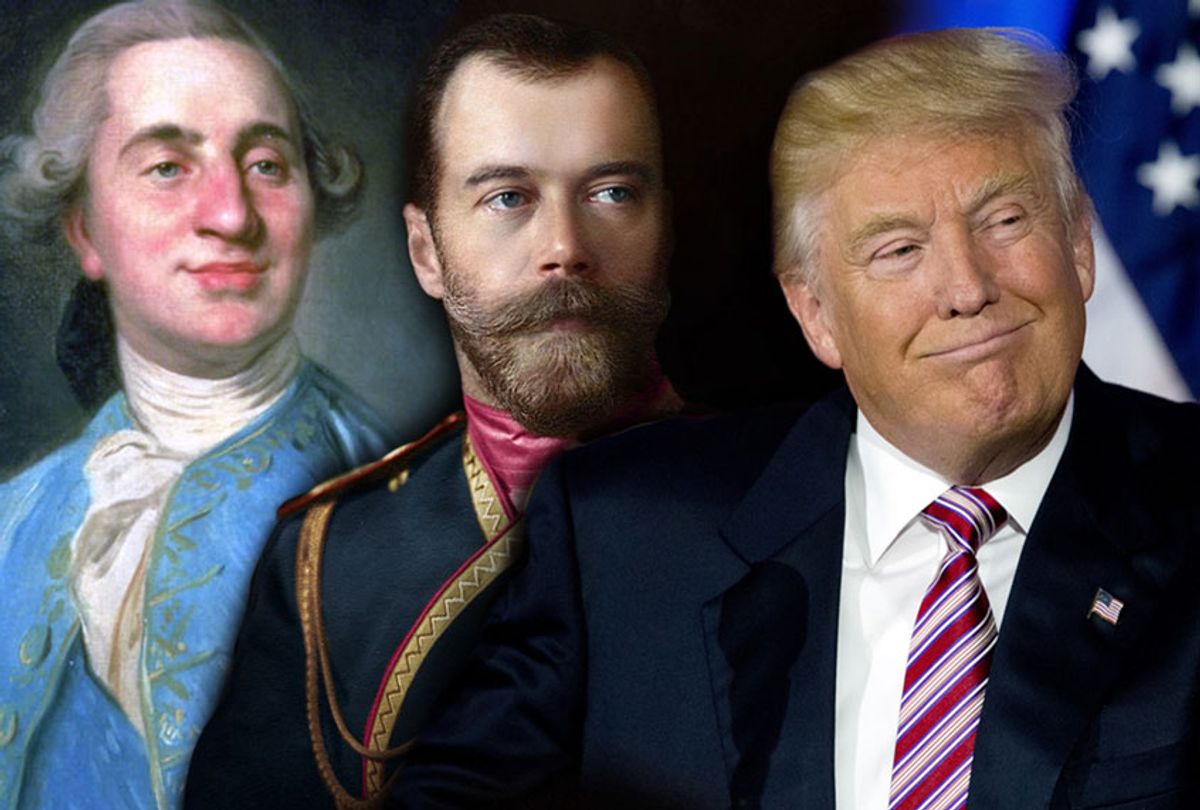 During Barack Obama’s eight years in office, he was regularly branded a socialist by the right for his perceived hostility towards capitalism and business. According to Republicans in Congress, the “left-wing” president was “attacking capitalism” and freedom, and advancing a blatantly socialist (or even communist) agenda. Virtually every economic policy enacted by the Obama administration was denounced as socialism, whether it was the Affordable Care Act, environmental and financial regulations, the stimulus package (which was, if anything, “socialism for the rich”) or modest tax increases on the wealthy (after Obama first extended George W. Bush's tax cuts).

These ad hominem attacks on Obama were ironic for a variety of reasons, but mostly because the president was essentially a business-friendly centrist who did more than anyone to save capitalism and preserve the status quo. When Obama entered office in 2009, it looked as if the global economy was on the verge of collapse, with capitalism facing its greatest test since the 1930s. The financial crisis was a result of nearly three decades of neoliberal economic policies — financial deregulation, tax cuts, union-busting, free trade deals and so on — which had had overwhelming bipartisan support over the previous two decades.

The fledgling president could have taken advantage of this crisis — along with the popular anger against Wall Street — to promote a more radical agenda. Were he truly a “socialist” or a left-winger, Obama would have at least attempted to go this route. Instead, his administration took a “pragmatic” approach that involved stabilizing the economy at all costs and allaying public rage. “My administration is the only thing between you and the pitchforks,” said the president in a meeting with top Wall Street CEOs in 2009. “I’m not out there to go after you. I’m protecting you. But if I’m going to shield you from public and congressional anger, you have to give me something to work with on these issues of compensation.”

Obama acted as a mediator between Wall Street elites and the furious public, and oversaw modest reforms that were necessary to stabilize the economy. For this the president was labeled a treasonous socialist or a Marxist, which is roughly as accurate as calling Donald Trump an “intellectual."

Of course, since Obama left office almost a year ago the Republican Party has worked hard to reverse his “socialist” agenda and restore “free market capitalism.” The Trump administration has dismantled many of Obama’s regulatory achievements — particularly those related to the environment and finance — and this week the Republicans passed their major tax bill, providing massive tax cuts and benefits to the biggest corporations and the richest Americans (including some Republican congressmen and the president himself). According to Republican rhetoric, these right-wing policies will unleash the true potential of capitalism and lead to enormous growth and prosperity for all. In reality (and according to most mainstream economists) they will exacerbate inequality, increase the national debt, destabilize the financial system and empower corporate and Wall Street elites, just as the same neoliberal policies did leading up to the 2008 financial crisis.

In a sense, then, these policies will unleash the true potential of capitalism, though not in the way Trump and his Republican cronies claim. Capitalism is, after all, an inherently unstable system that breeds inequality and class conflict. When the “free market” is left unfettered, these tendencies — what Marxists call the “contradictions of capitalism” — go unchecked and worsen over time. There is a real irony in the Republican effort to reverse Obama’s economic agenda in the name of reviving the capitalist spirit, since their right-wing agenda will likely do more to engender a crisis of capitalism than anything the “anti-capitalist” Obama ever did.

There has long been a popular notion on the left that as the contradictions of capitalism heighten, the potential for revolution grows too. The thinking behind this is simple: The more conflict and instability there is in society, the more likely radical movements will form and the more vulnerable the status quo becomes. This has been demonstrated throughout history, and looking back at some of the major revolutions it is clear that nothing was inevitable. Had the ancien régime in France made smarter fiscal decisions and not involved itself in the American Revolution — which nearly bankrupted the monarchy — perhaps the regime could have staved off revolution. Later on, had Louis XVI accepted the reforms of 1789 instead of attempting to launch a counterrevolution, the revolution might have never been radicalized and the king might have kept his head. Likewise, had the last Russian Tsar, Nicholas II, agreed to liberal and democratic reforms before the first World War, rather than stubbornly fighting to preserve autocracy, the Bolsheviks might not have had the opportunity to seize power a decade later.

These are big what-ifs, of course, and the archaic institutions those rulers presided over were already in decline at the time of revolution. Only radical reforms could have extended their shelf life, but instead those autocratic rulers opted to double down on the past and ended up exacerbating the problems of the present.

This is a highly contentious position, but some leftists look back at those historical episodes and apply the same logic to our current situation, advocating that we “heighten the contradictions” in order to accelerate capitalism’s demise. Karl Marx himself appeared to support this attitude in a speech he gave on free trade in 1848, pointing out that economic protectionism was ultimately a conservative policy, and that free trade “breaks up old nationalities and pushes the antagonism of the proletariat and the bourgeoisie to the extreme point.” In short, he noted, “the free trade system hastens the social revolution.” The author of the "Communist Manifesto" thus supported free trade because it promised to heighten the contradictions of capitalism and move society toward revolutionary change.

One of the main drivers of political and economic turmoil today is inequality, which is currently at one of the highest points ever seen in human history, according to a recent study by Washington State University and 13 other institutions. The study also revealed that inequality has been a major source of political and social discord throughout history, and one of the authors, anthropologist Tim Kohler, warned that if inequality becomes too pronounced "we could be inviting revolution, or we could be inviting state collapse.”

If defenders of the status quo were students of history, they would recognize that preserving the current system and its institutions will require confronting problems like inequality head-on. Reformers on the center-left seem to understand this, and support policies akin to the social democratic reforms of the mid-20th century. (This is evident in Robert Reich’s new documentary, “Saving Capitalism,” in which Bill Clinton's former labor secretary makes the case for reforming capitalism.)

The most pro-capitalist party in the world, on the other hand, is currently implementing an agenda that will no doubt heighten the contradictions of capitalism. The Republican tax bill, the most regressive tax reform of the past half-century -- a period that included the extremely regressive Bush tax cuts -- won’t just make the rich richer, but the middle class poorer. Income inequality has been rising steadily for the past 40 years in the United States, and one of the major drivers behind this trend has been tax cuts for the rich.

“The income-inequality trajectory observed in the United States is largely due to massive educational inequalities, combined with a tax system that grew less progressive despite a surge in top labor compensation since the 1980s,” the authors of the newly released 2018 World Inequality Report observe in their executive summary. Republicans are now succeeding in making the tax system even more regressive.

At a time when global capitalism seems to be heading toward the dystopian nightmare that Marx predicted 150 years ago, Republicans seem intent on telling the “forgotten men and women” of America to “eat cake.” Rather than taking a hard look at the consequences of corporate capitalism and neoliberalism, the GOP is enthusiastically doubling down on the policies that got us here in the first place. “I think Republicans are underestimating the extent to which this tax-cut bill is going to radicalize their future opposition,” Slate writer Jordan Weissmann tweeted earlier this month. It is safe to say that Republicans are also underestimating the extent to which their policies will destabilize capitalism itself.