The Weekly Challenger makes a big impact by staying small 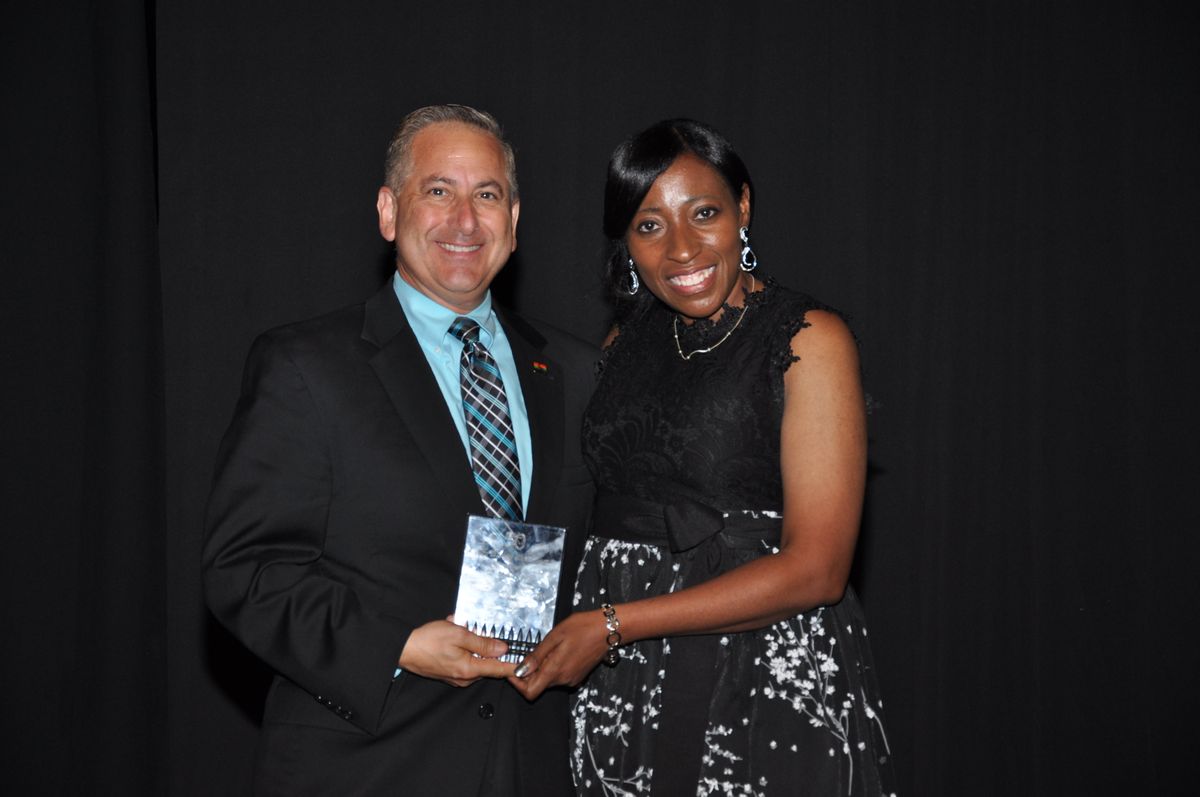 In the 1980's, Lyn Johnson’s father Cleveland needed a bodyguard. Over a decade had passed since he’d founded The Weekly Challenger, a newspaper that printed positive stories about the African-American community in the Tampa Bay area. Community members waited in lines for trucks to deliver the paper, said Lyn Johnson, but still her father faced violence from outside forces.

People chained racks, Johnson said, and knocked the heads off newspaper stands. And throughout her childhood, her father received death threats scrawled on the very pages of the newspaper he had helped to create.

“There were people out there who didn’t like what he was doing,” Johnson said of her father, who died in 2001. “They tried to scare or silence him.”

But Johnson wouldn’t be silenced, and the paper, which focuses mostly on St. Petersburg and neighborhoods in Pinellas County, became integral to the community. The Challenger, which just celebrated its 50th anniversary, has so far withstood the test of time, as papers like it across the country have shuttered.

“The Weekly Challenger was written for us, by us, and about us,” said Senator Darryl Rouson, a St. Pete native. “It has always been the lifeblood of the black community.”

Rouson – who represents the 19th district – sold copies of the Challenger as a child. Back then, it cost a quarter, and Cleveland Johnson let the future senator keep a nickel of each sale.

The paper, he said, chronicled “stories of accomplishment and achievement,” such as church gatherings, local high school events and business news.

“We used to look forward to our picture being in The Weekly Challenger,” he said.

When Lyn Johnson took over the Challenger, Sen. Rouson said, she brought creative ideas to make it “more appealing to a new generation of African-Americans.”

“She’s dedicated, hardworking and committed,” he said. “Plus, she’s everywhere.”

Initially, Johnson hadn’t wanted to follow in her father’s newsprint footsteps. The St. Petersburg native had already found a career in television. But in 2012, she decided to take on the Challenger as a labor of love, lineage and necessity.

Ad sales had drastically dropped in the ever-changing news business. And if Johnson didn’t take over, then she wasn’t sure anyone would.

“I’m invested in it, because it was my father’s paper,” said Johnson. “There’s no way you’re going to do this amount of work for the amount of money I pay myself.”

Those first few months had been especially tough, as Johnson didn’t know how to run a paper, and, she said, she received racist letters similar to the ones her father did throughout his career.

“They would say how horrible black people are,” she said, “and that we all smell and are stupid.”

When Johnson started at the Challenger, she wanted to take the paper back to its roots of community news, because “there’s the internet for that kind of [national] stuff.”

The Challenger had started as a local-issues paper but over the years had altered its super-local coverage to include national news. A function of community papers is to offer a different narrative, one for and about the people they cover. The Challenger currently counts a monthly readership of 100,000.

“It’s an update on everything that’s happening in the community,” said Saundrea Cooper, 52, a St. Petersburg native. “I’ve been reading the Weekly Challenger all my life.”

Cooper, who grew up with the Challenger, said she has been in its pages twice -- once around Christmas and “last year at Tropicana Field.”

This is the same kind of coverage Johnson’s father spearheaded. It took Johnson about a year, she said, to be able to print solely local news.

“I didn’t really know the community that well,” she said. “The paper had gotten away from community news, so people weren’t saying you should cover this or sending in flyers.”

Johnson’s efforts have since paid off, and she’s now known as the face of the Challenger. But running a community paper isn’t easy or cheap.

“It might be free to you,” said Johnson, “but the printer wants their money.”

“If mainstream was struggling, then certainly our minority papers were struggling,” said Sen. Rouson. “I wanted to find a way to sustain the history and legacy.”

The Challenger didn’t directly receive money from the state, but it benefited from allocated partnerships with institutions such as the Poynter Institute for Media Studies and the University of South Florida-St. Petersburg (USFSP).

Currently, USFSP is in the process of digitizing back copies of the Challenger. The digital collection dates back to 1976. It doesn’t go back further, because, Johnson said, her father kept stacks of papers in a backroom, then threw them out when he needed space for more issues.

“The Weekly Challenger is such an important part of St. Pete’s cultural heritage,” said Catherine Cardwell, dean of USFSP’s Nelson Poynter Memorial Library. “It’s our goal to make it available everywhere, but it’s also our mission to preserve the materials for our local St. Petersburg community.”

As part of this process, Cardwell said, Johnson and other members of the community helped identify people in photos, put names to faces and other logistics of getting the Challenger out there.

“It’s really amazing that Lyn does the whole publication primarily by herself,” said Cardwell.

For the paper to survive, Johnson has had to make it her life: She writes, takes photos and acts as the sole editor. She utilizes student-reporters from USFSP’s Neighborhood News Bureau and manages a rotating team of freelance writers.

One the Challenger’s most frequent freelancers, Holly Kestenis, has known Johnson for about 20 years.

“Lyn sets a goal and figures out what she needs to meet that goal,” said Kestenis, who recently covered local elections and the mayoral race for the paper. “She’s always had leadership qualities and has her stuff together.”

Those qualities are what keep the paper going in a time when similar publications haven’t fared as well.

Johnson does worry about future finances for the Challenger, but she said community papers will continue to be necessary.

“You see in the news black people stealing, murdering, all kinds of horrible things,” she said, “but what you don’t see are the triumphs going on in the community and that’s where the local, weekly newspapers will pick up that slack.”