Terry Crews and the shifting image of survivors

The public has been slow to embrace survivors when they're not famous and white, but Crews is changing that 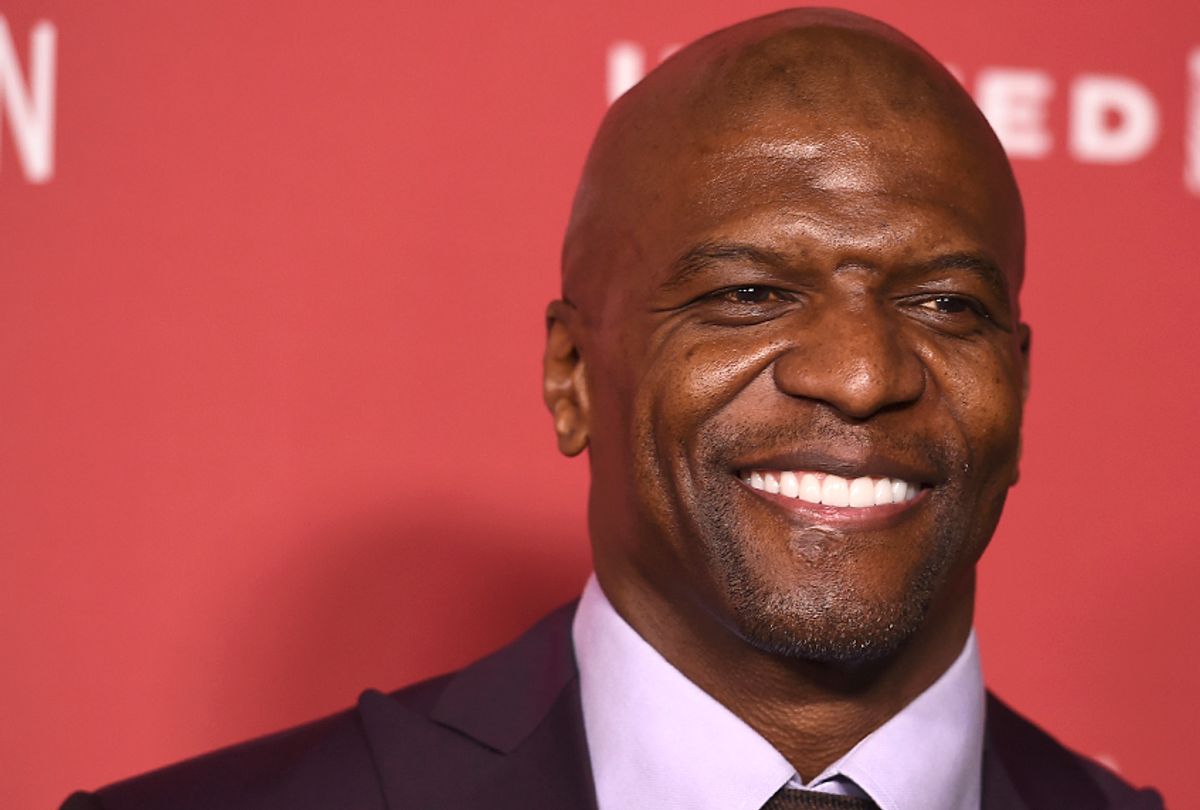 Terry Crews said he decided to tell his own #MeToo story after he saw the mounting skepticism and disbelief levied against the women coming forward in Hollywood about their experiences of sexual harassment and abuse.

Through a brave and candid Twitter thread, Crews described a traumatic encounter where an unnamed, but powerful agent allegedly groped Crews at a party in front of his wife (it was later revealed the talent agent was Adam Venit, former head of the motion picture department at William Morris Endeavor).

During an interview with ABC, Crews said the assault happened not once, but twice that night, and Venit stuck his tongue out at him in what he says was an overtly sexual manner. His wife confirmed Crews' accusations to the network.

Since Crews came forward with his allegations, he has been a tireless advocate and ally as the tidal wave of sexual misconduct allegations coming from Hollywood and elsewhere continues to roll in. He's refused to back down or be silenced. Crews posted a screenshot of an email that he says was from music mogul Russell Simmons where he asks Crews to give Venit "a pass." Crews also said that his family has been spied on by WME.

But in Crews' outspokenness, in his unwavering support for all of the survivors sharing their own stories, he has forced a new reckoning of what sexual misconduct victims look like in the mainstream.

It's not a novel clarification that men are sexually assaulted — one in six of them are reportedly victims of sexual assault. But with Crews being a former NFL defenseman and a visibly muscular, traditionally masculine, tall, black man, he has opened up space in #MeToo in a substantial way. In a society where black men are rarely seen as victims, Crews is also actively combating a long, ugly, traumatic history of the hyper-sexualization of African-American men in the U.S.

"It’s really difficult I think as a black man to come forward and be honest about the way in which they are looked at and dealt with," Burke said, "like the fear of black men in sexual violence, but as survivors of it, not perpetrators."

It's a phenomenon Crews is distinctly aware of. "The way he [Venit] looked at me, the way he giggled, it was one of those things where he was like 'hey man, no one's ever going to believe you,'" Crews told ABC's Michael Strahan. But Crews has remained steadfast, filing a police report about the incident, suing Venit and refusing to be shamed. "I did not deserve to get molested," he told ABC, and further, people need to be held accountable every single time, Crews told Time.

Zeke Thomas, son of NBA hall of famer Isiah Thomas and renowned DJ and music producer, has been very vocal about his own experience of rape since well before the Harvey Weinstein allegations broke the floodgates. In April of this year, he became the first male ambassador for the National Sexual Violence Resource Center. And still, Thomas says, Crews' story had a profound impact on him. "A straight, big, masculine, black male was assaulted," Thomas told me on "Salon Talks." "This isn't just a gay issue, this isn't just a women's issue, this is now a human issue. And we're bringing that to the forefront."

"The takeaways and lessons are simple: it can happen to anybody, at any time, anywhere," he added. "It's all around us and this monster has to be defeated."

Moving the conversation about sexual assault forward has faced roadblocks at every turn. The public is generally comfortable with supporting famous white women, and much less inclined when the victims are of color, or trans, poor or not women at all.

This was made clear with the attacks by Lena Dunham against actor Aurora Perrineau when she alleged that she was raped by a writer for Dunham's show "Girls." "Things women don't lie about: rape," Dunham once tweeted. When confronted by a woman of color who lodged an accusation against one of her white co-workers, and having no proof of its falsehood outside of the assurances of her friend, however, Dunham said, "this accusation is one of the 3 percent of assault cases that are misreported every year." Funny how that happened.

As well, both Weinstein and members of the public saved their strongest doubts and indictments of the producer's many accusers for actors Lupita Nyong'o and Salma Hayek, both women of color. Further a New York Times story about a culture of rampant sexual harassment in Ford plants that mostly targeted women of color has received significantly less coverage than any similar accounts coming from Hollywood.

Similarly, much of the entertainment industry has shown a certain disregard when it comes to Crews' claims. Venit initially took a leave of absence after the allegations, but returned to his job one month later. Weinstein, and many others like him, will likely never work again.

But Terry Crews and countless others may have begun, ever so slightly, to convince the media that the status quo of privileging the plight of white women will not cut it any more when it comes to systemized sexual misconduct. Until the power dynamics behind the abuse of all people are upended, until victims are no longer questioned and doubted more than their alleged perpetrators, they will stand there as a reminder that the survivors can be anyone, from golden-haired Best Actress Academy Award winners, to Latina factory workers, to trans individuals, to boys of all colors, to 6'3", 245-pound black men.

If we are going to make real strides in tackling sexual harassment and assault in the workplace and elsewhere, we must let go of any preconceived notions or visions we have about victims and survivors. The nature of abuse and predation is broad and ravenous enough that it doesn't make such distinctions, that its targets are as varied as those who commit it.

By acknowledging only the white, only the feminine, only the famous survivors, we lose the opportunity to address the problem in whole rather than in part, to attack it at the roots rather than at the branches.

Luckily, we've got Terry Crews helping to lead the way there.