A Christmas poem for skeptics

The poem I read every Christmas features bureaucratic angels, sensible gifts and a tool only humans can make 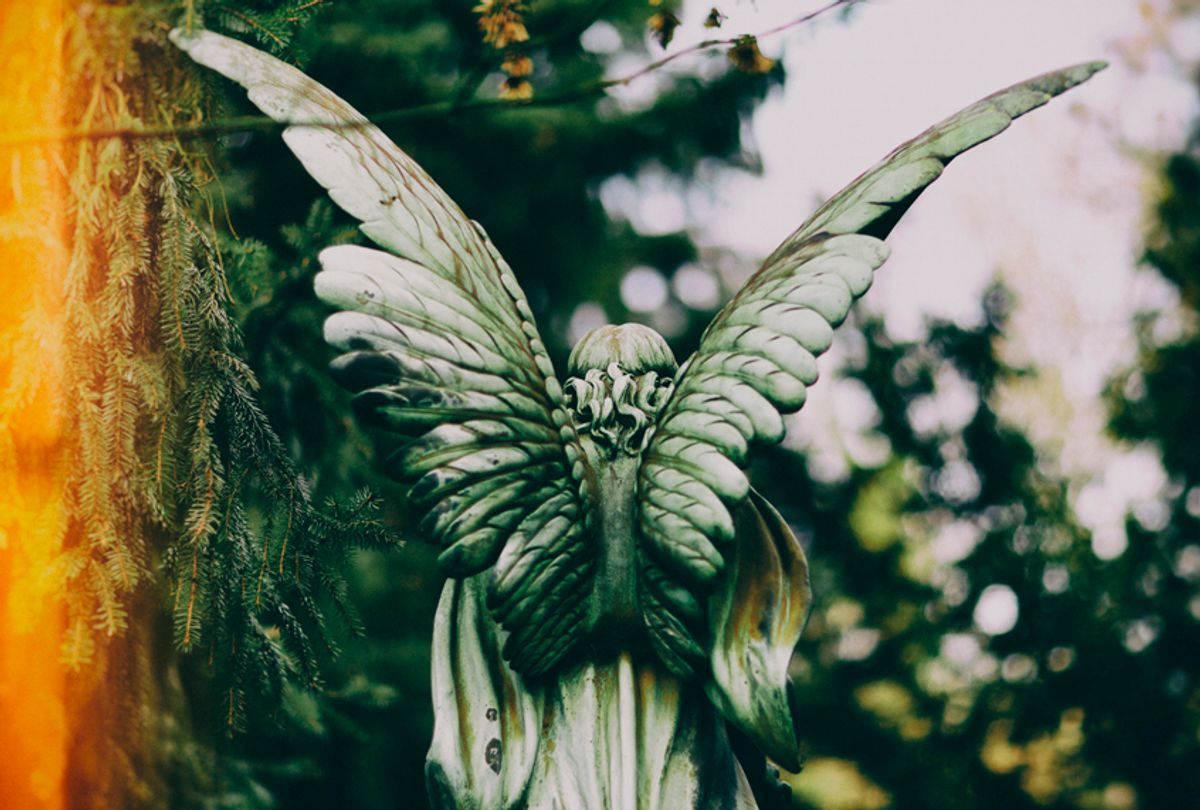 The most oft-recited Christmas poem is probably Clement Clarke Moore’s “A Visit from St. Nicholas,” which set the standard for the classic American Santa Claus goodie-drop as we’ve come to know it. By the time Christmas Eve and Day roll around, though, I've had my fill of perfect rhymes, pleasing Dickens knock-offs and Rankin/Bass stop-motion heroics, to say nothing of dancing sugar plums. It is usually cold, and always dark, and I want to pause for a minute and contemplate what the victory of light over darkness — a central Christmastime/Winter Solstice metaphor, even for those who don't believe the story unfolded as written — can mean for a secular or faith-challenged human in the coming year.

About 12 years ago I found what I consider to be the perfect Christmas poem, “Homo Habilis: The Tool-Maker,” written by Wisconsin poet Kevin Ducey, and now I read it every year. Mostly to myself — it went over like a lead balloon at a somewhat earnest Christmas poetry party (yes, Virginia, that event was real!) I attended one year — and every year it helps me inch closer to a greater understanding of what it means to put one foot in front of the other, even in the darkest of days, especially as someone who doesn't follow a specific faith practice.

"Homo Habilis" might not be billed expressly as a Christmas poem, but it takes place at Christmas and features dangerous creatures, so if "Gremlins" and "Die Hard" count, so does this. The poem, which was published in Ducey's 2004 book “Rhinoceros” (selected for the American Poetry Review’s Honickman First Book Prize by Yusef Komunyakaa), opens in a dystopian past/future mash-up where necrofauna rampage through the ravished suburbs.

I saw a wooly rhinoceros yesterday
and we chased it down to the Stop'n Rob.
Edmond killed it, but we were too far
from the cave to get it back home
before nightfall and the hyenas.

As Christmas poems go, it’s an unorthodox beginning. But how else do we establish that the mundane and miraculous are about to converge? In his introduction to the book, Komunyakaa writes of Ducey’s playfulness with language, praising how in this poem, “[t]he sacred bleeds into the profane, and boundaries grow almost invisible,” which is a Christmas story set-up if I’ve ever known one. And so on this particular Christmas, the poem’s speaker and his cave-dwelling cohort, who have given each other drill bits as presents (“We don’t really like each other, but a tool is always / appreciated”), receive an unearthly visit in the form of “[a] pack of angels / from the main office” who have come to inspect and report back on their progress. If you've ever suspected that if there were such things as angels, they’d be officious a-holes, this poem is on your side.

They ignored Edmond and his
fancy talk about astronomy, but they
fluffed their wings over my new drill bits.
"Atta boy," they said. "Nice tool."

The mortals try to please the celestial bureaucrats with some tool-making show-and-tell. The inspection is going well, until “Susan had to wreck it all” by telling the angels about her daughter’s tragic, accidental death. Here Ducey illuminates that which makes us specifically mortal — it’s not our ability to forge widgets from natural objects but our innate capacity for suffering, not just dying but surviving each other’s deaths.

"This sorrow is my tool — sharpened
so hard and close to my heart,"
she said to the head angel.
“I don't need a stone to sharpen it,
this blade never grows dull. It is with me
always, never far
never far from my hand. Do you see?
Do you see its fine, sharp edge?"

Confronted with the power of human suffering and the anger that accompanies it, the angels are nonplussed, even threatened; they can’t deal. It's not exactly Tony Kushner's miraculous being crashing through Prior's ceiling to jumpstart a prophecy. Here's how the poem ends:

. . . . They backed
from our cave as if afraid. At the door, the last one paused,
his wings, we now noticed, looked a little worse for wear,
"from here out," he said, "you suckers are on your own."

Angels are supposed to be dropping knowledge on and scaring the hell out of humans — with divine revelations, or a particularly scathing report to the main office, whatever — so when the tables turn, it's both shocking and oddly comforting. If the divine in some form did reveal itself on earth, wouldn't it be as terrified of and revolted by us as we are of it? And yet despite the abandonment, the tool-makers, we are left to assume, can keep going. They have work to do — survival, maintaining community, and maybe even figuring out their purpose without inspectors from above keeping notes on their progress. That's a reason to outrun the hyenas.

All of Ducey's "Rhinoceros" is worth reading, so if you have gift cards burning a hole in your pocket today, consider picking up a copy. Good luck to all attempting to observe this time of year with some measure of reflection and contemplation, when “all is calm, all is bright” could be shattered at any moment by a rogue tweet. We are all walking around with a blade inside us, and maybe 2017 has honed your point extra sharp. Our capacity to be transformed by loss is a tool; let's appreciate what it can do when wielded with courage, not fear, and carry that forth into the new year.