Fluoride in the water: Too much of a good thing?

While a small dose of fluoride can help prevent cavities, overexposure can harm teeth — and even brain development 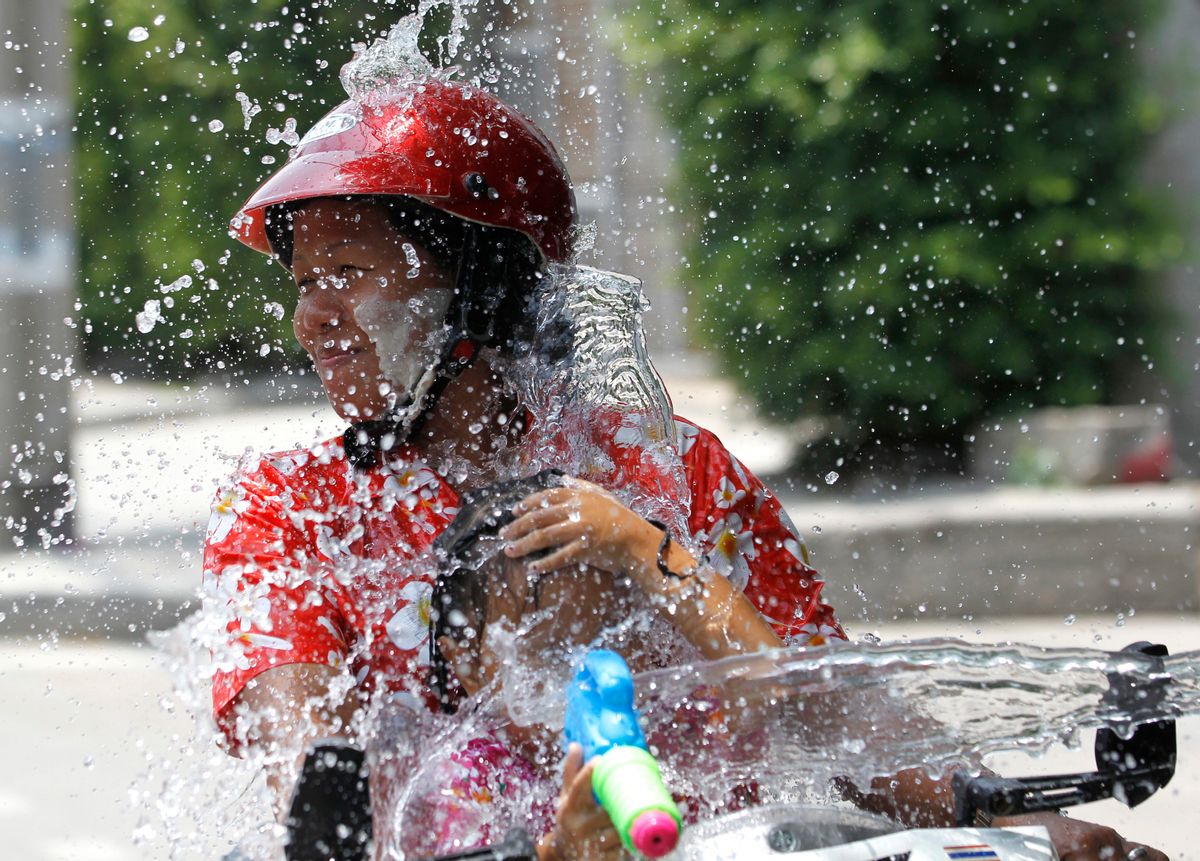 In the early 1900s, a young dentist named Frederick McKay moved to a Colorado town where the residents’ teeth — though in some cases stained chocolate brown — had far less decay than was typical back then. He and other researchers eventually linked the phenomenon to fluoride in the town’s drinking water — a eureka moment that would usher in what is often called one of the 10 great public health achievements of the 20th century. Grand Rapids, Mich., in 1945 became the first city to fluoridate its water supplies. Today, two out of every three Americans receive drinking water containing the chemical, and the federal government is pushing to raise the numbers further.

Yet few substances found in drinking water trigger as emotional and polarized a public reaction as fluoride. In the fevered imaginations of conspiracy theorists, including members of the John Birch Society, fluoridation was denounced as a Communist plot, a view satirized in the film “Dr. Strangelove.”

It turns out that, when it comes to fluoride, there is a risk of getting too much. Abundant evidence suggests that while a small dose of the chemical can help prevent cavities, some American children are being exposed to amounts of fluoride that could be harmful to their teeth — and, possibly, even damaging to their brain development. A key reason is that our daily exposure to fluoride has been increasing for years, with the chemical used in everyday items such as bottled drinks, processed foods, toothpastes and mouthwashes, along with pesticide residues and even the air, thanks to industrial emissions.

On top of that, millions of Americans rely on water supplies with what federal agencies consider more than the optimal level of the chemical. Water utility fluoridation practices often contribute to more-than-optimal concentrations but, for an estimated 5.7 million Americans, naturally occurring fluoride is to blame.

Health conditions linked to too much fluoride include:

Dental fluorosis: A condition stemming from fluoride overexposure among children typically up to about 8 years old, when teeth are developing and enamel is still forming. Dental fluorosis can vary in severity from mild tooth discoloration to severe staining, enamel erosion and pitting. Some academic experts believe that more than 5 million Americans suffer from moderate or severe dental fluorosis, with the highest rates believed to be among adolescents.

Skeletal fluorosis: A disease in which excessive fluoride accumulates in bone tissue. It can lead to problems like joint pain, fractures and osteosclerosis, which involves abnormal bone hardening and increased bone density. In worst case scenarios, skeletal fluorosis can lead to crippling deformities of the spine and joints. The more severe forms of skeletal fluorosis typically are associated with long-term exposure to particularly high levels of fluoride.

Neurological problems: Recently published research highlights these potential hazards. In September, a long-term study in Mexico came out that found a link between increased levels of prenatal fluoride exposure and lower IQ in children. In addition, a pair of 2015 studies by British and Canadian researchers suggested a link between fluoride overexposure and hypothyroidism and attention deficit hyperactivity disorder.

The Centers for Disease Control and Prevention and its parent agency, Health and Human Services, consider fluoride concentrations in water of 0.7 parts per million, or ppm, the sweet spot — a level high enough to prevent tooth decay but low enough to avoid mild dental fluorosis or more serious problems. In light of that, another HHS agency, the Food and Drug Administration, in April 2015 urged bottled water companies to avoid adding fluoride that would raise concentrations above that so-called optimal level.

The CDC also suggests a variety of measures to protect children. They include a recommendation for families with youngsters under 8 to consider alternate sources of drinking water, or filtering their water, if they live in communities where fluoride occurs naturally at levels above 2 ppm. CDC officials estimate that nearly 900,000 Americans receive drinking water with fluoride above 2 ppm, which they say is high enough to erode tooth enamel.

Yet the Environmental Protection Agency, which regulates the nation’s water quality, is much less stringent. While it recommends keeping maximum fluoride concentrations below 2 ppm, its legal ceiling for water utilities is twice that high, at 4 ppm. A critical National Research Council report in 2006 called for reducing that limit, saying it raises the risk of problems such as bone fractures. “It’s just not protective, period,” said Kathy Thiessen, a contributor to the report and now an environmental toxicology expert at the Oak Ridge Center for Risk Analysis in Tennessee.

The EPA, which reevaluates drinking water standards every six years, twice decided against taking any action on the issue since the NRC published its findings in 2006. In fact, the last time the EPA changed the legal limit, in 1986, the agency boosted the ceiling to its current level, apparently to ease the financial burden on water utilities in areas where high fluoride levels occur naturally. In a statement to FairWarning, an EPA spokesperson said that a revision to its fluoride requirements would be “not appropriate” at this time, and that the agency will continue to “monitor the evolving science and will reevaluate the drinking water standard for fluoride in subsequent regulatory review processes.”

In the meantime, experts outside of government increasingly express concern about the health effects of fluoride, especially for especially pregnant women and small children. Even at concentrations simply above the optimal level of 0.7 ppm, “The concern is real that fluoride could be a neurotoxicant,” said Philippe Grandjean, an environmental epidemiologist at the Harvard T.H. Chan School of Public Health and co-author of a 2012 review of scientific literature on the neurotoxicity of fluoride.

Thiessen agreed. “There is an increased risk of cognitive damage or other neurological damage with higher fluoride intake. The question is, is there a level below which it is safe? And I think probably not.” Thiessen said that while she is “disappointed” the EPA hasn’t tightened its limits, she isn’t surprised. “Unfortunately, it’s a very politicized issue.”

For its part, the American Dental Association downplays the consequences of high fluoride concentrations in some drinking water systems. An ADA spokesperson, for example, said in an email that the most common type of dental fluorosis in the U.S. is so mild that it has “no effect on tooth function and may make teeth more resistant to decay.” The association says it supports fluoridating water, but only up to the 0.7 ppm level.

“I don’t know anyone who would advocate for supplemental fluoridation of a water source above what we know to be safe,” explained Ben Hoffman, a fluoridation supporter who directs a safety center at the Oregon Health and Science University Doernbecher Children’s Hospital in Portland.

Even so, some utilities continue to fluoridate water to above the 0.7 ppm level. No up-to-date government figures exist on the number of Americans exposed to drinking water fluoridated to above that point, but the advocacy and research organization Environmental Working Group estimates that, as of 2015, the figure was 28 million. However, federal authorities reduced the level they consider optimal that year to the current 0.7 ppm — previously, in some cases, it was as high as 1.2 ppm — and since then many water utilities are believed to have reduced their fluoridation.

That’s cold comfort for Jessica Trader, 31, who suffers from dental fluorosis that she attributes to the water she drank while growing up in various parts of North Carolina. At first, her fluorosis appeared as little white spots. As she got older, the stains darkened and now, she says, it looks like there’s lipstick permanently on her teeth. What’s more, Trader says her teeth are very fragile. “My teeth keep breaking,” she said, including one time recently when a tooth fractured while she was chewing candy.

Scientists have long recognized the strong link between excessive fluoride and dental problems. The 2006 report by the National Research Council found that 10 percent of children drinking water fluoridated to around 4 ppm suffer severe dental fluorosis.

The new Mexico study, however, underscored the point that fluoride may be harming children’s brains, too. In that study, researchers spent 12 years studying nearly 300 mothers and their children. They found a connection between high exposure of pregnant women to fluoride and lower intelligence test scores by their children later on, at age 4 and in the 6-to-12 age range. No similar investigation has been conducted in the U.S. but, in Canada, researchers are looking into the issue, using a sample size that is three times larger than in the Mexican study.

The tricky politics of fluoridation have played out in Portland, Oregon, the largest city in the U.S. not to fluoridate its water. In 2012, the Portland City Council approved the practice. Opponents fought back, getting the issue placed on the ballot the following year and, after a heated campaign, voters rejected fluoridation for the fourth time since 1956.

At the federal level, too, fluoride has had a contentious history.

In 1986, the EPA raised the legal limit for fluoride to the current 4 ppm. Supporters of the increase said the cost of filtering out fluoride would dramatically boost water bills, while some health experts argued that too little was known about the potential health effects from fluoride overexposure, especially among children. After the 1986 threshold increase, a group of former EPA scientists joined with the Natural Resources Defense Council to sue the agency, but they lost in court.

In the years since, scientific evidence about potential harm from too much exposure to fluoride has mounted. Last year, the National Toxicology Program, an arm of the National Institutes of Health, published a review of scientific literature that found a connection in animals between fluoride consumption and learning and memory defects.

For consumers, the options are limited. Home filtration systems can remove fluoride from tap water, but they don’t come cheap. Many of the most common technologies — such as reverse osmosis, deionization and activated alumina — cost in the hundreds of dollars.

Bottled water isn’t necessarily any better than public water supplies. The Food and Drug Administration has urged bottled water companies to avoid adding fluoride that would raise concentrations above the optimal 0.7 level. Even so, the agency allows those businesses to sell water with up to 2.4 ppm fluoride, if it was bottled in an area with high naturally occurring fluoride.

For Jessica Trader, the North Carolinia native who has suffered with dental fluorosis for years, the failure to take a tougher stand against high fluoride levels is maddening. Trader, who now lives in San Francisco, is involved with an environmental organization that joined with other groups this year to sue the EPA. They are waging a long-shot effort to force the agency to shut down water fluoridation programs around the country. Trader describes water fluoridation as a “reckless policy,” because some people are more sensitive than others to the chemical.

“Why haven’t we done anything about it sooner?” Trader said. “It’s affecting people’s lives in all these different ways, and they [federal officials] are just turning a blind eye to it.”