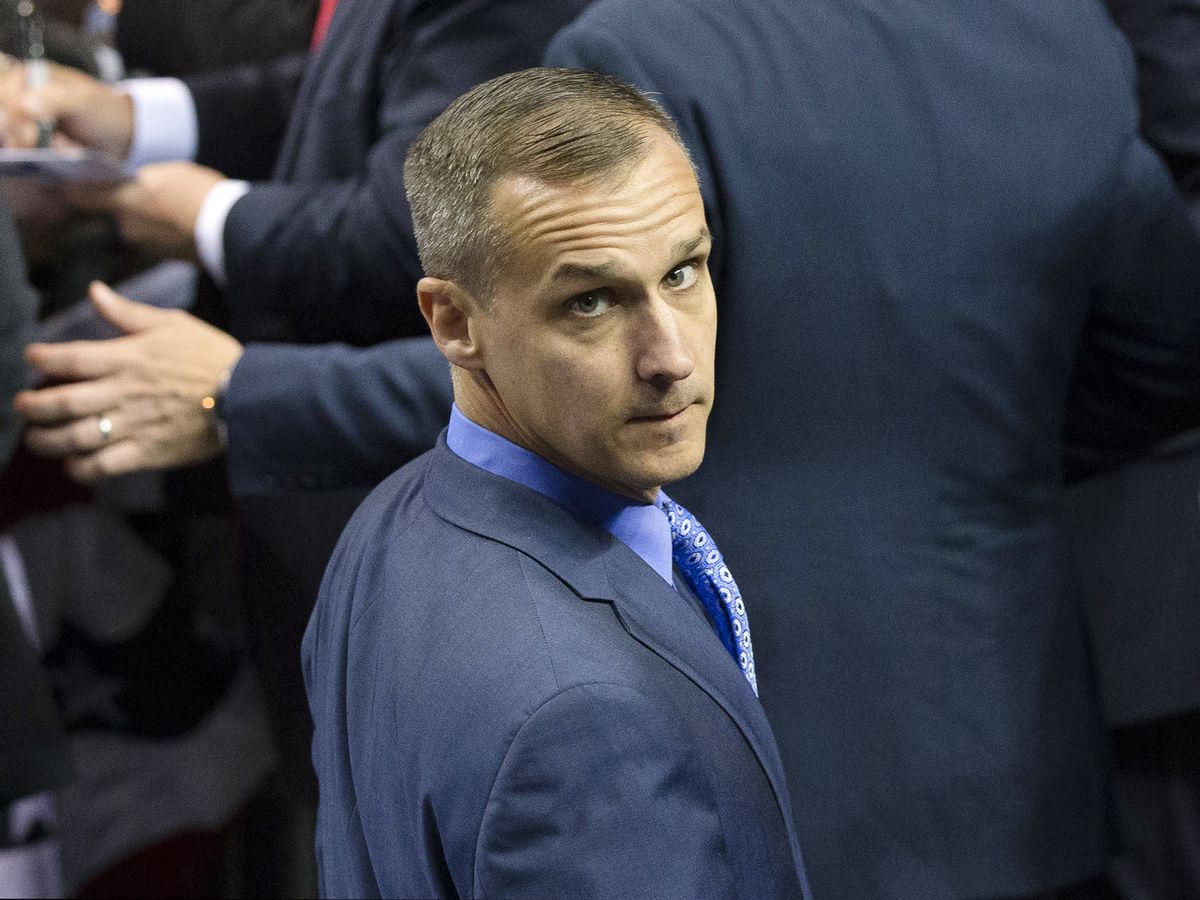 FILE - In this April 18, 2016 file photo, Corey Lewandowski, campaign manager for Republican presidential candidate Donald Trump, appears at a campaign stop at the First Niagara Center in Buffalo, N.Y. CNN has hired Lewandowski as a commentator on the campaign, only days after he was fired by Trump. (AP Photo/John Minchillo, File) (AP)
--

Lewandowski reportedly sexually assaulted Villa at a holiday party on November 28 at the Trump International Hotel in Washington. Villa told CNN he slapped her bottom twice while they were posing for a photo. Politico first reported the incident on Dec. 22;  according to the report, the two had never met prior to the party.

“I’m wearing this silver suit and stretchy pants, and after the photo, he smacks my ass really hard,” Villa said in the Politico report. “It was completely demeaning and shocking.”

Villa later tweeted about it, including a photo that was taken before the alleged incident happened.

Villa reportedly confronted him after the alleged incident and told him that she could report his behavior as sexual assault, to which he allegedly responded "I work in the private sector" and proceeded to slap her again.

Lewandowski "was drinking" and "appeared to be in bad spirits," according to Villa in the CNN report.

The police report, which does not mention Lewandowski's name, was reportedly filed on Christmas Eve. Salon obtained a copy of the report, which is short on details. "C1 disclosed she was the victim of a sexual assault," it reads simply.

In Newsweek's account, they note that "another partygoer confirmed Villa’s version of events as '100 percent' true."

This is not the first time Lewandowski has faced allegations of harassment or abuse. In March 2016, he was charged with simple battery after he allegedly yanked former Breitbart reporter Michelle Fields' arm backward at a Florida campaign event, though the charge was later dropped for lack of evidence.  Lewandowski was never prosecuted, and he publicly denied the alleged incident on Twitter, claiming that he had never even met the reporter.

Since the alleged incident, Villa, who is an avid Trump supporter herself, has been vocal about sexual harassment and assault on Twitter. On Dec. 26, she shared the following message:

She also went on to share her thoughts on how sexual harassment and assault correspond to politics at the moment.

"This issue of sexual harassment and sexual assault is a non-partisan issue," Villa told CNN. "Democrat or Republican, all of us should join to combat this."