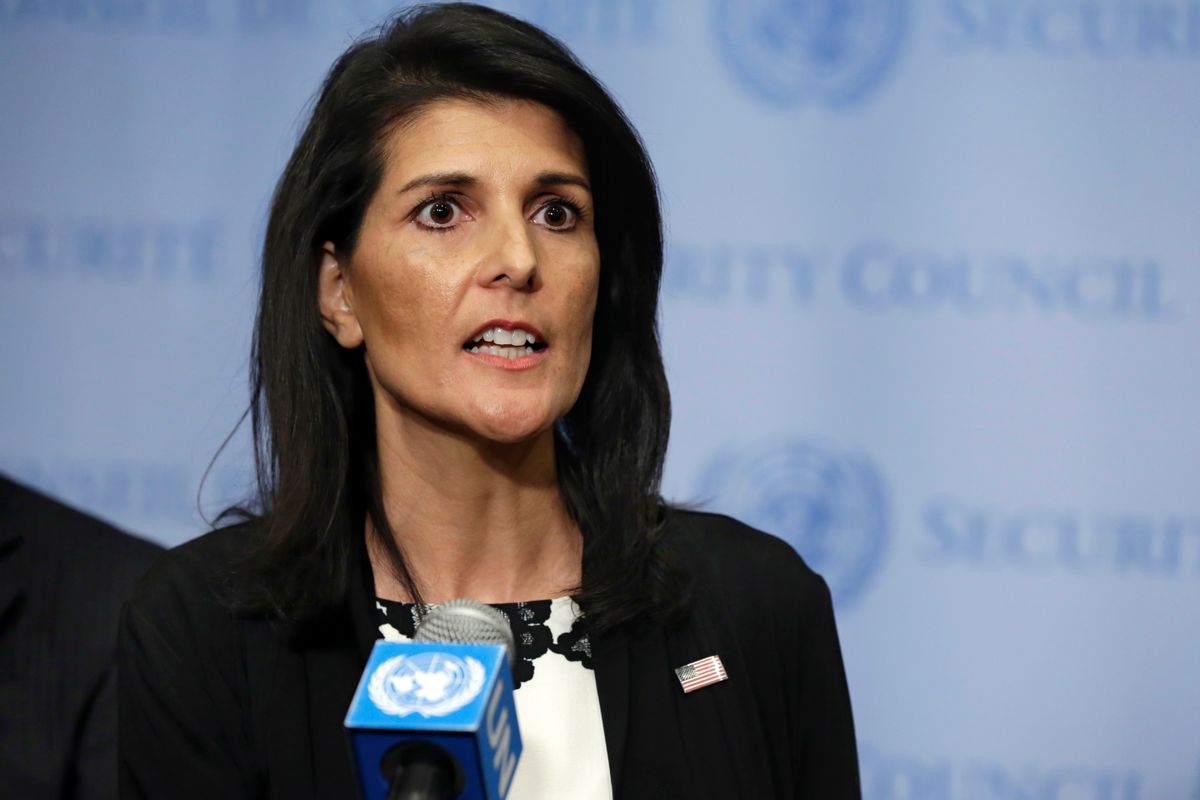 The U.S. hasn't been too generous to the United Nations this holiday season.

Following negotiations, the United States has announced it will slash budget obligations to the United Nations in 2018-2019 by more than $285 million, as the move has been looked at as an attempted show of strength by the Trump administration to those who oppose U.S. policy positions.

"The inefficiency and overspending of the United Nations are well known," Nikki Haley, the U.S. ambassador to the U.N., said in a statement from the U.S. Mission on Sunday. "In addition to these significant cost savings, we reduced the U.N.’s bloated management and support functions, bolstered support for key U.S. priorities throughout the world, and instilled more discipline and accountability throughout the U.N. system."

The statement continued, "We will no longer let the generosity of the American people be taken advantage of or remain unchecked. This historic reduction in spending – in addition to many other moves toward a more efficient and accountable U.N. – is a big step in the right direction."

But the announcement comes a week after Haley said the U.S. would "be taking names" in the lead up to the U.N. General Assembly's vote, in which countries then overwhelmingly condemned President Donald Trump's decision to recognize Jerusalem as the capital of Israel.

Prior to the U.N. vote last week, Trump said at a cabinet meeting, "Let them vote against us," The Guardian reported.

"We’ll save a lot. We don’t care. But this isn’t like it used to be where they could vote against you and then you pay them hundreds of millions of dollars," Trump continued. "We’re not going to be taken advantage of any longer."

Trump has, for the most part, been criticized for his Israel decision, but he repeatedly railed on the U.N. during his campaign as being far too dependent on U.S. funds. The timing of the budget cuts makes it clear that the Trump administration is willing to harm the standing of the U.N. — by cutting its contributions — so long as other nations stand opposed to U.S. decisions.