We, Tonya: Disgraced skater finds redemption as symbol of 2017 feminism

In "I, Tonya," the 1990s figure skater's all-consuming anger makes the perfect avatar of women's rage circa 2017 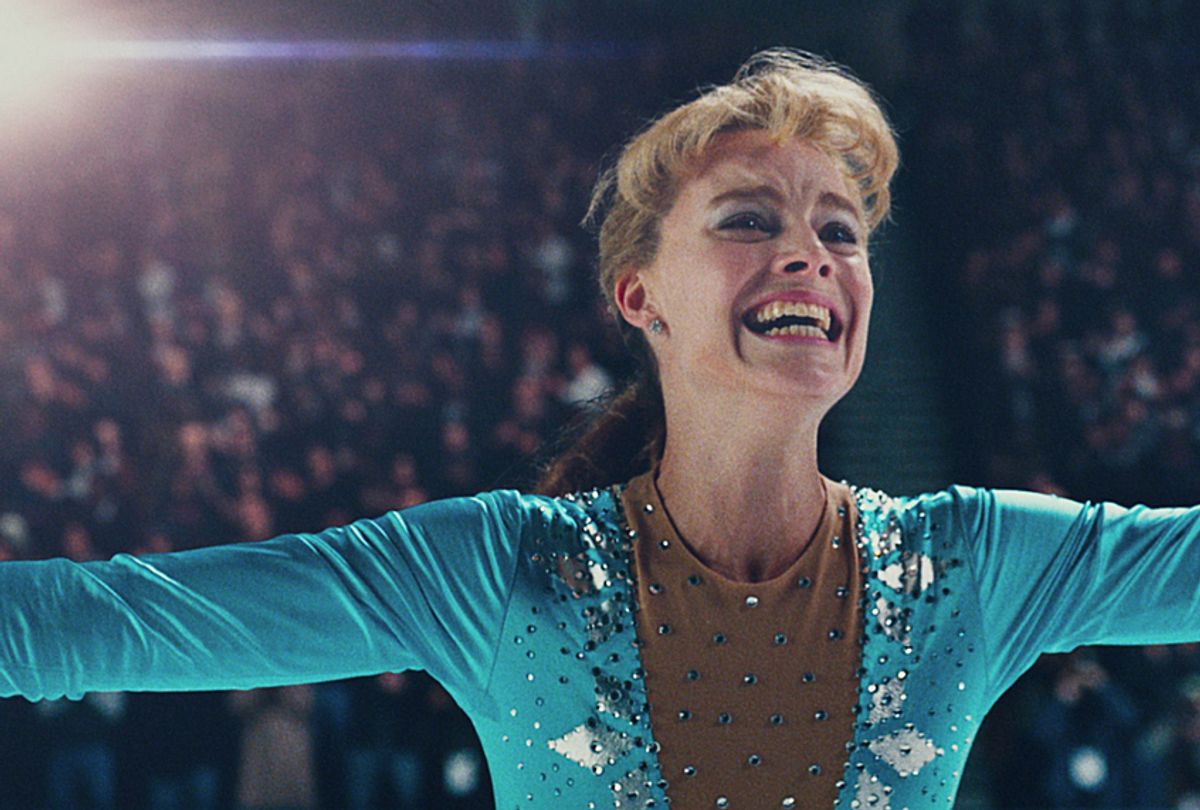 My first thought upon walking out of "I, Tonya," the recently-released indie film starring Margot Robbie as disgraced figure skater Tonya Harding, was: Tonya was wronged. My second thought was that "I, Tonya" is the greatest sports film I've ever seen.

Most sports films, even the classics, have two things in common: They're about men and they buy uncritically into the romantic narrative about the athlete's journey to find himself through the struggle toward greatness.

"I, Tonya" breaks the mold, not just by telling the story of the story of failure and loss, but by grappling with the role that gender and sexism played in ruining a woman who may at one time have been the greatest figure skater in the world at. Regardless of whether you believe Harding played a role in planning the attack on fellow skater Nancy Kerrigan in 1994 (I personally don't think she did), what is apparent some 23 years after the fact is how well Harding's story symbolizes the way that the world treats women who ask for something more out of life than being passive objects.

"You didn’t need to have taken women’s studies to see how nasty the coverage of Tonya was and how it just went through the playbook of every single bad thing you can call a woman," said Lynn Harris, a writer and comedian who founded Gold Comedy, a school that teaches stand-up comedy skills to girls.

Even by modern TMZ-style standards, the media circus around Harding in 1994 was ridiculous. (The scene in which a tabloid journalist vandalizes Harding's truck so he can get angry photos of her is 100 percent based on the truth.) Harris, who was not only a figure skater herself but a dead ringer for Harding, ended up spending much of that year working as a Harding impersonator, and actually won a celebrity impersonation contest on Geraldo Rivera's talk show.

As Harris explained, most of the work she was offered was to mock Harding, who spent the months between the attack on Kerrigan and the Winter Olympics as the country's biggest villain. It wasn't just that Harding was assumed guilty of the attack on Kerrigan, which Harding's then-husband, Jeff Gillooly, was convicted of arranging. Harding was reviled because of who she was: A working-class tomboy who angered people by insisting that female athletes be taken seriously as athletes, instead of hiding their power and hard work under the silly, feminine affectations of figure skating.

Harding was often, for instance, referred to as "thunder thighs," which angers Harris to this day.

“If you can do a triple axel, show me your thighs," she said, referring to a gravity-defying jump that Harding became the first American woman to pull off in international competition. (And the only one, until Mirai Nagasu did it in 2017.)

Harris was uneasy being asked to mock Harding — and refused to do any events that assumed Harding as guilty — but, in her words, was "young and innocent and naive and also ambitious." She said she would try to stand up for Harding during events, saying that she was proud to be compared to "a plucky athlete who sewed her own costumes and became a world champion against all odds."

Those odds were steep. "I, Tonya" (directed by Craig Gillespie, from a screenplay by Steven Rogers) clearly and compellingly makes the case that misogyny, intertwined with classism, crippled Harding's ability to make the most of her god-given talents. It was the sexism of the world at large, which was all too ready to punish Harding for her transgressions against traditional femininity. But it was also the sexism at home. The abuse dished out by Gillooly (played by Sebastian Stan), who later went to prison for masterminding the attack on Kerrigan, is framed as the main reason Harding's performances started to slip after she set the triple-axel record. He is portrayed as a man who cannot stand knowing his wife is the reason for her own success, and who tries to take control of her career and her life by planning an absurd crime that led to Harding's lifetime ban from competitive figure skating.

To be clear, Tonya Harding is a difficult woman to like. As anyone who has seen the ESPN "30 for 30" documentary "The Price of Gold" can attest, Harding is an exasperating and endless fount of self-pity. She seems incapable of taking responsibility for any of her own choices — a fact that "I, Tonya" doesn't shy away from, and where at times it finds dark comedy.

Yet as I watched Robbie's masterful performance of Harding's relentless whining, it became hard not to notice that Harding has a point about nearly everything she complains about. It is unfair that skating judges prefer pretty princess types to rock-and-roll-loving tomboys. Gillooly does seem to have been controlling and abusive, as was Harding's mother. Her laces really did break during the 1994 Olympics, and she did the right thing by asking for a do-over instead of risking a serious ankle injury by competing with a loose skate. I'm a capital-F Feminist, and even I have internalized sexist resentment against women who complain too much.

Between "I, Tonya" and the ESPN documentary that clearly influences it, it's safe to say that Harding has finally gotten her media redemption. It's too little, too late for Harding herself. But for the rest of us, there might still be salvation. It's one more sign that Americans are finally starting to deal with women's anger, instead of telling us to stuff it lest we come across as, heaven forbid, unlikable.

"Of all the feelings that have surfaced since January — sadness, depression, hopelessness, rare bits of joy — the one that has sustained, motivated and sometimes felt like it was destroying me, has been anger," Samhita Mukhopadhyay writes for Mic. She notes that 2017 was the year when women's rage, which "had been simmering for decades," boiled over, starting with the Women's March and continuing with the #MeToo movement that has outed hundreds of powerful men for sexual harassment and abuse.

Twenty-three years after her name became a punch line, Harding is now an emblem for our era: She's angry, she's messy, she's incredibly flawed and she doesn't apologize for it. Nor should she have to. In 1994, the worst person you could compare a woman to was Tonya Harding. Going into 2018, we all need to be more like Tonya, willing to call out unfairness when we see it and refusing to buckle under the pressure to be nice.