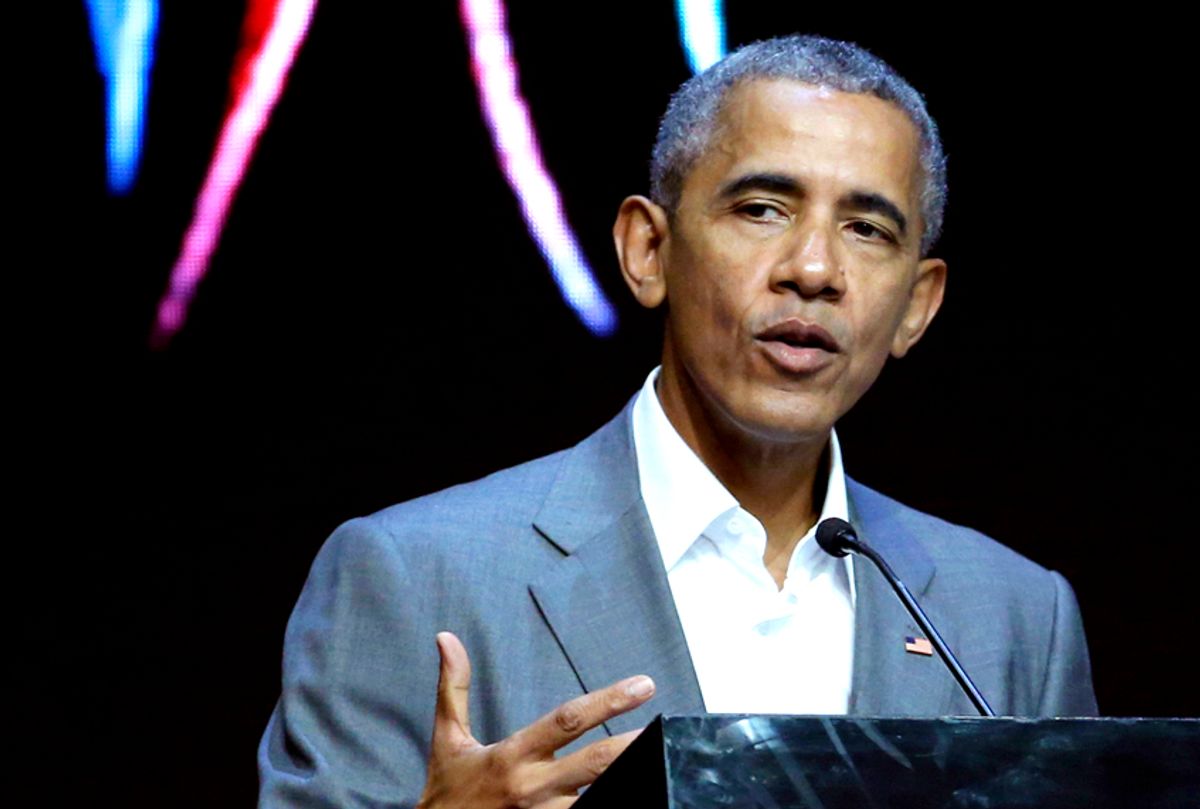 When Prince Harry interviewed former president Barack Obama during the Toronto Invictus Games in September, the two powerful men managed to discuss the pitfalls of living in the Trump era without mentioning Obama's successor by name.

The BBC aired their interview on Wednesday.

"One of the dangers of the internet is that people can have entirely different realities. They can be cocooned in information that reinforces their current biases," Obama told Prince Harry. "The question has to do with how do we harness this technology in a way that allows a multiplicity of voices, allows a diversity of views, but doesn’t lead to a Balkanization of society and allows ways of finding common ground."

He further explained: “The truth is, on the internet everything is simplified, but when you meet people face to face it turns out it is complicated.”

This didn't mean that Obama has entirely soured on the idea that new technology can have a positive impact on the political process. He specifically noted his historical 2008 presidential campaign had been made possible by new technologies.

"You have this African-American, mixed race, born in Hawaii, named Barack Hussein Obama and somehow he becomes president," Obama told Prince Harry. "How did that happen? Well it happened primarily because you had a bunch of 20-year-olds and 23-year-olds and 25-year-olds who started going out into communities that oftentimes they’d never been in before and believed in the possibilities of a different kind of politics."

Obama also implicitly criticized his successor's approach toward the internet, arguing that "all of us in leadership have to find ways to recreate a common space on the internet." At the same time, Obama claimed that he felt "serenity" as he left office to be replaced by Trump, although he did feel regret for "all the work that was left undone."

Looking back at his presidency, Obama remarked, "we had run a good race."