GOP operatives have sought to distort or reshape reality for decades. Now they have outside help from experts 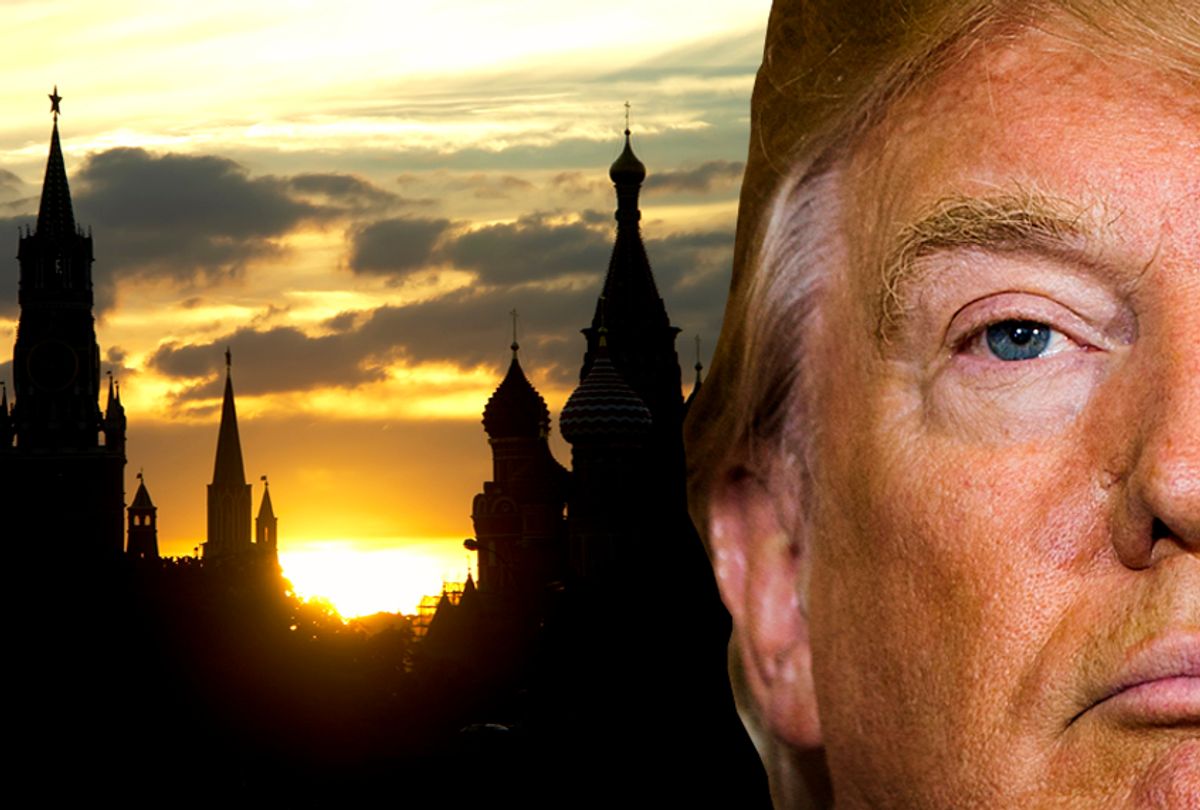 Someone asked me over the weekend to use one word to describe how I've felt over the last year and I replied, "disoriented." It's amazing how off balance I still feel, more than a year after Donald Trump won the biggest upset in presidential election history. It's not just the fact of having such a witless, unqualified person leading the country, although that's plenty disorienting. It's that there continues to be this challenge to what we commonly define as reality, which makes each day something of an emotional roller coaster. The sheer number of "alternative facts," the degree of "whataboutism" and the extent of "I know you are but what am I" reactions from Republicans and conservative media is enough to give you a headache every day before noon.

This is not to say this all a brand new thing. The right has practiced this form of politics for a very long time, if not so relentlessly. You could go back to Nixon and the dirty tricks and "ratf**king" of the Watergate era to see "meddling" in campaigns, such as the tactics employed against Sen. Ed Muskie, who ended his 1972 presidential campaign after he responded badly to a fake letter to the editor implying that he was prejudiced against French-Canadians.

As far as propaganda goes, the Republicans led by onetime House Speaker Newt Gingrich used to hold seminars and offer courses on how to use demeaning buzzwords to describe their Democratic opposition as unnatural and deviant. He spent two decades training the right wing in today's hardcore rhetorical battles, with the conscious goal of distorting Americans' perceptions of such previously anodyne concepts as the common good, inalienable rights and the general welfare into nefarious schemes to steal money from hard-working citizens and turn American culture into a sewer of decadence and immorality.

By the time George W. Bush won the election by dubious means in 2000, we were very far along the path of all-American "active measures" to deceive the public with sophisticated misinformation. Case in point: the Iraq war. Former Vice President Al Gore wrote a book about all this a decade ago called "The Assault on Reason," which contains this quote:

As we now know, of course, there was absolutely no connection between Osama bin Laden and Saddam Hussein. In spite of that fact, President Bush actually said to the nation at a time of greatly enhanced vulnerability to the fear of attack, "You can't distinguish between them."

Thomas Jefferson would have recognized the linkage between absurd tragedy and the absence of reason. As he wrote to James Smith in 1822, "Man, once surrendering his reason, has no remaining guard against absurdities the most monstrous, and like a ship without rudder, is the sport of every wind."

The Obama years were an interregnum, during which the right gathered its strength after a fateful cratering of its agenda at the end of the Bush administration. Its forces recovered in time to steal a Supreme Court seat in 2016 and somehow pull off Donald Trump's stunning upset.

It is important to keep that context in mind as we contemplate the latest reports of efforts by the Russian government to "sow chaos" and meddle in the election on Trump's behalf last year. Let's just say that the ground had been well tilled by American conservatives before Mark Zuckerberg was even a gleam in his daddy's eye.

Having said all that, this story in The Washington Post is an eye-opener. Speaking to numerous former and current government officials, reporters Adam Entous, Ellen Nakashima and Greg Jaffe conclude that the Russians had been trying for years to do what they did in 2016, and the U.S. government didn't take the threat seriously. These same foreign actors will likely seek to disrupt and discredit the elections in 2018 and 2020. If the administration continues to deny that it's even happening, they may even try to tamper with results.

Nobody knows to what extent Russian agents were effective in actually putting Trump in office. These things are difficult to measure, and there were a dozen different factors that could account for the close result. But they've been at it for years, to one degree or another, and had honed these techniques in other countries, which ought to have served as a warning to Americans. All the evidence suggests Russians or their allies are continuing to employ them even as we speak. According to the Post, the Trump administration isn't exactly putting the pedal to the medal to thwart this -- even assuming U.S. officials have a clue how to do that, which they don't.

Apparently, the Obama administration didn't either:

The events surrounding the FBI’s NorthernNight investigation follow a pattern that repeated for years as the Russian threat was building: U.S. intelligence and law enforcement agencies saw some warning signs of Russian meddling in Europe and later in the United States but never fully grasped the breadth of the Kremlin’s ambitions. Top U.S. policymakers didn’t appreciate the dangers, then scrambled to draw up options to fight back. In the end, big plans died of internal disagreement, a fear of making matters worse or a misguided belief in the resilience of American society and its democratic institutions.

It doesn't appear that things have gotten any better, particularly since President Trump is so sensitive about the topic that his advisers are afraid to even bring it up for fear that he's going erupt and the whole day will be ruined.

Former House Intelligence Committee chair and former acting CIA director Michael Morell (who called Trump "an unwitting agent" of Russia back in August of 2016) wrote an op-ed contending that Russian agents are still active on social media, attacking GOP Trump critics and the FBI. Apparently, they even helped push a boycott of Keurig, the manufacturer of coffeemakers, when it pulled its advertising from Sean Hannity's Fox News show. Oddly, the Russians still seem to believe that the best way to "sow discord" and "create chaos" is to help Donald Trump and the Republican Party.

At this point, these Russian agents are just extensions of the Republican political operation, which has been at the disinformation and propaganda game for a long time and which is obviously happy to have help from outside experts. Indeed, it's hard to know who's leading and who's following at this point. Maybe special counsel Robert Mueller can unravel that for us too.