Following a stroke, veteran journalist Amanda Davis has passed away at 62 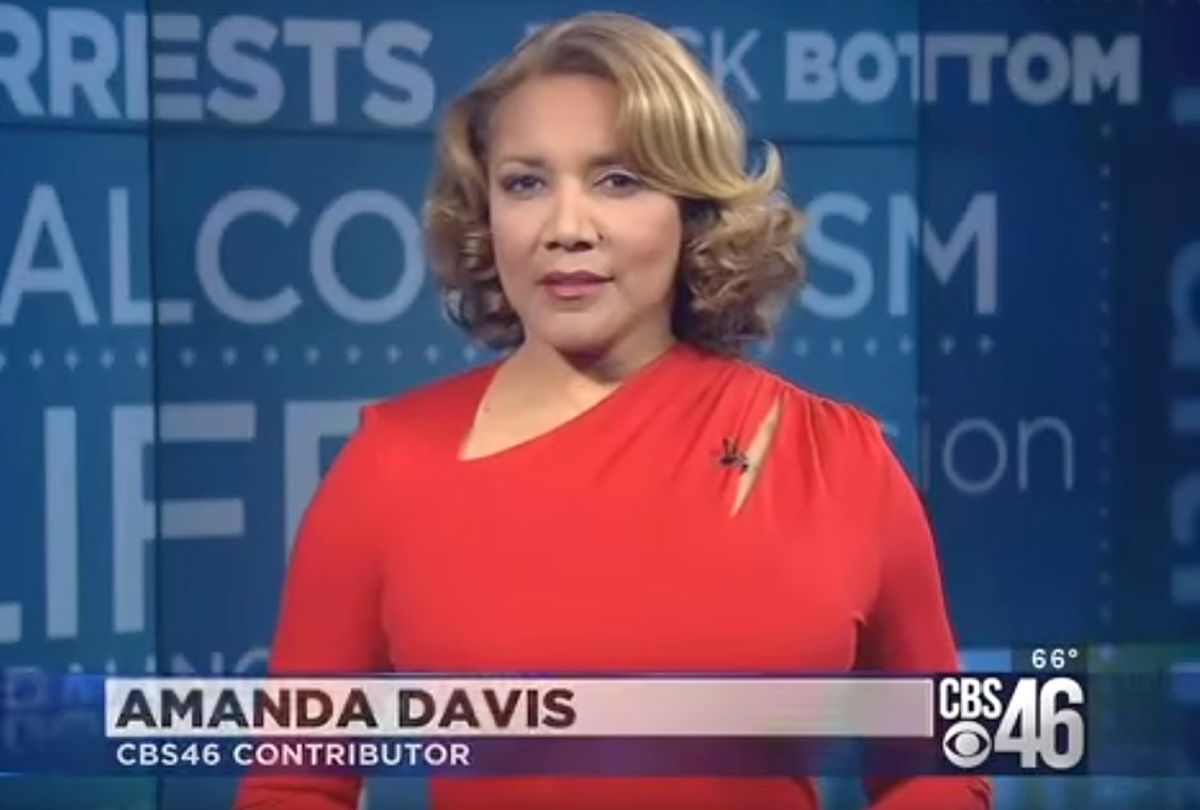 Beloved Atlanta local news anchor Amanda Davis died Wednesday after suffering a stroke on the way to her stepfather’s funeral.

The 62-year-old veteran television journalist suffered a stroke Wednesday night at the Hartsfield-Jackson International Airport. Though rushed to a local hospital, she died shortly after arriving. Davis was on her way to mourn the death of her stepfather in San Antonio, when the stroke occurred.

Atlanta’s CBS 46 confirmed her death, posting a tribute to the reporter. The station said that she was surrounded by family and friends at the time of her passing.

Davis was a staple in local news for 25 years. She was previously the host of WGCL-TV's morning news and noon show and was a reporter and anchor for the local Fox affiliate WAGA from 1986 to 2013. Her career included covering Coretta Scott King’s funeral and interviewing President Barack Obama.

Davis was also vocal about battling alcoholism following a series of DUI arrests, using her own experiences in an effort to help those going through similar struggles. She spoke candidly in a 2016 interview with The Atlanta Journal-Constitution.

In it, she claimed difficulties with a past relationship saw her slowly transforming from a "social drinker" to someone with a genuine disorder. About the rehab course she was assigned after a DUI she said, "It felt good," adding, "I had learned a lot and gotten to the underlying issue for the drinking and my depression, which was the loss of that relationship. I was wallowing in that grief and drinking to feel better."

Prior to her death, Davis had been grieving the loss of her stepfather and tweeted about mourning and funeral plans.

Davis is survived by her daughter, Hollywood writer Melora Rivera.