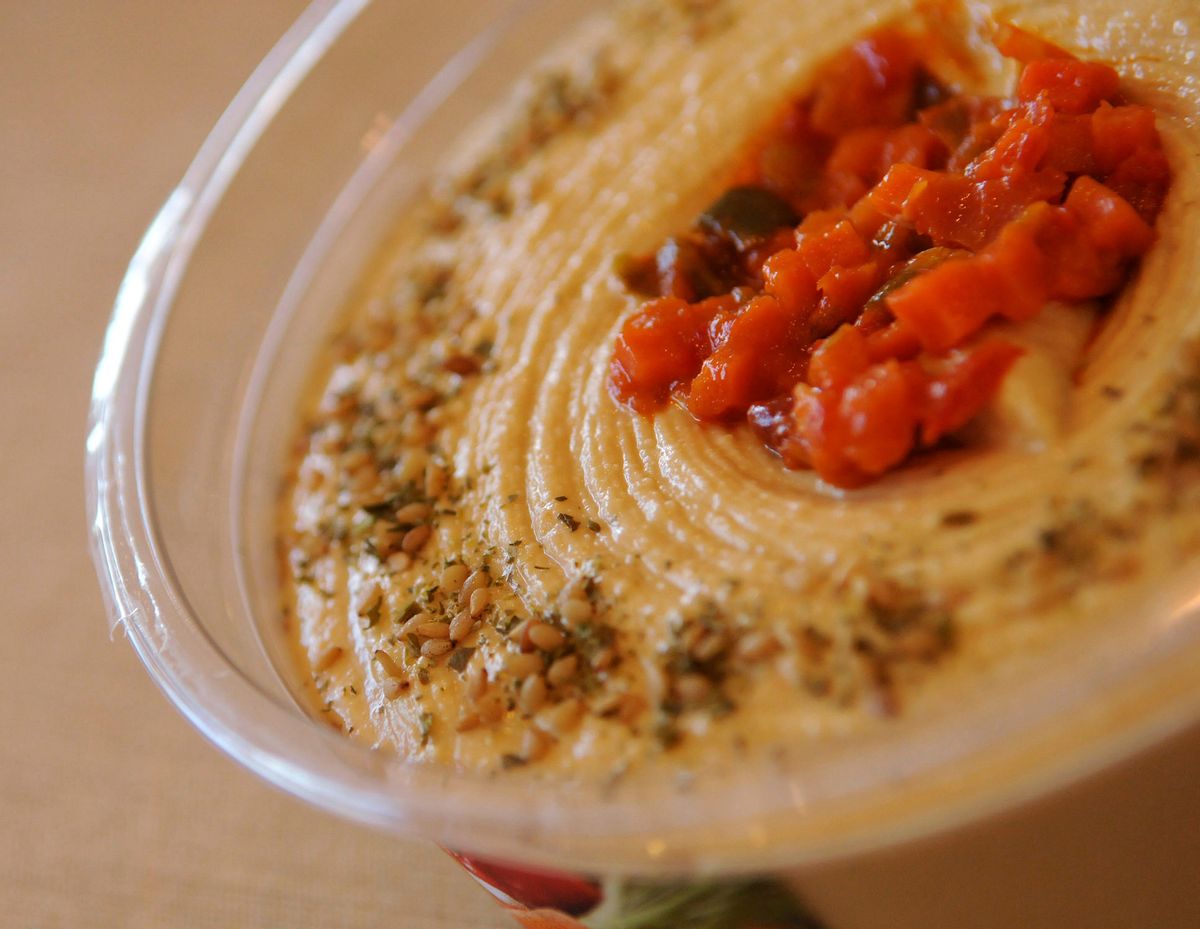 FILE - In this July 12, 2012 file photo, a sample of Sabra hummus is set out during a groundbreaking ceremony for the expansion of Sabra Dipping Co.'s Chesterfield County, Va. production facility. Sabra Dipping Co. on Monday, Nov. 21, 2016, announced it is voluntarily recalling Sabra hummus sold in the U.S. and Canada with a a “Best Before” date of Jan. 23, 2017, or earlier due to a possible Listeria contamination. (Patrick Kane/The Progress-Index via AP, File) (AP)
--

The Food and Drug Administration's reactions to recalling contaminated food in a timely manner have been abysmal, and inefficient policies have left potentially unsafe food in stores long after the agency had knowledge of it, a new report from the inspector general of the Department of Health and Human Services revealed.

The motivation behind the independent review was "to determine whether FDA is fulfilling its responsibility in safeguarding the nation's food supply now that it has mandatory recall authority." The FDA, a government agency established to promote and protect public health, "did not always have an efficient and effective food-recall process that ensured the safety of the nation's food supply," the report determined.

Out of 1,557 foods recalled between 2012 and 2015, 30 cases reviewed by federal investigators showed that food companies took an average of 57 days after the FDA first learned of the contamination to recall products.

"Our review found that FDA does not have adequate policies and procedures to ensure that firms take prompt and effective action in initiating voluntary food recalls," George Nedder, the report's lead author, an assistant regional inspector general at HHS said, according to NPR. "This means that dangerous food products may have remained in our nation's food supply for weeks after FDA was aware of the contamination."

He added, "In one case, a baby died, and nine others became ill, all from consuming cheese that contained listeria — 81 days passed from when FDA learned of the adulterated product, to when the firm initiated the recall."

The report recommended, along with other procedures, "that FDA use its Strategic Coordinated Oversight of Recall Execution (SCORE) initiative to establish set timeframes, expedite decisionmaking and move recall cases forward, and improve electronic recall data."

"I take these obligations very seriously. Making sure the FDA has effective recall practices in place, and that we take immediate action to address unsafe foods, are high priorities of mine," he said. "Our recall authorities – and how we deploy them – are a cornerstone of our vital, consumer protection mission."

He added, "Among other steps, I want to do even more to make sure that consumers have the information they need to avoid hazardous products that are the subject of recalls, or to seek assistance if they may have been exposed to a recalled food product."

Gottlieb's credibility as FDA head has been called into question since his appointment, as he has a history of having a cozy financial relationship with big pharmaceutical companies. He also has a history of favoring faster drug approvals, and as Trump continues to push forward his deregulatory agenda, it could potentially mean less regulations or oversight at the FDA as a whole.