In a lawsuit, a man contends is that being locked out of a standup set is a "repugnant" form of a discrimination 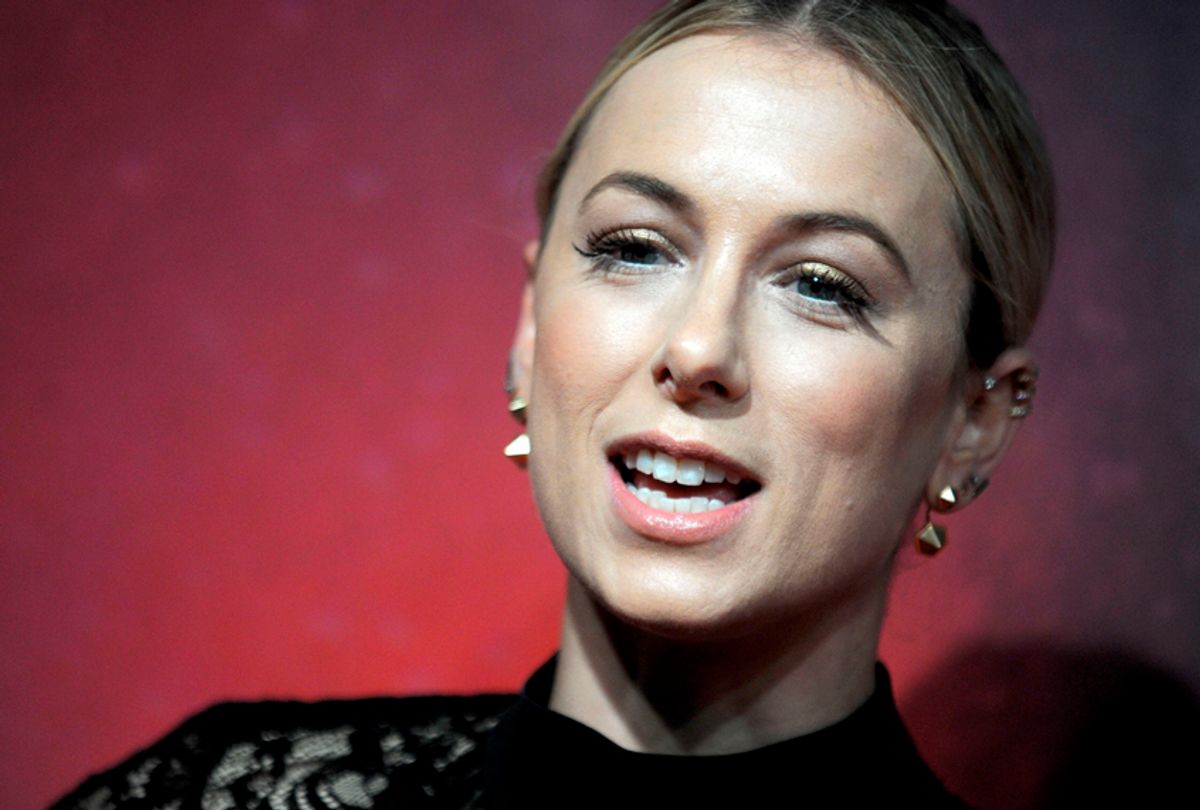 One George St. George is suing comedian Iliza Shlesinger for not allowing men to attend her comedy show "Girls Night In" in what appears to be a violation California law.

According the filing, St. George purchased a $30 ticket to Shlesinger’s November show in at the Largo venue Los Angeles, one which was openly advertised as "No Boys Allowed." Though St. George and another male friend were first told they could enjoy the show from the back of the audience, they were eventually denied entry altogether, and offered a refund.

St. George believes that being turned away because he is a male is "akin to the Montgomery City Lines bus company in Montgomery, Alabama circa 1955" and "as repugnant and unlawful as a business or an individual being involved in a 'Caucasian Night' or a 'Heterosexual Night.'"

The suit, and complaints of this nature, are nothing out of the ordinary. St. George and his attorney, Alfred Rava, have gone after "ladies nights" at bars and similar public venues, where women are typically offered discounts and deals not offered to men, in the past. (One could argue that at least some of those events are inherently misogynist tactic, given that establishments use them to lure more women and, thus, more men looking for women).

The suit against Shlesinger, a winner of NBC's "Last Comic Standing," is one of several similar suits in which St. George is a plaintiff. According to CNN, Rava has filed no less than 150 complaints in which he accuses businesses of violating the Unruh Civil Rights Act of 1959, legislation that outlaws discrimination based on sex, race, disability, sexual orientation and the like.

Other businesses have also come under fire for hosting events geared towards women at the exclusion of men. The Alamo Drafthouse's women-only screenings of "Wonder Woman," for instance, inspired a similar lawsuit. Men's rights activists or those who have sympathy with that cause commonly decry such events as proof that it is men, and not women, who are the endangered, oppressed class in modern American culture.

The suit against Shlesinger is based off of a similar case dating back to 1985, Koire v. Metro Car Wash, in which the California Supreme Court ruled that "ladies nights: discounts were unlawful and men are "entitled to equal treatment."

Rava did not specify how much St. George was seeking in damages. Rather, in these anti-discrimination cases, Rava's main goal is typically to ensure "the defendants [begin] to treat female and male consumers equally," as was the case with a prior suit in which Rava went after Chic CEO, a tech-business which "hosts networking events and provides online resources for female entrepreneurs." Stephanie Burns, founder of the startup, said that defendants in these cases are often backed into a corner, as “it's cheaper [to settle] than to fight it, even if you didn't do anything wrong.”

Rava previously served as the secretary for the National Coalition for Men, a men's rights activist organization that seeks "to help men take a self motivated step toward independence" by focusing on issues such as parental custody, domestic violence against men and false rape accusations.

In the filing, St. George somewhat incredibly suggested that it is Shlesinger, and not he, who is preserving and enforcing the patriarchy. Shlesinger has "repudiated hundreds of years of women's struggles to be viewed as being equal to men," the suit reads, "and is typical of old-fashioned sexism that might also advise a young woman that her best chance for a happy life is to ace her home economics class and learn how to make a queso dip from Velveeta to catch a good man."

Shlesinger had no specific, quotable statement on the suit, but seems to have offered this tweet in response:

For my fans, the 🍤 has come to mean solidarity. We are a group of people who get it. So to you and to all, i say 🍤✊