Why are all these Florida Republicans attacking Bob Mueller?

Maybe it's coincidence that Florida congressmen benefited from Russian hacking, and now bemoan the "deep state" 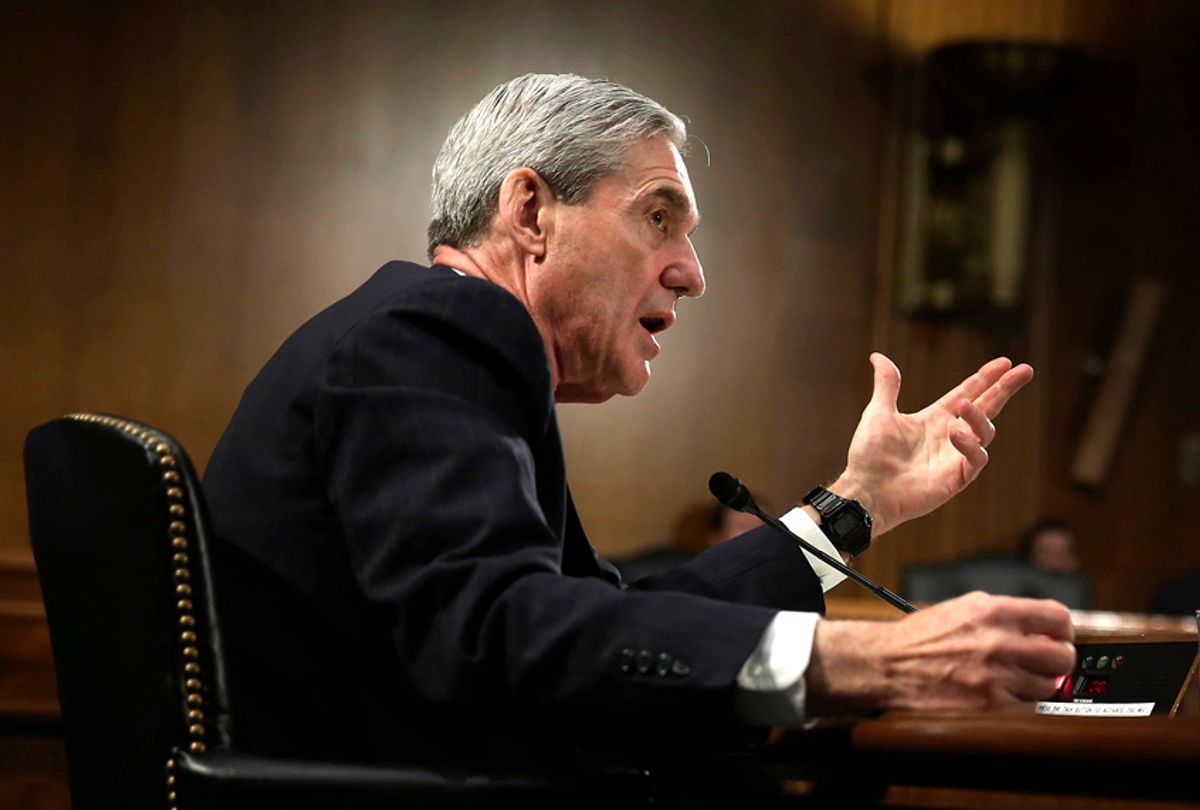 I would like to see the directors of those agencies [the DOJ and FBI] purge it and say, "Look, we’ve got a lot of great agents, a lot of great lawyers here." Those are the people to see and know the good work’s being done, not these people who are kind of the deep state.

On Wednesday, Rep. Ron DeSantis, another Florida Republican, went on "Fox & Friends" and backed up his colleague's sentiments, saying, "You look at a guy like Peter Strzok [the FBI agent demoted for ending derogatory texts about many politicians including Trump]. If he’s gonna say that it’s his job as an FBI to prevent a certain candidate from getting elected. . . . Anyone who turns up in that situation, I think they should get another line of work.”

For what it's worth, Strzok is a counterintelligence agent who appeared concerned that the "certain candidate" might be acting as an agent of a foreign adversary, which was important information the nation didn't have before the election. In any case, from what we can gather, these Republican congressmen identify nefarious "deep state" actors as those who cannot swear that they are not now and have never been a . . . Democrat.

As one can imagine, the use of the word "purge" brought forth some rather unfortunate historical images. We haven't seen evidence that they plan the usual accompanying show trials, but give them time. Republicans in Congress are working feverishly to prepare hearings on the Hillary Clinton "Russian uranium email treason" hearings so there's a chance we'll see some kind of facsimile before 2018.

The hysteria that's now raging seems a bit of an outsized reaction for this particular phase of the scandal, especially considering that Mueller actually did remove the offending "deep-staters." Isikoff may have come across a different motivation than simple loyalty to President Trump. He wrote:

In just the last few weeks, his prosecutors have begun questioning Republican National Committee staffers about the party digital operation that worked with the Trump campaign to target voters in key swing states. They are seeking to determine if the joint effort was related to the activities of Russian trolls and bots aimed at influencing the American electorate, according to two of the sources.

It would not be surprising if certain Republicans were to become a bit nervous when the investigation into Russian interference turned in that particular direction. It's flown under the radar since the election, but the fact is that it wasn't only the Democratic National Committee and John Podesta's email accounts that were hacked. The intelligence community identified the same group of Russian-affiliated hackers as behind the hacking of the Democratic Congressional Campaign Committee.

I've been intrigued by this aspect of the Russian hacking story since the New York Times published an early report about it back in November of 2016. Recall that at first the hacker known as Guccifer 2.0 released personal information that was used to intimidate Democratic candidates, but then he/she/they suddenly became more sophisticated and targeted, dumping valuable tactical information:

The seats that Guccifer 2.0 targeted in the document dumps were hardly random: They were some of the most competitive House races in the country.

People have wondered ever since if the hacker(s) might have gotten some expert assistance.

Perhaps it's a coincidence that so much of the information in question was republished on a website called HelloFLA by a Florida Republican and former congressional staffer named Aaron Nevins, who was connected to Trump associate and longtime political operative Roger Stone. It could be completely random that among the core group of Mueller antagonists, those calling the probe a "coup d'état" and demanding purges of members of the "deep state" are Rep. Matt Gaetz, R-Fla., who proposed that Mueller's funding be cut off, and the aforementioned Rep. Francis Rooney, who's been all over TV talking about purging the FBI.

Indeed, as journalist Marcy Wheeler pointed out a while back, one of the ringleaders of the movement to discredit the Department of Justice and Robert Mueller, Rep. DeSantis, directly benefited from Guccifer 2.0’s leak to Nevins after the latter published five documents regarding the DCCC’s recruitment of DeSantis’ Democratic opponent, George Pappas. According to The Wall Street Journal, Guccifer 2.0 even sent a link with a HelloFLA article directly to Roger Stone, who told reporters he didn’t forward the hacked material to anyone -- the answer to a question nobody asked,

If Mueller's team is looking into the digital operation and Roger Stone's interactions with Guccifer 2.0, as one would expect them to do, then these shenanigans in Florida are also coming into view. That may explain why this little circle of Sunshine State GOP congressmen are so anxious to shut him down.

Donald Trump may think their vociferous attacks on Mueller are all about loyalty to him personally. After all, this group all flew down to Florida together on Air Force One earlier this month. But these guys have skin in the game now and may very well be caught up in the maw of the Russia investigation themselves.

They might not be the only ones. According to The New York Times, material from the DCCC hack was first used by Miami-area Democrat Joe Garcia, a former congressman, to win a tight primary race. Then "the National Republican Campaign Committee and a second Republican group with ties to the House speaker, Paul Ryan, turned to the hacked material" to undermine Garcia and re-elect Rep. Carlos Curbelo, the Republican incumbent.

It should be noted that there were some candidates who refused to use the hacked material against their opponents. This gang of Florida Republicans who are now so loudly attacking the FBI for its supposedly unethical behavior were not among them. As we all know, neither was Donald "I love WikiLeaks" Trump.