How much did Russian hacking affect congressional races? And how deeply was the GOP involved?

Why is the speaker so blasé about Russian meddling? Maybe because he knows it helped the GOP win close races 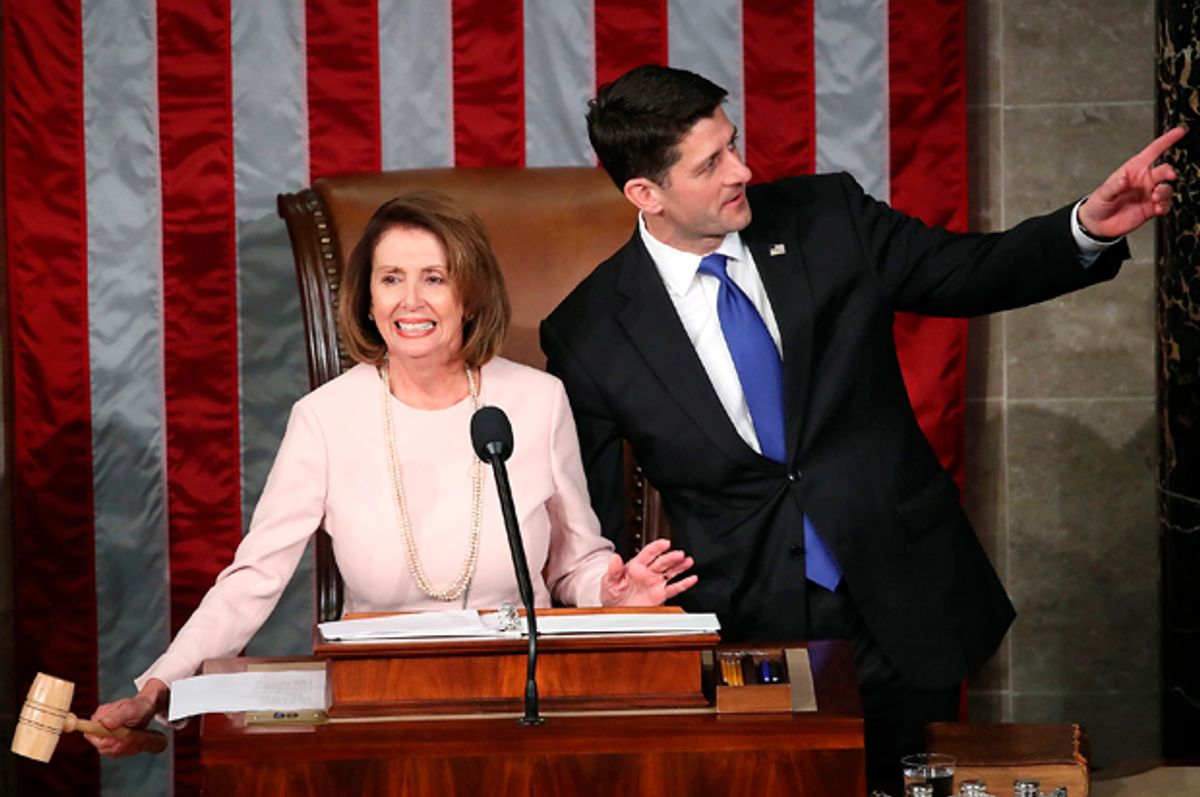 If there's one thing you can say about the Donald Trump presidency so far, it isn't boring. From horror stories at the border to Trump's semi-triumphant teleprompter speech and Attorney General Jeff Sessions being personally connected to the growing Russia scandal, this week has been a doozy.

I was not surprised that Sessions finally recused himself from the campaign scandal. It was absurd that he was not required to do so before he was confirmed. What finally forced him to take the step was the report that he had met with the Russian ambassador twice during the summer and fall, after having told the Judiciary Committee that he had not had contact with any Russian officials during the campaign. Top Democrats are now calling for Sessions' resignation, and the story of his contacts with the Russian ambassador is still unfolding with new details about whether he discussed the Trump campaign.

The upshot is that at the very least Sessions showed appalling judgment in agreeing to meet the Russian ambassador the day after The Wall Street Journal reported that the director of national intelligence had declared that the Russian government was behind the hacking of the Democratic National Committee. It's very hard to believe that this didn't come up in the conversation. Even if the two men were unaware of that comment, they must have been aware of the discussion the previous night in a presidential town hall forum with Matt Lauer, in which Trump praised Vladimir Putin in such florid terms that The New York Times story that morning began this way:

Donald J. Trump’s campaign on Thursday reaffirmed its extraordinary embrace of Russia’s president, Vladimir V. Putin, signaling a preference for the leadership of an authoritarian adversary over that of America’s own president, despite a cascade of criticism from Democrats and expressions of discomfort among Republicans.

One of those discomfited was House Speaker Paul Ryan who was quoted in the article saying, “Vladimir Putin is an aggressor who does not share our interests,” and accusing the Russian leader of “conducting state-sponsored cyberattacks” on our political system.

This was just one of the many times Ryan zigged and zagged during the campaign, constantly calibrating how far he could go in criticizing Trump while keeping Trump's passionate voters off his back. This particular issue was a tough one, since until quite recently the Republicans had been inveterate Russia hawks and the abrupt switch to dovish goodwill was undeniably disorienting.

Prior to Sessions' recusal on Thursday morning, Ryan held a press conference in which he blamed the Democrats for "setting their hair on fire" to prompt the press to cover the story. That was ridiculous. The press needs no prodding to cover this scandal; it's as juicy as they get. Ryan also pooh-poohed the idea that Sessions had any obligation to remove himself from the investigation unless he was personally implicated and robotically repeated the contention that nobody had seen any evidence that there was collusion between the Trump campaign and the Russians.

That may be true, and presumably we'll find out sooner or later. But it's important to remember that DNC and Hillary Clinton's campaign chair, John Podesta, were not the only targets of hacking. Russian agents also allegedly hacked the Democratic Congressional Campaign Committee. That story has been scandalously undercovered, something for which Paul Ryan is no doubt very grateful.

On Dec. 13 The New York Times published an article that laid out how the hacked material was used in various House races. At first the hackers just released a lot of personal information, which was used by hostile individuals to harass and threaten the candidates. Then the hacks and dumps by the person or group known as Guccifer 2.0 became more sophisticated and targeted certain close races, releasing politically valuable tactical information:

The seats that Guccifer 2.0 targeted in the document dumps were hardly random: They were some of the most competitive House races in the country. In [Annette] Taddeo’s district [in Florida], the House seat is held by a Republican, even though the district leans Democratic and Mrs. Clinton won it this year by a large majority.

To prepare for the race, the D.C.C.C. had done candid evaluations of the two candidates vying in the primary for the nomination. Those inside documents, bluntly describing each candidate’s weaknesses, are considered routine research inside political campaigns. But suddenly they were being aired in public.

Taddeo lost her primary race to another Democrat named Joe Garcia who used the hacked material against her. And then this happened:

After Mr. Garcia defeated Ms. Taddeo in the primary using the material unearthed in the hacking, the National Republican Campaign Committee and a second Republican group with ties to the House speaker, Paul Ryan, turned to the hacked material to attack him.

In Florida, Guccifer 2.0’s most important partner was an obscure political website run by an anonymous blogger called HelloFLA!, run by a former Florida legislative aide turned Republican lobbyist. The blogger sent direct messages via Twitter to Guccifer 2.0 asking for copies of any additional Florida documents.

By September, the hacker had released documents in close House races in Pennsylvania, New Hampshire, Ohio, Illinois and North Carolina, working with Republican bloggers who disseminated the information for them. They also posted information on Rep. Ben Ray Luján, D-N.M., the Democratic Congressional Campaign Committee chair, even though he was effectively running unopposed.

Both Luján and House Minority Leader Nancy Pelosi wrote letters to Ryan asking him not to use the material and received no response. His spokeswoman told the Times that Ryan had no control over how the stolen information was used. Nonetheless, there were some Republicans who refused to do so, saying it was inappropriate. They were rare.

I don't think anyone believes it's likely that Paul Ryan personally colluded with the Russians in this operation. The fact that many Republicans, some affiliated with the National Republican Congressional Committee and a group closely affiliated with Ryan, eagerly used it to win their campaigns is not surprising. But it is highly unlikely that Republican strategists or party officials with strong knowledge of the House campaigns didn't collude with the hackers at some point, because it's difficult to believe that Russians would have which House races to target without some help from people with expertise concerning the 2016 map.

Republican congressional leaders must be thanking their lucky stars daily that the Trump administration is such a scandal-ridden Dumpster fire. If things ever calm down in the White House, somebody might just turn his or her attention to the question of what Paul Ryan knew and when.